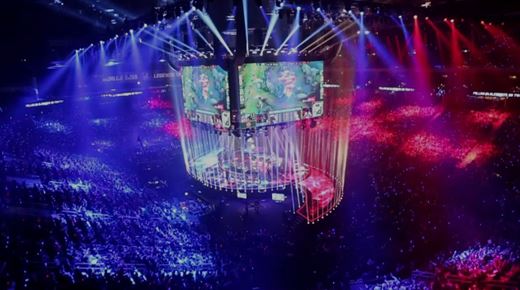 Powered by Razer’s industry leading technology, the Korean powerhouse finishes 15-1 and wins $1,000,000 in most prestigious eSports tournament of 2015

Games for Season 5 were held across Europe throughout October of this year. SKT started 6-0 in Group C, beating Edward Gaming, H2k-Gaming, and Bangkok Titans in Paris to move on to the Knockout Stage, where they went 3-0 against both ahq in London and Origen in Brussels. That set up a finals matchup with KOO Tigers at a sold-out Mercedes-Benz Arena in Berlin. SKT took the best-of-five series 3-1.

“SKT’s performance has been mind-blowing,” says Min-Liang Tan, Razer co-founder and CEO. “This has been the most dominant eSports run we’ve seen, and it came on the biggest stage possible. We’re honored to work with SKT and proud that they choose to use Razer products.”

Iconic 19-year-old Lee “Faker” Sang-Hyeok, widely considered to be the greatest League of Legends player of all time, plays for SKT. He has been described as “the Michael Jordan of eSports” by RIOT Vice President of eSports Dustin Beck. Faker commands the attention of thousands of adoring fans around the world and has recently been featured on the national news in Korea showcasing the extent of this fame.

SKT has been a force in the League of Legends community for some time now, winning $1,000,000 at the Season 3 World Championship, which was viewed by some 32 million individuals around the world, 8 million concurrently. Season 5 figures are expected to surpass that.

Razer invented the gaming peripheral category in 1998 with the advent of the first gaming-grade mouse and became the first brand to sponsor a professional gamer in 2000 when it signed legendary pro gamer Fatal1ty. The company also became the first major financial backer of any pro gaming event that same year with a $100,000 sponsorship for the Cyber Athlete Professional League (CPL).