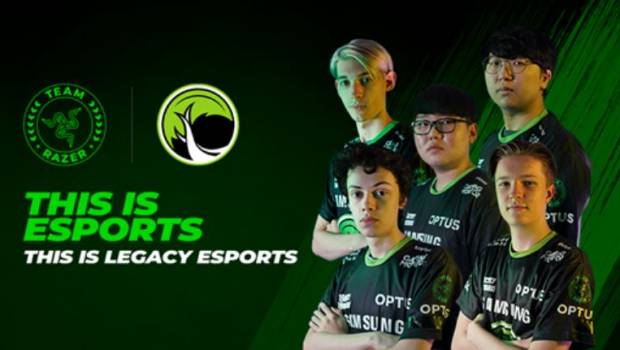 Razer™, the leading global lifestyle brand for gamers, today announced a new partnership with Legacy Esports, one of the most established and successful organisations in the rapidly growing Oceanic esports scene.

As part of this partnership, Legacy Esports players and content creators will be furnished with Razer’s latest esports peripherals, including mice, headsets and keyboards. Additionally, the teams will be involved in field-testing and providing user feedback on Razer products in development, to further improve and perfect future peripherals products.

“Team Razer has been expanding our footprint to support esports teams across the globe. Now we are proud to extend our support to the Oceanic region,” said David Tse, Global Esports Director at Razer. “Legacy Esports has proven to be a top notch esports team within Australia. We are inspired by their grit and perserverence to elevate esports within their region.”

“Joining Team Razer is a huge step for us,” said Wendel.  “We look forward to working with Razer and using their top-tier products to take Legacy Esports to the next level. 2020 is shaping up to be another massive year for us, with exciting new players and innovative plans which we hope will take us to the pinnacle of the OCE and beyond. I have no doubt that our partnership with Razer will be a key part of this next era of success for our teams.”