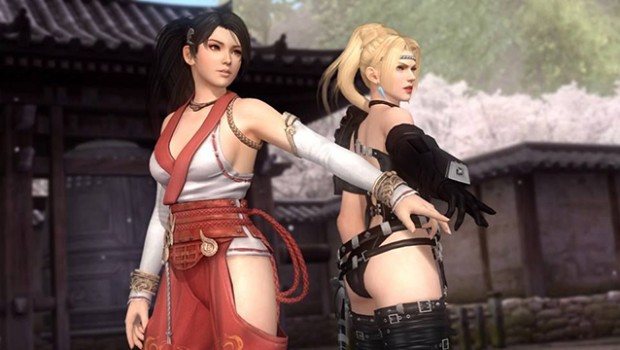 Team NINJA kicks off several weeks of festivities complete with Tecmo Bowl uniforms and characters, new Emerald, Ruby and Topaz grades, limited time in-game and free content including the classic Tecmo Bowl Throwback, all in celebration of over half a million downloads of DEAD OR ALIVE 5 ULTIMATE: CORE FIGHTERS (DOA5U: CORE FIGHTERS).

For American Football fans, Tecmo Bowl uniforms for Bass, Bayman, Leon, Rachel, Tina and Zack are being released and, as a bonus, Tecmo Bowl Throwback and DOA5U: CORE FIGHTERS are included with the purchase of any of the six costumes or the full DEAD OR ALIVE 5 ULTIMATE Champion set through November 26 (PlayStation®3 only, additional purchases will not include multiple copies). Limited time offers also include the use of Leon and Rachel free of charge for DOA5U: CORE FIGHTERS players, through November 19 (PlayStation®3 only). Additional information can be found on the official DEAD OR ALIVE 5 ULTIMATE Tailgate Party website: http://teamninja-studio.com/doa5/ultimate/us/home.html#tailgate

DEAD OR ALIVE 5 ULTIMATE heightens the signature DOA fighting style with the inclusion of new modes from DOA5 Plus, dynamic new stages, and deadly new fighters to deliver the ultimate in fighting entertainment. Players will take on the roles of their favorite DEAD OR ALIVE fighters—as well as combatants new to the franchise—in an intense, action-packed brawler set in visually striking locations from around the world. The famed DOA hand-to-hand combat is enhanced with new content that extends the experience. Along with a rich array of single-player modes including story mode, DEAD OR ALIVE 5 ULTIMATE offers online options with arcade-style matches, tournaments, and social features making it the most definitive DEAD OR ALIVE experience to date.