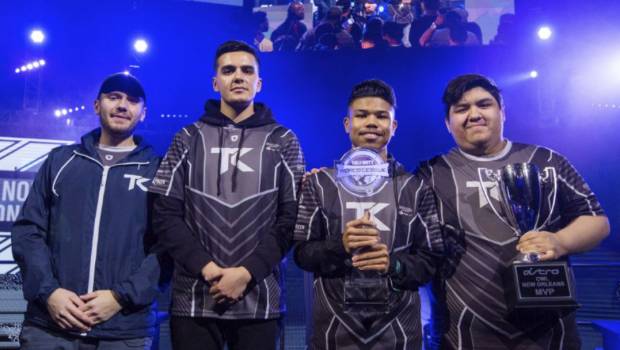 “Winning back-to-back events means the world to us. A lot of people doubted us, even after our Championship win at CWL Dallas, and I’m glad we could prove them all wrong,” said CWL New Orleans Open MVP, Martin ‘Chino’ Chino. “I’m really proud of us but being as good as we are I feel like we can keep improving. We want to stay at the top and the next challenge is the CWL Pro League and then CWL Atlanta in March.”

Teams from North America, Europe, and the Asia-Pacific region competed in the enormous open bracket during the event for a chance at being crowned champion on Sunday. Fans watched the event over the weekend in front of live fans, online at MLG.com/CallofDuty and via the in-game Call of Duty®: WWII Headquarters Theater.

Here are the final rankings for the CWL New Orleans Open:

Based on CWL Pro Points accrued throughout the season and ending with the CWL New Orleans Open, the top 16 teams to enter Stage 1 of the CWL Pro League – a multi-stage tournament series featuring teams from No­rth America, Europe and the Asia-Pacific region – will begin competing at the MLG Arena in Columbus, Ohio, on January 23.

The season continues with the next open event of the season, at the Georgia World Congress Center in Atlanta on March 9 – 11, 2018.