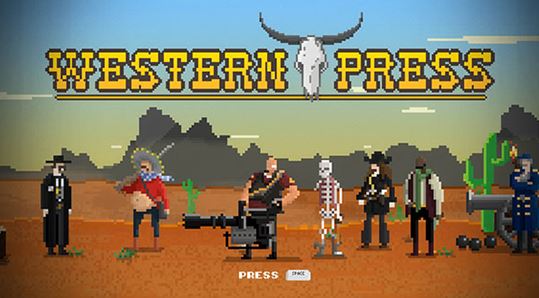 Available as free DLC, gaming’s favourite Heavy has found himself 2Far west of 2Fort. Armed only with a minigun and a (never ending) ‘sandvich’, his only way back to the war on BLU is through the cowfolk he’s surrounded by.

Fully animated by Western Press developer Bandit-1, the Heavy character comes with his iconic minigun, trusty sandvich, and is loaded with both TF2 quotes and sound effects.

For those who like customisation, Western Press includes full support for players to create their own custom characters and environments, and share them with the world using Steam Workshop: http://steamcommunity.com/app/377360/workshop/