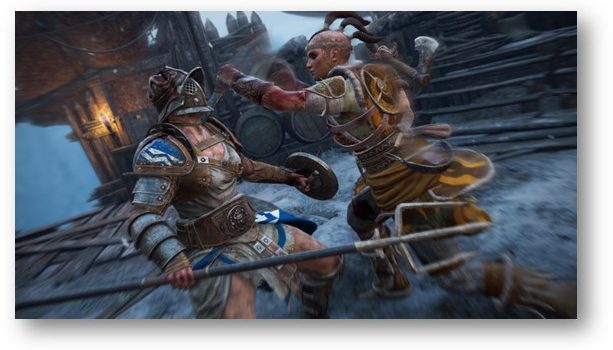 Leading Up to the New Season, Experience All For Honor Has to Offer During Free Weekend November 9–12

SYDNEY, Australia — November 3, 2017 —Ubisoft® announced that For Honor® Season Four, Order & Havoc, will launch simultaneously across all available platforms on November 14. Order & Havoc will bring ample free new content to For Honor including the brand-new 4v4 Tribute mode, two additional heroes, two extra maps as well as new customization items and gameplay updates. In anticipation of the launch of Season Four, For Honor will offer a free weekend from November 9-12 simultaneously across all available platforms which will include all content up through Season Three.

Tribute introduces a brand new way to play the game, in which teamwork and communication are more important than ever. In this new objective-based mode players fight for control of three Offerings scattered throughout the map and aim to bring them to their teams’ Shrines and secure victory. Upon the presentation of an Offering, each Shrine grants the entire team a unique buff, forcing players to make strategic choices on where to place their Offerings. In addition to this new mode, For Honor competitive play will continue to expand with the introduction of Ranked Dominion mode later on within the season, allowing players to team up with friends and compete online for glory and in-game rewards.

Two new maps, Market Town and The Gauntlet, enter into the fold. With the addition of two new dangerous warriors, each faction now boasts a full roster of six unique heroes:

As in previous seasons, the new heroes will be immediately available free for season pass holders on November 14, while all other players will be able to unlock them on November 21 for 15,000 Steel. Season Four will also introduce new weapons and customization items for all heroes and multiple gameplay updates. For the full list of addition and updates, please visit: www.forhonorgame.com/season4.

Coming to all available platforms, players will have full access to the game’s content for the duration of the free weekend, including five intense multiplayer modes, a campaign playable solo or with a friend in online co-op, as well as the entire roster of diverse and unique heroes that have been updated over nine months of gameplay changes. Pre-loading will be available starting November 7 on PlayStation®4 computer entertainment system and Uplay PC. For those who enjoy the experience and decide to continue playing For Honor, discounts up to 60% off will be available digitally across all platforms. In addition, players who purchase For Honor during the free weekend will see all their progress carry over. Please visit forhonorgame.com/freeweekend to register, start pre-loading the game and get detailed information about the free weekend. In line with the development team’s commitment to continuously improve the game, For Honor will continue to grow through consistent updates, including the implementation of dedicated servers.

Developed by Ubisoft Montreal in collaboration with other Ubisoft studios,* For Honor offers an engaging campaign and thrilling multiplayer modes. Players embody warriors of the three Great Factions – the bold Knights, the brutal Vikings and the deadly Samurai – fighting to the death on intense and believable melee battlefields. The Art of Battle, the game’s innovative combat system that puts players in total control of their warriors, allows them to utilize the unique skills and combat style of each hero to vanquish all enemies who stand in their way. For Honor will continue to grow and improve with the introduction of dedicated servers further down the development schedule.

For the latest about For Honor and other Ubisoft games, please visit ubiblog.com.