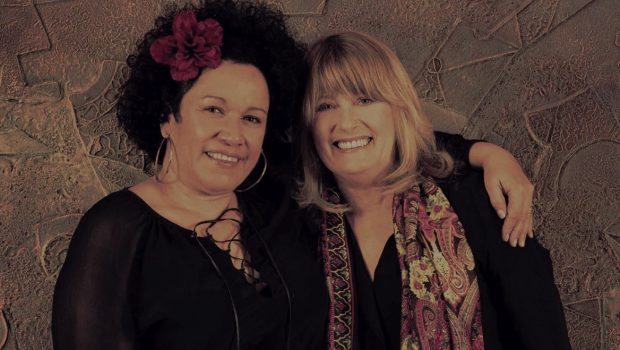 MELBOURNE, FRIDAY 17 JUNE 2016 — On the 45th anniversary of one of the best-selling albums of all time, Carole King’s pop masterpiece Tapestry will be celebrated by two of Australia’s most loved vocalists. Iconic performers Vika Bull and Debra Byrne, along with jazz chanteuse Monique diMattina and The Brill Band, will take to the Playhouse stage on 5 and 6 August to reimagine the songs of one of the most successful and revered female songwriters in pop music history.

Released in 1971, Tapestry was No. 1 on the Billboard 200 chart for 15 weeks with over 25 million copies sold worldwide. It is considered one of the most important pop albums of the 20th century, producing the mega hits I Feel the Earth Move, You’ve Got A Friend, (You Make Me Feel Like) A Natural Woman, It’s Too Late and Will You Love Me Tomorrow.

This album will form the centrepiece of the Tapestry concert created by the producer/director of the smash hit At Last: The Etta James Story. All three performers have been inspired by the work of Carole King and the Tapestry album.

“A true singer songwriter, Carole King doesn’t write to get on the radio – she writes because it is all coming from her heart. That is why I love her,” says Debra Byrne.

For 25 years, the glorious voice of Vika Bull has comprised one of the most distinctive, versatile and emotionally charged sounds on the Australian music landscape. Since a multi-platinum conquest of pop radio with the Black Sorrows in the late 1980s, Vika Bull has forged a diverse pathway into soul, gospel, blues, country and the island music of her Tongan ancestry.

Her rich solo vocals and instinctive harmonies have spawned eight albums with her sister Linda, as well as studio and concert performances by Paul Kelly, Renee Geyer, John Farnham, Hunters & Collectors, Tim Finn, Kasey Chambers, John Butler and Dan Sultan. Since 2013 Vika has been performing to packed houses in theatres around Australia in the smash hit concert, At Last – The Etta James Story.

Like Vika, Debra Byrne is an Australian music icon. At age 14 she was chosen as one of six original team members of Young Talent Time. By the time Debra was 16 she had won a Logie and the Queen of Pop award and had a single at number one for seven weeks. In the 1980s she found her true home of musical theatre with roles in Cats, Jerry’s Girls, Les Miserables, Hot Shoe Shuffle and Sunset Boulevard. She has recorded three solo albums and starred in many Australian television series, most recently as Judy Moran in Fat Tony and Co.