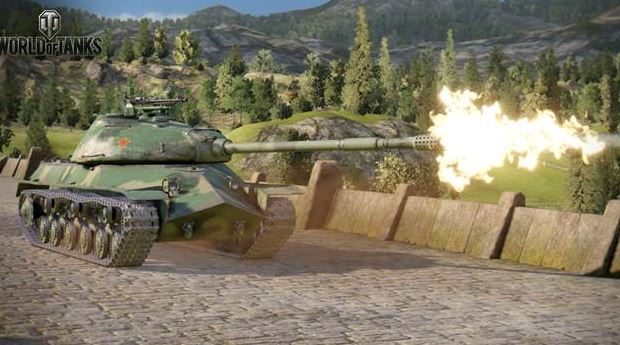 June 22, 2016 — Wargaming today announced that the Chinese line will be the newest addition to the ranks of World of Tanks on PlayStation®4. The update, titled “Tank Dynasty”, adds a host of new content to the game featuring 17 new armoured vehicles along with three powerful new Chinese Premium tanks, including the Type 64, 112 Heavy and T-34-3.

The Tank Dynasty update strengthens the tank roster by adding a brand new nation to the game with 17 light, medium and heavy tanks. Some of the most notable vehicles include the versatile and quick Type T-34 alongside the mobile and powerful IS-2. The update also debuts Pearl River for PlayStation®4 map rotation. The new map draws its inspiration from the Asian highlands, with intense firefights taking place in a wide range of scenery around a remote city, set along the shores of the Pearl River.

To learn more about World of Tanks on PlayStation®4 and for a full list of new vehicles in the Tank Dynasty update, please visit:

To download World of Tanks on PlayStation®4, please visit: