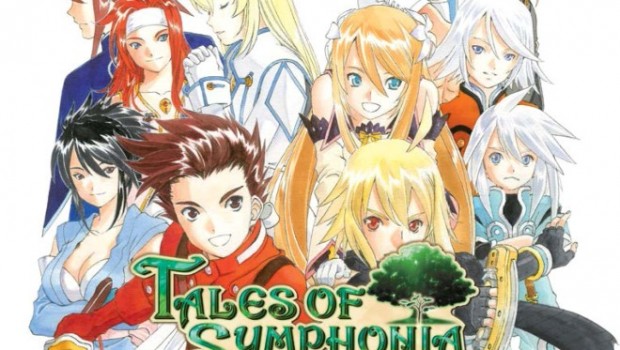 SYDNEY, AUSTRALIA – 3rd March 2014 – NAMCO BANDAI Games Europe today announced that TALES OF SYMPHONIA CHRONICLES™ exclusively for the PlayStation®3 computer entertainment system is now available in Australia and New Zealand.  Journey through two epic role-playing games and experience the entirety of the SYMPHONIA storyline with TALES OF SYMPHONIA™ and its follow-up title, TALES OF SYMPHONIA™ Dawn of the New World™.

Follow Lloyd Irving as he embarks on a grand adventure with his friends to restore mana back to the world of Sylvarant, a source of energy necessary for the survival of their world.  Along the way they learn of the parallel world of Tethe’alla, whose survival rests on the same source of mana Sylvarant needs to sustain life.  How will Lloyd and his friends find a way to ensure the survival of both worlds?  TALES OF SYMPHONIA takes the signature real-time battle system of the TALES OF role-playing games, allowing for direct control of the character through fast-paced tactical battles.

TALES OF SYMPHONIA Dawn of the New World continues the story from the previous installment by delving into the consequences set into motion by Lloyd and his friends at the end of TALES OF SYMPHONIA.  Take on the role of Emil Castagnier as he seeks to uncover the mysteries that have befallen his world.  Dawn of the New World advances the series’ battle system by introducing a new monster recruitment feature that lets players capture more than 200 monsters and train them to participate in battles.  Players have complete control over their roster of party members and monster allies, allowing for limitless combinations to take out to the battlefield.

TALES OF SYMPHONIA CHRONICLES Standard Edition and Collector’s Edition is now available in Australia and New Zealand. For more information on the Tales of series and Tales of Symphonia Chronicles, please visit  http://www.NamcoBandaiGames.com.au and www.TalesOfGame.com.