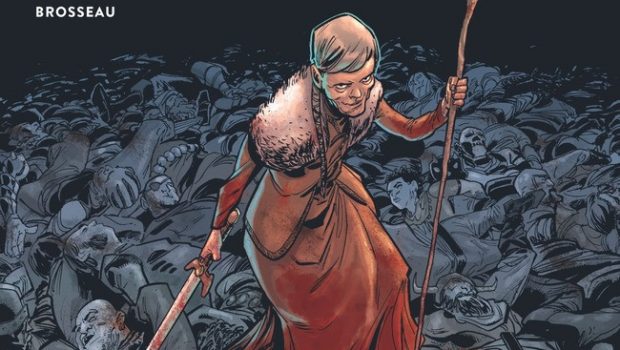 TAKE ONE LAST ADVENTURE WITH CRONE THIS NOVEMBER

Dark Horse Comics invites you on a quest for blood and vengeance that is equal parts Unforgiven and Xena: Warrior Princess.

The Sword Saviour and Champion of Men once known as Bloody Bliss is now nothing more than a reclusive old Crone. When an old enemy returns, Bliss is once more needed to save the Three Kingdoms but does she have the strength to answer the call? Only Dennis Culver and Justin Greenwood know for sure!

“This is a story I’ve long wanted to tell.” said Culver. “Crone is about facing death after a long life of regret and trying to rise to the challenge of making up for your mistakes when given one last chance.” 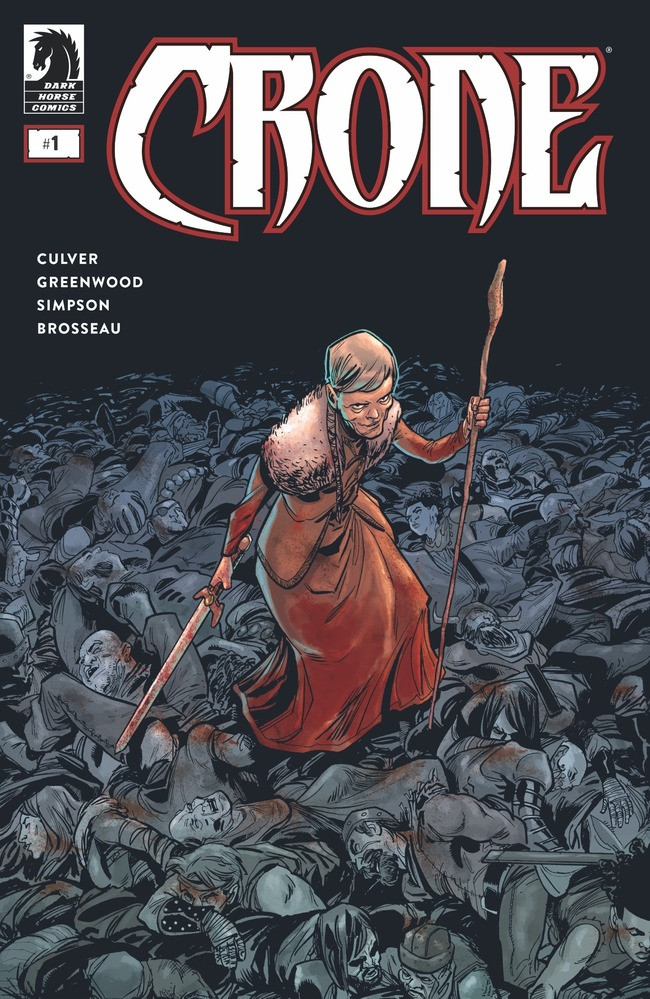 Greenwood added, “The idea of our old Crone having to battle her way back to a dangerous life she’d long put away was enough to make me want to jump in but Dennis has surprised me with every issue, creating a world that marries the darkness and wonder that I like best in a fantasy story.”

Joining Dennis and Justin on this epic adventure are colorist Brad Simpson (The Witcher: Curse of Crows, The Last Siege), and letterer Pat Brosseau (Hellboy: Conqueror Worm, Sweet Tooth). Together they craft a tale never seen before in the fantasy genre.

Culver continued, “The art team behind Crone is nothing short of amazing. Justin and Brad are like chocolate and peanut butter when it comes to the visuals and Pat’s logo alone for the book makes the whole thing next level. You’ll want to get in early on this one!”

Crone #1 (of five) reawakens the fierce warrior inside us all on November 6, 2019, and is available for pre-order at your local comic shop.