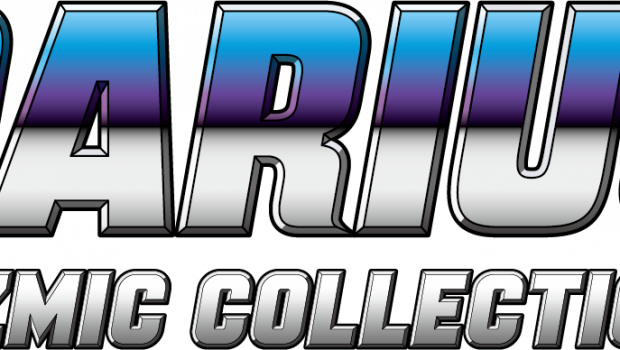 Make it Simple, Make it Tough!

The Darius series pioneered horizontal Shoot ‘Em Up games and was developed by the legendary TAITO Corporation. The first Darius game wowed arcade going fans when it was

The first Darius is set in a futuristic 2D world, where the player pilots a Silver Hawk craft alone, or with a second player, and shoots their way through enemy hordes, navigating tricky terrain and battling giant robotic sea creatures.  Armed with missiles, bombs and a forcefield, which can be powered up along the way, the players must defeat the alien invaders through a series of branching ‘zones’ to be victorious.

Numerous sequels and ports followed over the years, setting new standards for Shoot ‘Em Up excellence each time, from the outstanding soundtracks,  to the unforgettable, aquatic-lifeform-themed boss design and the innovative branching paths at the end of each section

The Darius Cozmic Collection represents the classic 2D history of this iconic Shoot ‘Em Up series. All games have been faithfully ported to modern consoles by M2 in Japan, so gamers can rest assured that these are absolutely high-quality ports with perfect performance – as one would expect from the retro game experts at M2.