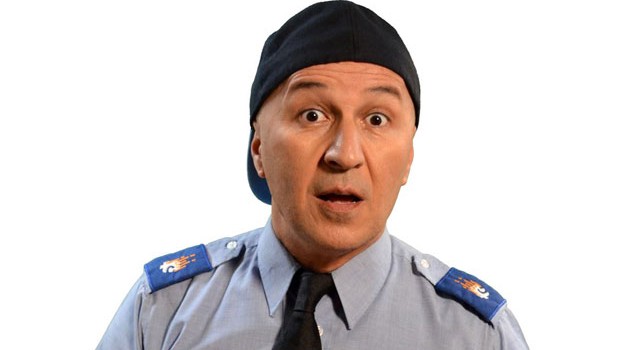 Tahir Bilgic Interview (No controversy this year the MICF 2016)

Comedian, writer and actor Tahir Bilgic, catches up with Impulse Gamer about his new show at the eve of the 2016 Melbourne International Comedy Festival.

Welcome to Impulse Gamer Tahir and you’re back at the Melbourne International Comedy Festival after last’s year controversy?

I’m back again after last year’s controversy where they didn’t let me use the title of my show which was “The Complete Guide to Being a Racist”. I had a great run in Adelaide with the show, had some excellent reviews and then I was taking the show to Crown Casino in Melbourne where they banned the title. They said you can’t use that title here at the casino and I said “are you serious?” <Laugh> Maybe they thought I was doing a seminar on it <laugh>. Last year there were actually two racist people in the audience who took the title literally and thought I was celebrating it!

I said “you do realise it’s more educational as I done a lot of research on it and I was trying to talk about it”. Anyway, it turned out to be a great run in Melbourne, Perth and Sydney and this year I’m doing my show at The Comedy Lounge and I’m happy to say they have let me use my title “Bogans, Wogs, Asians and other Aussie Citizens” with no dramas this year. 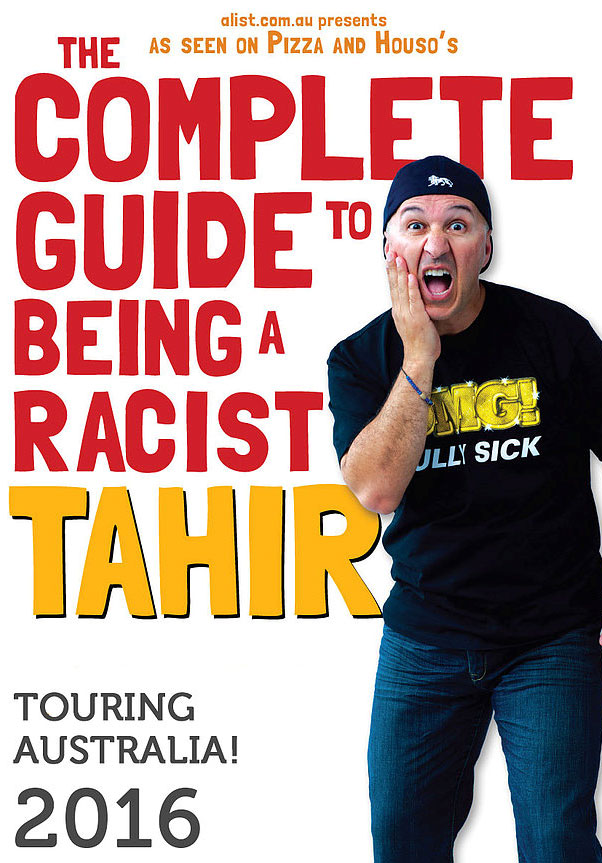 Can you tell us a little about what Bogans, Wogs, Asians and other Aussie Citizens is all about?

It’s a brand new show from last year but it’s almost like part-2 because “The Complete Guide to Being a Racist” went so well.  This show looks more at the Australian personality, character and what makes up this great country that we live in. We touch a little bit about racism but not too much as we covered this last year. We also talk about the experiences of “Here Comes the Habibs” and the reaction to the show.

If you didn’t know, I’m one of the co-creators of the show and I came up with the idea of it. I cover the reaction we got even before the first episode went to air because there was a petition to stop the show. People called it racist and all sorts of things. All this happened before it went to air and was just based on the trailers and the title <laugh>.

It’s a fun show and delves into the question of what makes the Australian personality and look into a lot of different backgrounds on what makes our country great. We also look at a little at the political correctness that has happened around the world and the message of the show is not to take things too literally and lose our Australian humour.

Look at Here Come the Habibs, we’ve got a unique sense of humour and we have to hold onto that even with all those political correct soldiers and online trolls out there. We can’t lose our humour because that’s what makes us a great. Part of Australian humour is to have a laugh at yourself and not take yourself too serious. 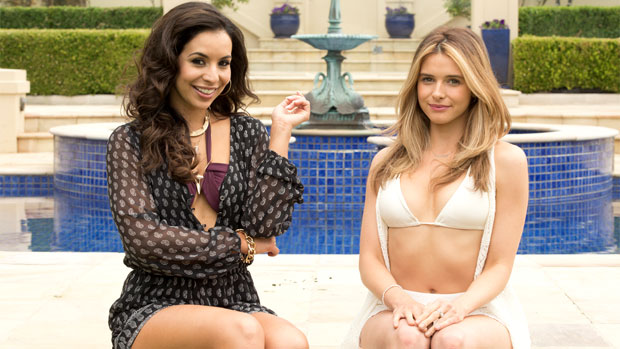 How did you come up with the idea of Here Comes the Habibs?

It was just an idea that I thought of one day. I also love creativity and wondered if this would work on television land? So after I came up with the idea, it just took off from there. The network and production company loved it from day one. They realised it was going to be different and the circle had come because there’s been so much reality television that there hasn’t been a sitcom for a number of years. I believed that the audience would actually be hungry for it and lucky it’s turned out that way. We were very humbled by the numbers and it’s just been announced for a series 2 which is very indicating of what the people want.

When does Series 2 start filming?

It should start filming this year and we’ve done six episodes from the first series and there will be twelve in the second one.

I love all the parents, especially Jack (Darren Gilshenan) and Olivia (Helen Dallimore) who I find hilarious but it’s really hard to say because I love them all. However Jack for me is very funny because he’s funny in every scene, even when he’s not funny <laugh>. 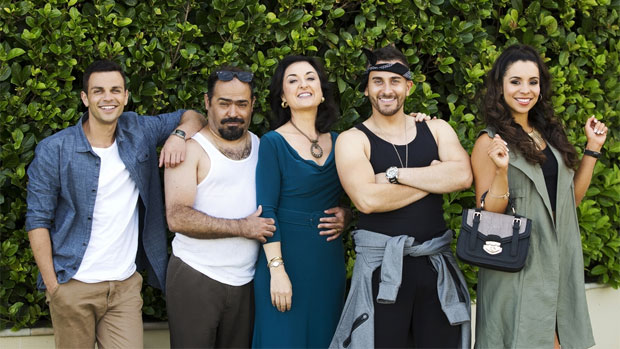 Can you tell us a little about when started and your sense of comedy?

I started at Sydney at the Comedy Store. It took me six weeks to get up on stage and every week I would say “I’ll do this next week”. People say I do ethnic humour and I say “no I don’t”. I talk about my life, growing up, my parents, school and what I saw. It’s having a laugh at myself which is the Australian sense of humour. So I don’t do ethnic humour, it’s just my stories and my views that is my Australian upbringing with ethnic parents.

From day one, I enjoyed stand-up and even though I’ve done television over many years, live stand-up is my passion. People don’t realise that they’ve seen me on different television shows and they seem surprised that I do stand-up. I was doing stand-up five years before any television roles came by so stand-up is always my first love and passion which I’ll keep doing!

What do your friends and family say when something in your show hits close to home?

They often say “was that about me?” and I say “nah nah, just generic” <laugh>. As a stand-up, you can make things up or embellish the truth but my friends and family enjoy and celebrate it. It’s actually harder now because when you first start off, they all come down but these days it’s harder for your family and friends to come down <laugh> because we’ve seen you heaps of times.

So what are you most looking forward to Melbourne International Comedy Festival this year?

I’m actually doing a run at the Comic’s Lounge before the Comedy Festival where I will be doing different material. So I’m going to be part of the festival that way but when I come down to any festival, I really enjoy watching other acts. I love coming down here and I’ll be watching a couple of shows and really looking forward to doing that and of course my show.

Finally Tahir, how would you sum up your new show this year?

It’s a fun show and we solve the question of what makes up the Australian character and we’ll never ever ask that question again because my show basically solves it <laugh>. But seriously it’s a fun show that showcases our unique sense of humour! 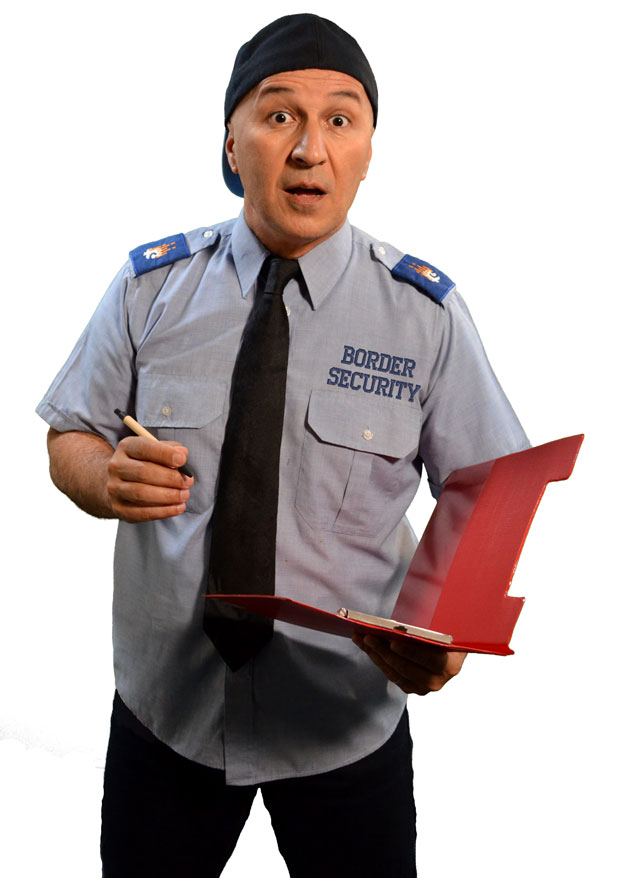