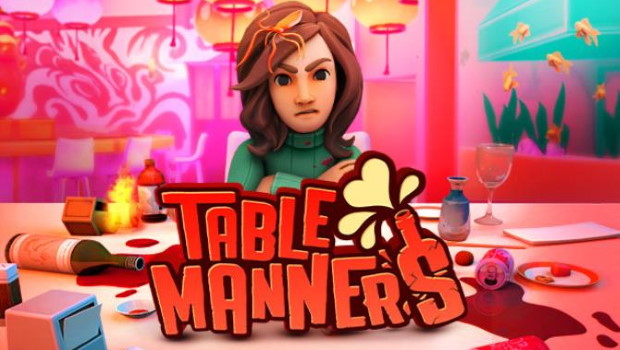 I wanted Table Manners to be good… visually it’s quite impressive and inviting. Then I tried to play it. It’s one thing to have physics based challenges for the player to perform… it’s another to have controls that make it feel like the player has had about 4 shots of vodka before even getting to the date.

There is a real chance that my opinion of this game is skewed by the fact that I’m used to disembodied hand games being in VR and having very easy accurate motion control over said hand. Table Manners gives you a hand but it feels like you are either trying to move the hand via a flimsily inserted rod that you operate from about 6feet away, or as previously mentioned as if you have already drunk half your weight in alcohol. 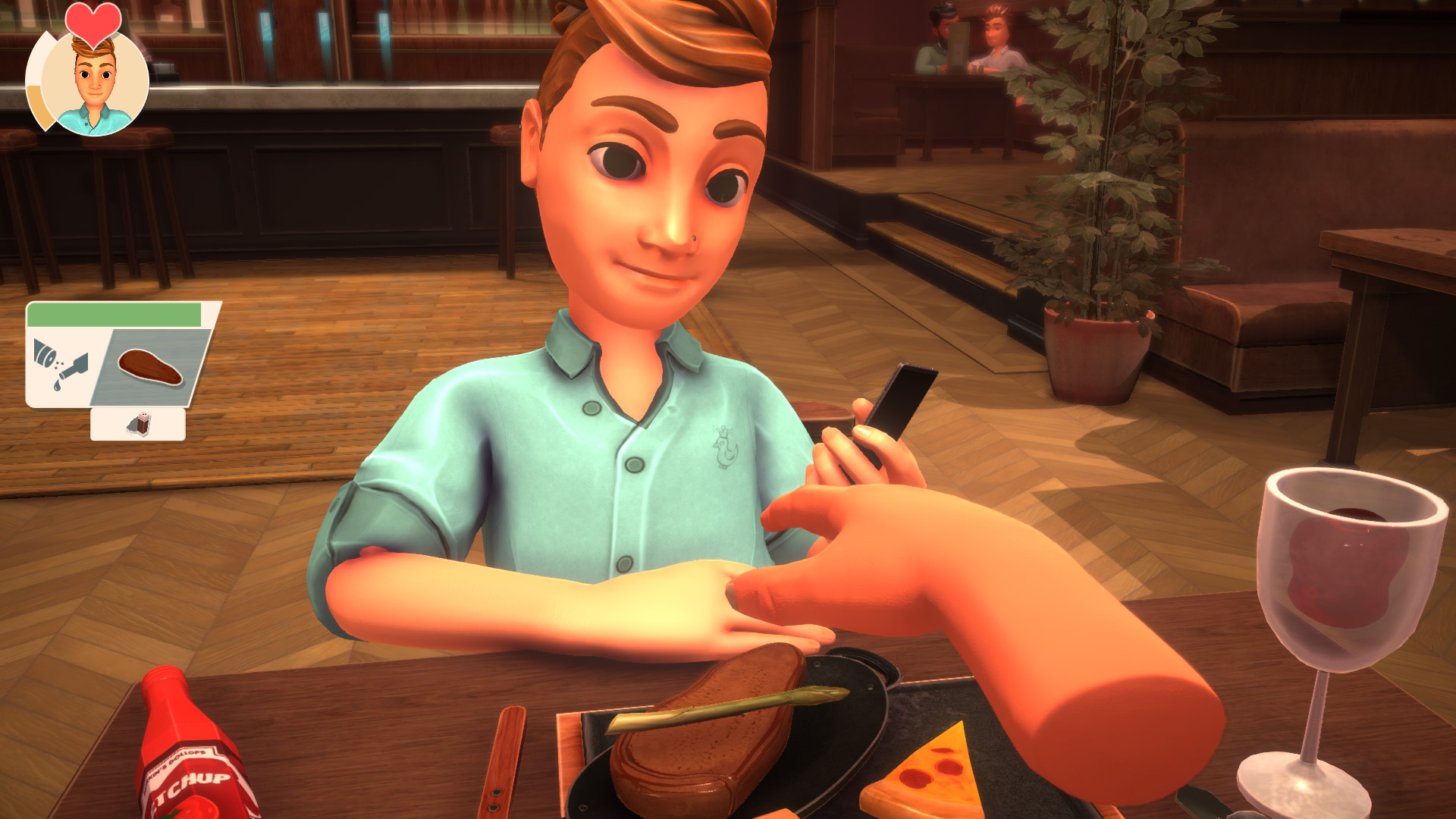 There’s a chance the game may be more enjoyable with friends… a kind of catastrophe spectator event. But to play the game for more than five minutes on your own may well start feeling like the real challenge. The core game is as the title and promotional material suggests, a dating game in which you must manipulate the objects before you… but that’s basically all there is to it. Once you’ve gone on one date… you’ve essentially experienced all there is to this game, sure there are variations in scenery and the tasks get more challenging… but they aren’t really different enough to make you want to keep going. 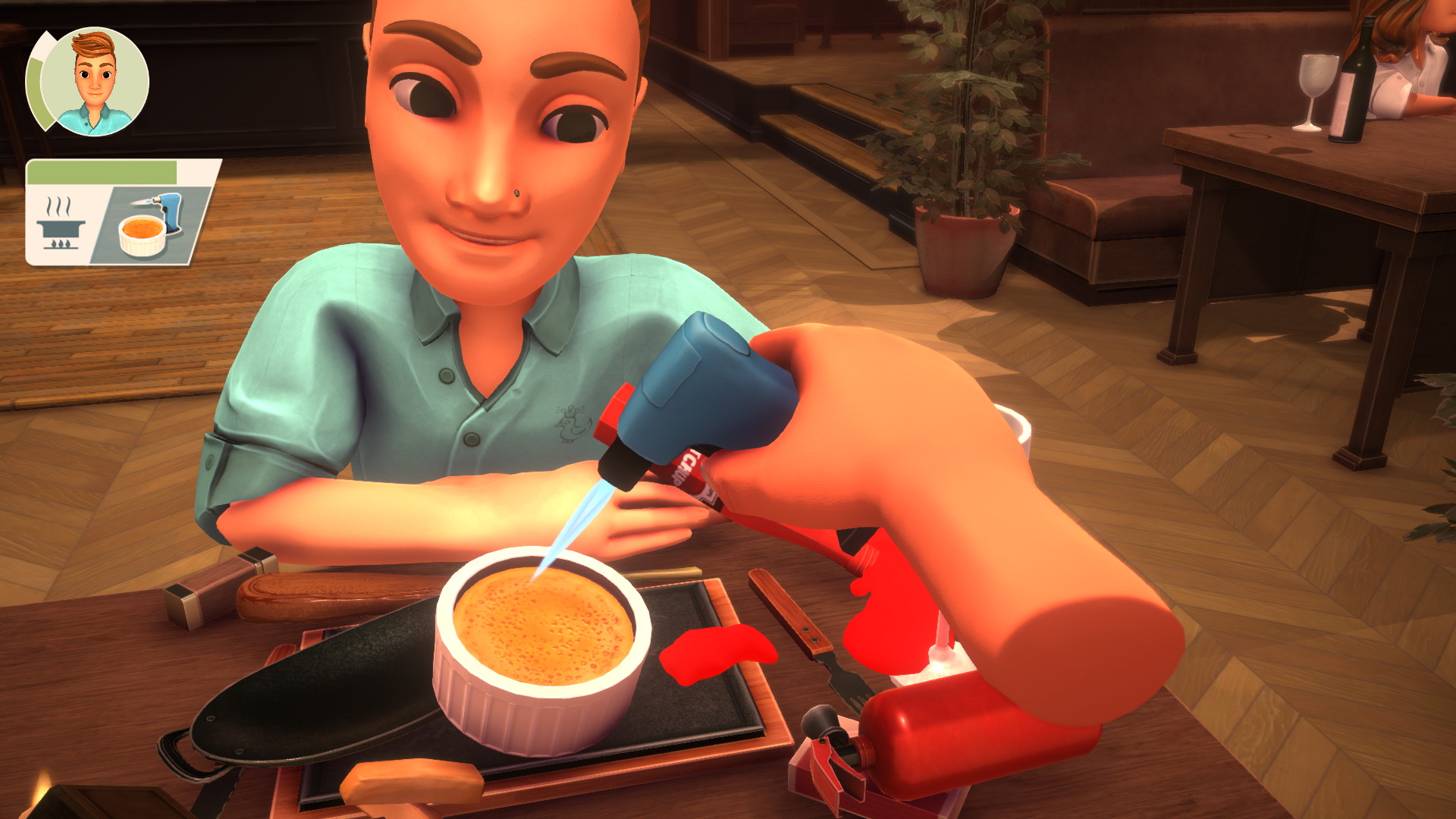 The biggest plus for me was that there are no gender stereotypes, your hand is non gendered so you can play as whatever gender (or non gendered, variation) you want. You can go on dates with either gender (or again whatever gender you want to assign to them as they can be somewhat non conforming)… I liked that. You can gain new looks for yourself… well your hand… which I guess is yourself as far as this game is concerned.

But for a game that revolves around the control, this game is just far to annoying and messy to control for me… even in your home where you select your date and adjust settings, it’s just all too clunky and unwieldy. 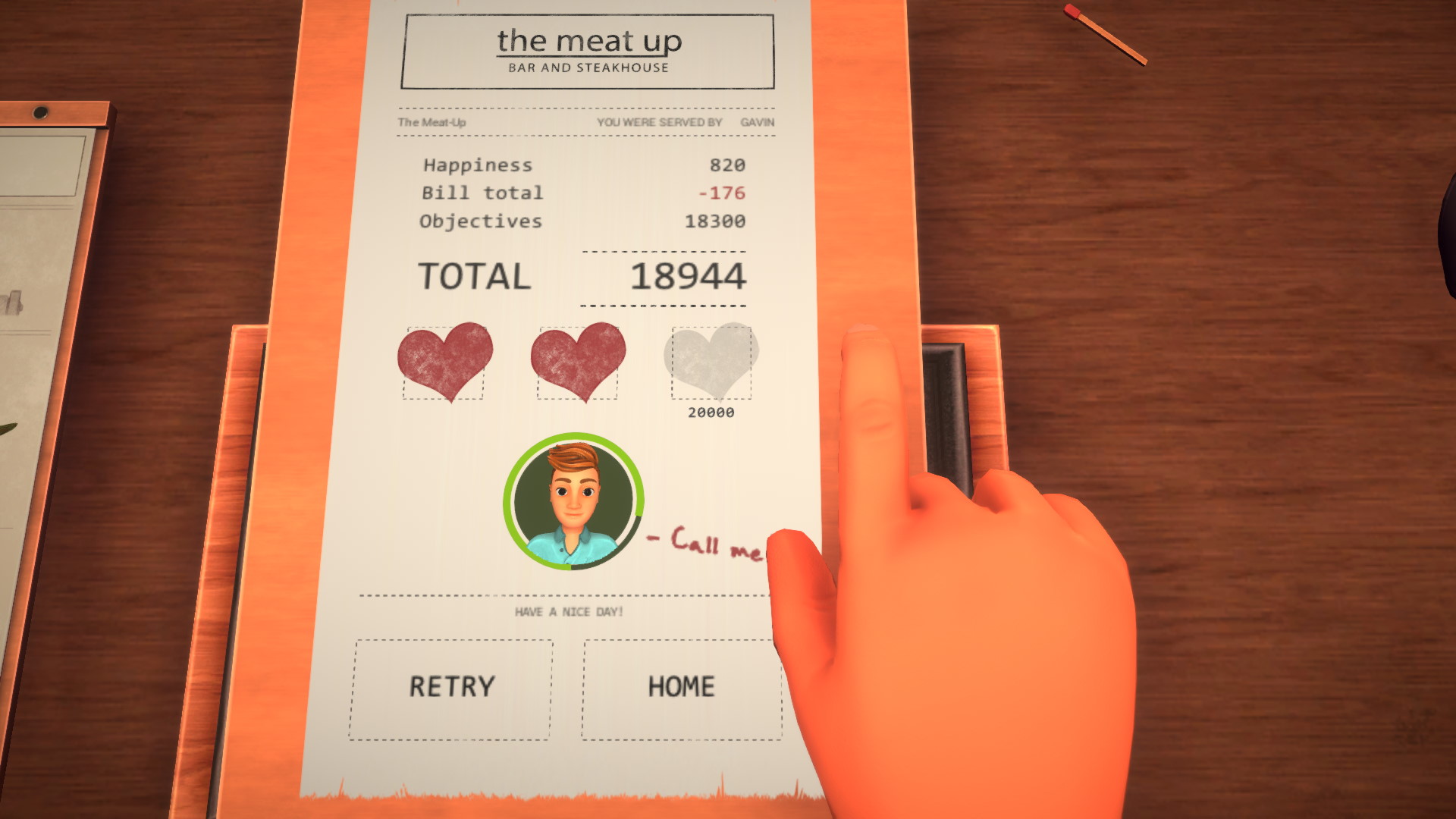 I really don’t think I’m the market for this game, there are no doubt some people out there that can get hours of entertainment out of knocking items on a dining table over time after time… I’m not one of them. If you like slapstick humour and don’t mind frustrating controls then this may be up your alley. For me, this is a hard pass!