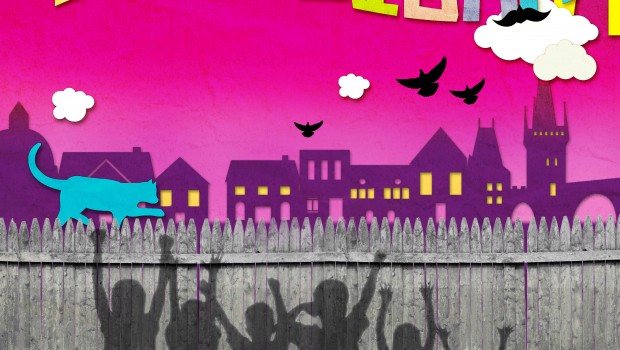 SYDNEY PREMIERE OF CHILDREN’S OPERA: A LEGACY OF HOPE WHICH SURVIVED THE HOLOCAUST

s opera Brundibár was the most popular cultural activity and a powerful symbol  of hope when performed by the Jewish people imprisoned in the Terezín Ghetto (Theresienstadt),  in Nazi-occupied Czechoslovakia.

On 14 August, the opera will be performed for the first time ever in Sydney, with a production at City  Recital Hall which aims to introduce Sydney children to the joys of performing and experiencing opera,  as well as introducing them to the lessons of the Holocaust.

Brundibár tells the story of a brother and sister who overcome a local town bully in order to help their  ill mother. Composed in 1938, the score was smuggled into the ghetto and performed 55 times by the  inmates, for the inmates.

Rediscovered in the 1970s, the opera has since been performed thousands of times around the world as s  watch against oppression and discrimination.

The Sydney Brundibár Project is a collaboration between academic and musician Dr Joseph Toltz and  start-up chamber opera company Opera Prometheus, in association with the Sydney Jewish Museum.

Joseph Toltz, who has been researching the music of Terezín and the place of Brundibár in the memory Despite Sydney being home to the largest number of  Terezín survivors in Australia, Brundibár has not yet been staged here. We believe our production is needed  while the opportunity for dialogue between survivors and young people is still possible.

“One of the key members of our team is Jerry Rind. Interred in Terezín in November 1942, Jerry worked  in the carpentry shop of the ghetto, and was recruited to smuggle wooden planks out of the shop in order  to build the set for the original production of Brundibár. As a reward, he was allowed to witness rehearsals  and be amongst the audience for several performances. Since that time he has been a devoted lover of the  opera, and he, along with other Czech survivors living in Australia, is my inspiration for this project.”

Brundibár was composed by Hans Krása with a libretto by Adolf Hoffmeister as a submission for a children’s   opera competition in 1938. It received its premiere in Nazi-occupied Prague, performed by children at the Jewish orphanage. However, Krása was arrested before he ever heard the performance and was soon transported to the Terezin Ghetto (Theresienstadt).

camp where elderly Jews could retire in safety. In reality, Terezín was a collection centre for  deportations to ghettos and killing centres across Nazi-occupied Eastern Europe. However many cultural  activities persisted. Krása was appointed a director of music and using a score for Brundibár smuggled  into the ghetto, he re-orchestrated the opera to fit the various musicians and instruments available in the  camp at the time. Under the watchful eyes of the guards, the opera had its first public performance in the Magdeburg barracks on September 23, 1943.

Rehearsals and performances were continuously disrupted  by deportations of cast members to extermination camps, but players were replaced by newly arriving children. Hans Krása perished in the gas chambers of Auschwitz on 17 October 1944.

For the Sydney premiere production, over 30 Sydney school children aged 8 to 12 years have been cast  including the principal roles. Joseph Toltz and Opera Prometheus’ chorus master Dr Sarah Penicka-Smith,  production manager Melanie Penicka-Smith and director Sharna Galvin will be rehearsing with the children over the next few months along with a mentorship group of emerging professional young adult opera artists.

The Sydney Jewish Museum will host a series of special performances for school groups featuring the  cast of mentors in the weeks following the City Recital Hall public performances. These will include a  conversation with a Holocaust survivor and a tour of the museum.

Sarah Penicka-Smith said, “While the context of where Brundibár was first performed is brutal, the actual work  is bright, funny, uplifting and full of wonderful music which will engage our young cast. And for the audience,  this will be a beautiful opportunity for parents and grandparents to share their children’s first ever experience of opera. We are working with an English translation by renowned American playwright Tony Kushner.”  Brundibár performances are layered with the history of its poignant beginning. As all fables do, it carries  meaning and lessons beyond the words and notes for all of us to hear and remember.

Tickets for the two  performances at City Recital Hall on 14 August are now on sale.