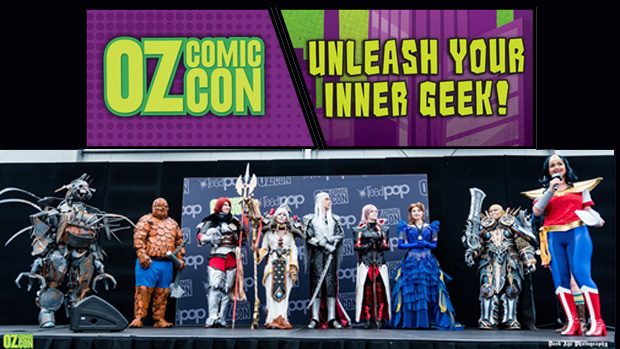 The Australian Championships of Cosplay are one step closer to finding the national champion after crowning the New South Wales winner this afternoon at Oz Comic-Con Sydney.

The winner, a Sydney cosplayer named Henchwench (above, second from right), was dressed as a female Orc Death Knight wearing Legion Armour, a character from the video game World of Warcraft: Legion.

Henchwench (who politely declines to reveal her real name) is a costumier by trade, and says that her love of costume creation comes from her father who worked in the movie industry. “My dad is an old-school movie special effects guy, so I sort of followed in his footsteps,” she says. “My first job from the age of 14 to 16 was working on The Lord of the Rings movies in the armory, and I’ve been hooked on costume making ever since!”

Oz Comic-Con Brisbane will be held at the Brisbane Convention and Exhibition Centre on September 17-18.