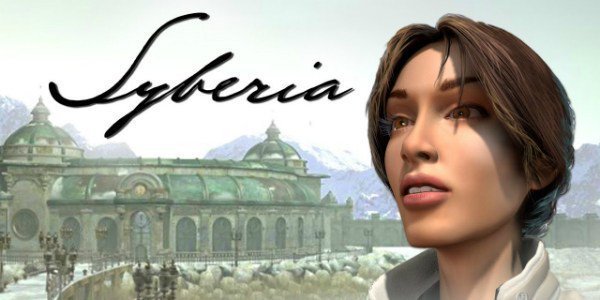 Summary: Syberia offers a chance to play a series of relatively undiscovered gems from the 2000s. However a high price point and a terrible third entry prevent a full endorsement.

Stuck in the past

The point and click adventure genre really suffered from the explosion of 3d platformers and adventure games in the late nineties. A genre that churned out such classics as Sam and Max, Broken Sword and the Monkey Island Series soon found its sales figures dwindling. The point and click adventure game as most know it, died with Grim Fandango. However, a few series still dedicated themselves to epic narratives and fiendish puzzle based gameplay. Syberia was one of them. The first title was released all the way back in 2002, and now the entire trilogy is making its way to the Nintendo Switch, for better or worse. 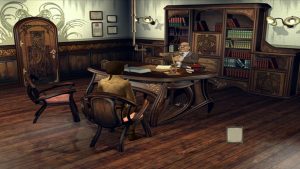 The Switch is actually much more suited as a home for Syberia than the Playstation or Xbox. This is due to the portability of the Switch. I’ve banged on at length about the Switch’s usefulness in this regard and will continue to do so. It works so well for Syberia due to its integration of touch screen controls. Playing with the Switch docked you rely on the gamepad, which isn’t awful but reminds you how dated the game is. You’ll often find yourself walking into the wrong rooms due to its fiddly nature. Use the touchscreen though, and you can play the game in beautiful point and click style, which is much more enjoyable.

The narratives of the Syberia series are where the strength of the series lie. Syberia blends an overarching narrative with balancing the protagonists personal life. You play as Kate Walker, a lawyer sent to France to oversee a takeover of an old toy company. At first it seems like all you have to do is get some papers signed, but eventually you get dragged into a quest to find the owners long lost brother. This is the gist of the first game and the plot and characters are all unique and charming. Kate Walker in particular, is intelligent, resourceful and strong. 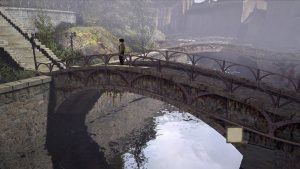 Some of the personal life aspects of the game get a little long in the tooth. Kate has a mobile phone on her possession that she can use to make calls. It’s a nice realistic inclusion for an adventure game but too often Kate receives calls that do little to add to the overall story. Within the main narrative, Syberia and its sequel are engaging and full of interesting twist and turns.

You may have to bear with the gameplay a little before you fully enjoy the game. This is clearly a series made in the early 2000s. There are many minor annoyances that would not exist in this day and age. The controls may be much better suited for the touch screen but it still doesn’t make them incredible by today’s standards. There is also a ton of walking back and forth to fetch items for puzzles, with no option for fast travel. This would be made more bearable if there were things to do along the way. But the expansive environs are beautiful, yet bare. 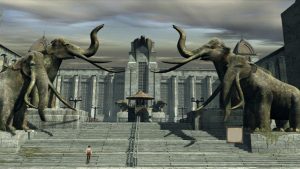 The puzzles themselves though strike the right balance. They’re clever without being “need to look at a guide to even have the faintest idea” clever. Some of them are a little too heavy on the fetch quest style. This is especially apparent when some items for puzzles are located multiple screens away. But when Syb eria and its sequel pull off their puzzles well, you feel accomplished for solving them. That’s kind of what an adventure game is all about.

That is the second time I’ve said “Syberia and its sequel” even though I’m reviewing a trilogy. That is because the less said about Syberia 3 the better. It was in development for years. Yet came out feeling like something that had been designed over a very long lunch at the pub. Syberia 3 looks cheaper, animations are worse and the fun has been sucked out of the gameplay. Worse still, the characters and storyline also take a noticeable nose dive. The writing and acting are questionable throughout, to the point where it almost feels like fan fiction. Syberia 3 is bad. Let’s forget it is part of the series. 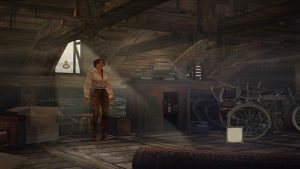 Syberia and its sequels suffer a common fate with many classic games released on the Switch. It is expensive. 15-year-old PC games should not be double the price of pieces of genius like Celeste, there is a problem. Nostalgia should not extend to the feeling of knowing you’ve been ripped off because Electronics Boutique is the only store in town that carries the game you desire. If these games were half the price, I’d suggest looking in to two hidden gems of a mistreated genre. As it stands, I hesitate to whole-heartedly endorse it. Fans of the series may get a kick out of it, but there’s so much more out there.