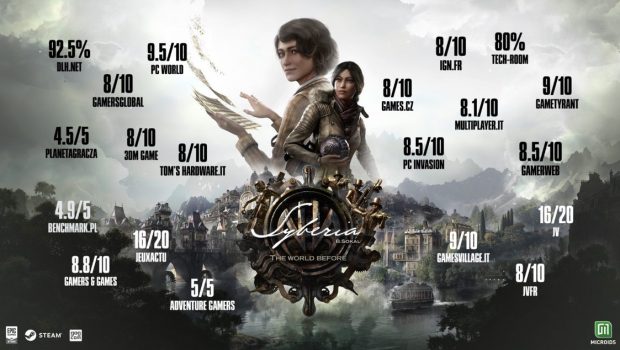 Syberia: The World Before – retail edition and original score are available

Microids is delighted to announce the release of Syberia: The World Before’s retail edition in Europe. Physical copies aficionados can finally join the critically and publicly (94% positive ratings on Steam) acclaimed new episode of the famous saga. And for the collectors and Inon Zur fans, they’d be glad to learn that the original score of the game is now available on vinyl.

Find below the content of the retail Deluxe edition of Syberia: The World Before:

Stay tuned for more information is planned to be shared in May as we’ll celebrate the 20th anniversary of the Syberia series!

Find the game on Steam, GOG and Epic Games Store.