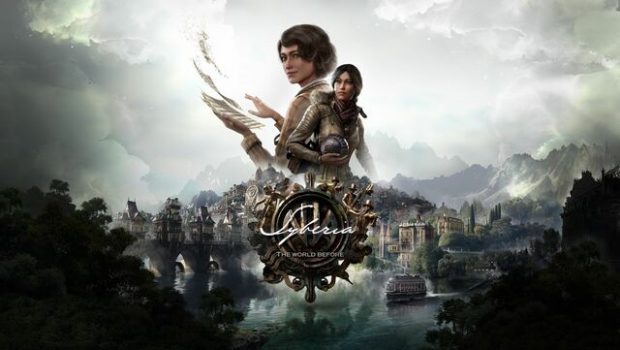 Syberia: The World Before PC Review

This is a spoiler free review – Read without fear!

The fifth and latest installment of the Syberia series, The World Before, continues the adventures of the protagonist from the previous titles, Kate Walker, whom finds herself imprisoned and forced to work the pick-axe in a mine.

Through happenstance, she finds herself compelled to solve the mystery of identifying the woman in a painting from the 1930’s, with only a location as her single clue.

The World Before, switches between multiple playable characters, including Kate Walker in the present, Dana Roze in the 1930’s, and Oscar the automaton.

There are moments of stunning splendour in The World Before that can and will make you stop and gawk at the screen in awe. Not only is the graphics quality perhaps reminiscent of Cyberpunk, but the scenery, design and realism is breathtaking. 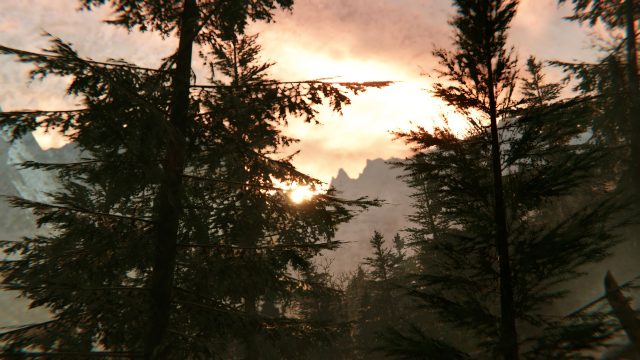 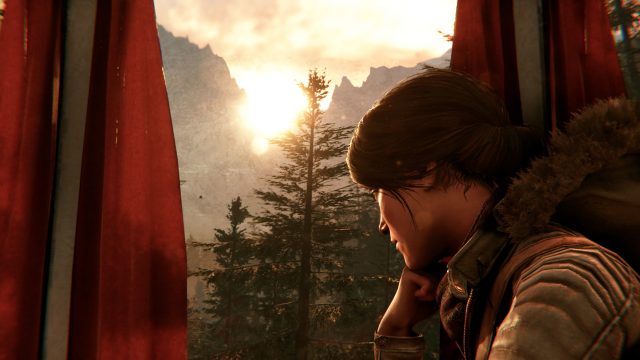 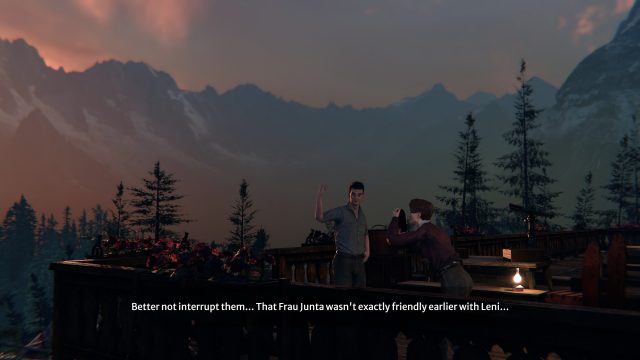 Interestingly, some aspects of the fictional items stretch and walk the line between realism and fantasy, in terms of shape or form, such as the trams with the tall and narrow appearance, which actually works well to draw the eye and focus on the advanced gadgetry. (See video). 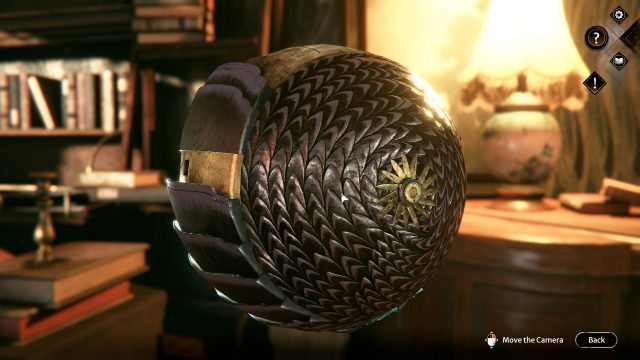 The first of many complicated automaton and mechanical puzzles 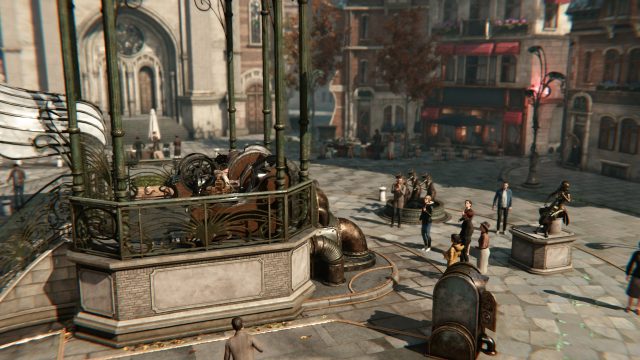 Part of the cinematic splendour in a scene accompanied by beautiful music. 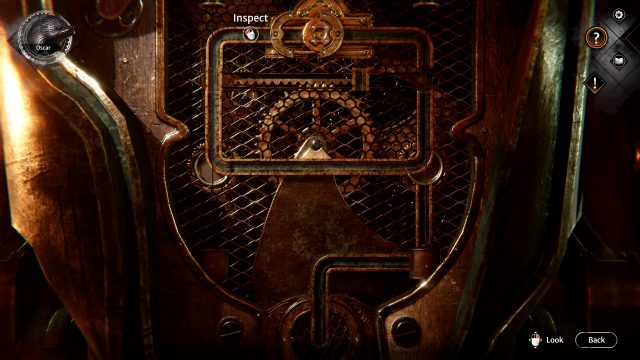 Not the inspect button? Most items must be inspected for a closer look. This screenshot is of one of the most complicated and detailed puzzles that need to be solved.

The lighting, shadows, textures and overall scenery is simply inspired and beautiful to look at. The designers have taken fictional items and imaginations and merged them seamlessly with an alternative realistic world that simply looks meant to be.

Throughout the playthrough, there are moments where the music forms part of the story telling in such a profound and distinctive way. These moments will cause the player to stop and absorb the scenery, the story and the emotion.

The soundtrack is without doubt, something that deserves the players attention and will cause you to take notice.

And then there is the voice acting, which is simply fantastic. The accents, the interactions, the emotions and performances of each of the voice actors is superb.

The Syberia games focus on the story telling, so naturally this is an entirely point-and-click style of game play.

Unfortunately, if there is any downside to this game, it is in the navigation. The navigation is simple enough, click or double click on a spot on the screen and the character will move towards it. Click on an interactive item and the character will move to it and interact. The point-and-click style is intuitive and requires very little explanation; so what is the problem? The camera!

The camera moves with the player and the perspective changes, which makes the targeted object move as well, yes just like console games often do. The issue here is that you do not control the camera, but instead it is up to the whims of the characters position, and this is incredibly frustrating for two reasons.

1. You cannot always see or have any awareness of key location and interactive points.

2. The cumbersome nature of having to tease the view points and excessively click through some locations is frustrating.

This of course is truly a minor nag, in what is ultimately non time dependent navigation. The controls themselves are friendly to any person capable of using a mouse.

The built in tutorials provide full screen instruction as you play: 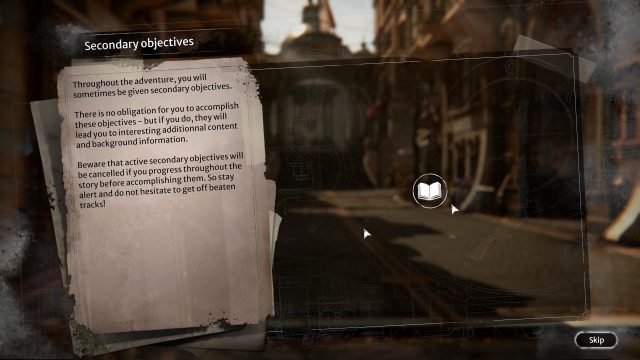 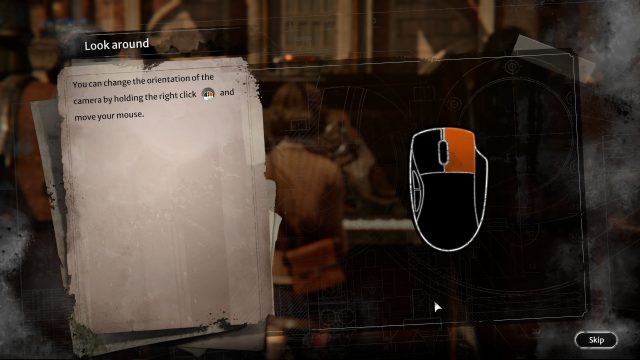 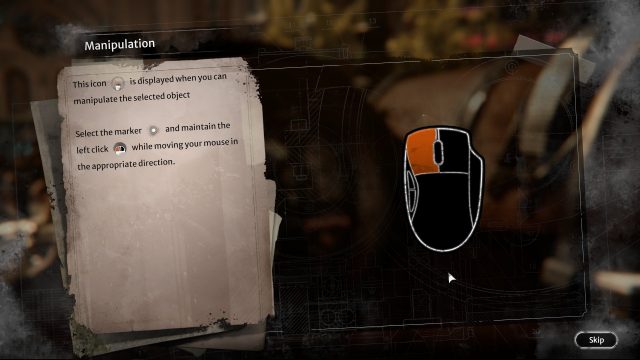 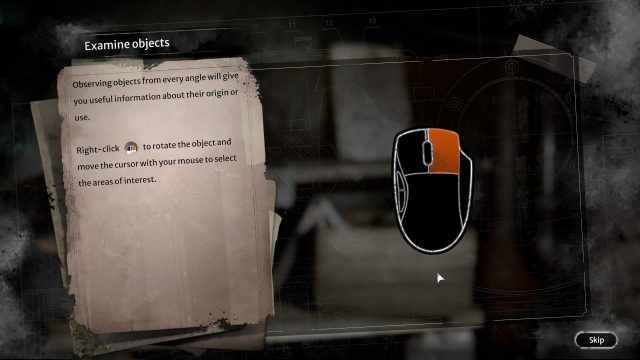 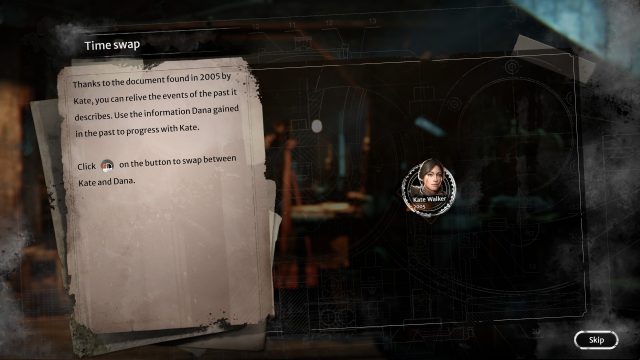 Throughout the game there are a series of puzzles and problems that need to be solved. Having a mechanical mind would certainty help, but attention to detail and analytical ability to research through the characters notebook is also useful.

The game also has a hint system which becomes available, and Kate or Dana will respond with internal thoughts about how to approach a problem or pondering what action to take next. 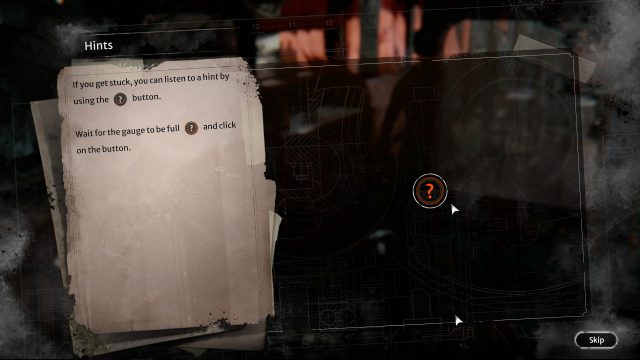 The hint button is displayed on the top right of the screen.

There can be moments in the game where you know what to do, the hint isn’t helping, and you may have missed something or failed to see a possible interaction, but thoroughly navigating and checking the surroundings and working the problems logically, will ensure that a solution presents itself.

It is not necessary to have played the previous titles to understand or enjoy this game – which was the case here. Although the game does provide a re-cap video which again – is not required to enjoy the game, but certainty does join the dots on some of the pretext, especially the interactions between Oscar and Kate.

It is clear that the graphics have been vastly improved over the years, but the sense of style and wonder have continued and perhaps even been surpassed in this latest installment.

Syberia: The World Before does tick all of the boxes in this category. It is a wonderful, splendid story, with twists, turns, thrills and excitement.

Of course there is the element of the parallels with this ‘other world’ locations and events of World War II and NAZI party members and the holocaust. It is something that gives some pause as to how this approach to the story was planned and whether the execution was appropriate.

Such, as it is, the story focused on the characters, the family, the story and journey of Kate and Dana, and not so much on what is ultimately a fictional parallel to these events. In doing so, Syberia is another world, another alternative to our existence that, if events occurred in such a way, that perhaps we would be living in a world of amazing automatons and a rich yet similar dark history also touched by the evil aspects of our own humanity. It begs the question, even in another world, are we fated to always bring out the worst of our nature? Perhaps.

The game is awesome.

Summary: Syberia: The World Before, is one of those rare masterpieces where the story is just so freaking well written, the soundtrack is perfect, the graphics are stunning and the puzzles inspired.