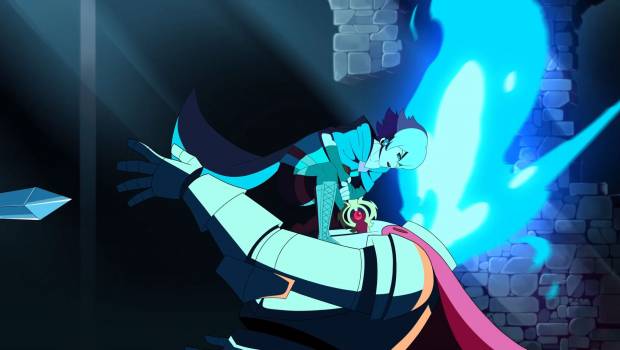 Sword of the Necromancer Review

Summary: Sword of the Necromancer is a gem of a game.

There are a ton of Rogue-Lite action RPGs nowadays. Hades immediately comes to mind as what every game within the genre should aspire to be. While Sword of the Necromancer doesn’t quite live up to those heights, it’s certainly a gem in it’s own right. 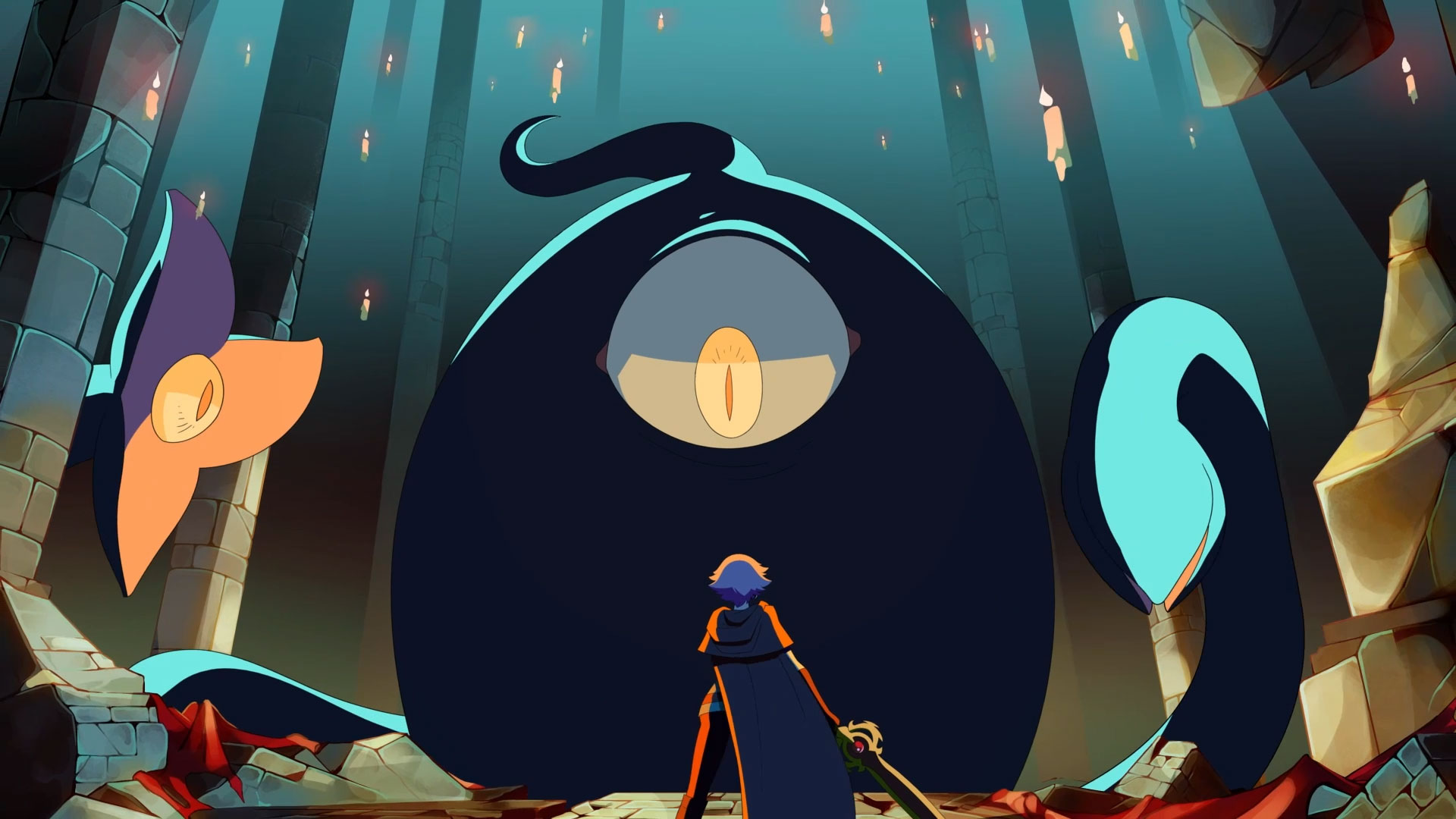 As stated before, Sword of the Necromancer is a Rogue-Lite action RPG. What Sword of the Necromancer does right is it’s combat. It has everything you’d come to expect within the genre, a basic attack, charged attack, dodge rolling, a basic level up system, It’s all here. What makes Necromancer interesting, is the titular Sword of Necromancy, when you kill an enemy you can revive it, and have it fight alongside you. This is a really fun mechanic, I loved seeing how the different enemies can help when fighting for the good guy! Some monsters are better than others of course, as would be expected, but it really depends on the situation. There is an element system in place that changes the type of monsters. Sometimes a monster will have an electric variant, or a dark variant. All of these have strengths and weaknesses (Think Pokemon).

When you do revive a monster to fight alongside you, they will take up an inventory slot. The reason I bring this up is, you only get four of them. I have a love/hate relationship with this. On one hand, I love that the small inventory space makes the player make hard decisions, and change equipment you find within the dungeons on the drop of the dime. At the same time, it can feel a little too restricting. It’s hard to be able to justify taking a defensive item, or something situational when you only get 4 slots, with one always being taken up by your Sword of Necromancy. 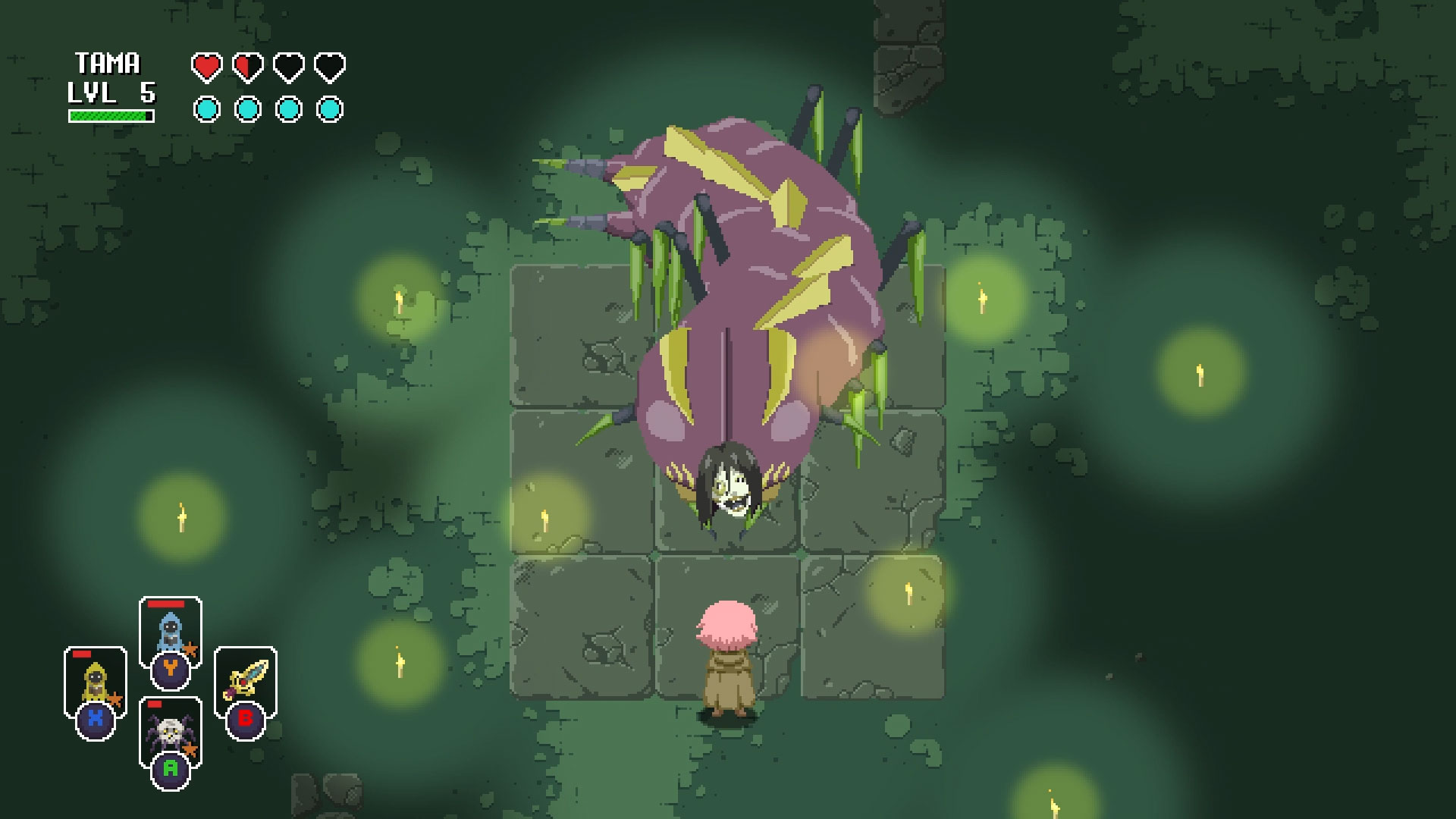 That being said, don’t get used to holding onto your items and levels for very long. Every time you die, you lose your items, lose one level on your main character, and have to start over from the beginning of the game. This can be BRUTAL. Getting Attached to a monster you have? SAY GOODBYE. Love a weapon you found in the dungeon? SEE YA. If Rogue Lites aren’t your cup of tea though, there is an option in the settings to turn off these functions. So when you die, you will stay at the same level, and keep your items.

Life and death, loss, these are all common themes within Sword of the Necromancer, and not just when it comes to gameplay. It’s what the story revolves around as well. Within the first few moments of starting the game, you see the main character of the story Tama run into a temple with another young woman named Koko, who she wants to bring back from the dead. She plans on doing this with the Sword of the Necromancer. The story unravels as you complete levels of the dungeons. This was one of the highlights of the game for me, I loved learning more about the relationship between these two. Having the story given to the players like this, while common, is a stroke of genius. Sword of the Necromancy is not an easy game, but having such an engaging story be the reward for getting farther and farther into the dungeon made all of the deaths worth it. 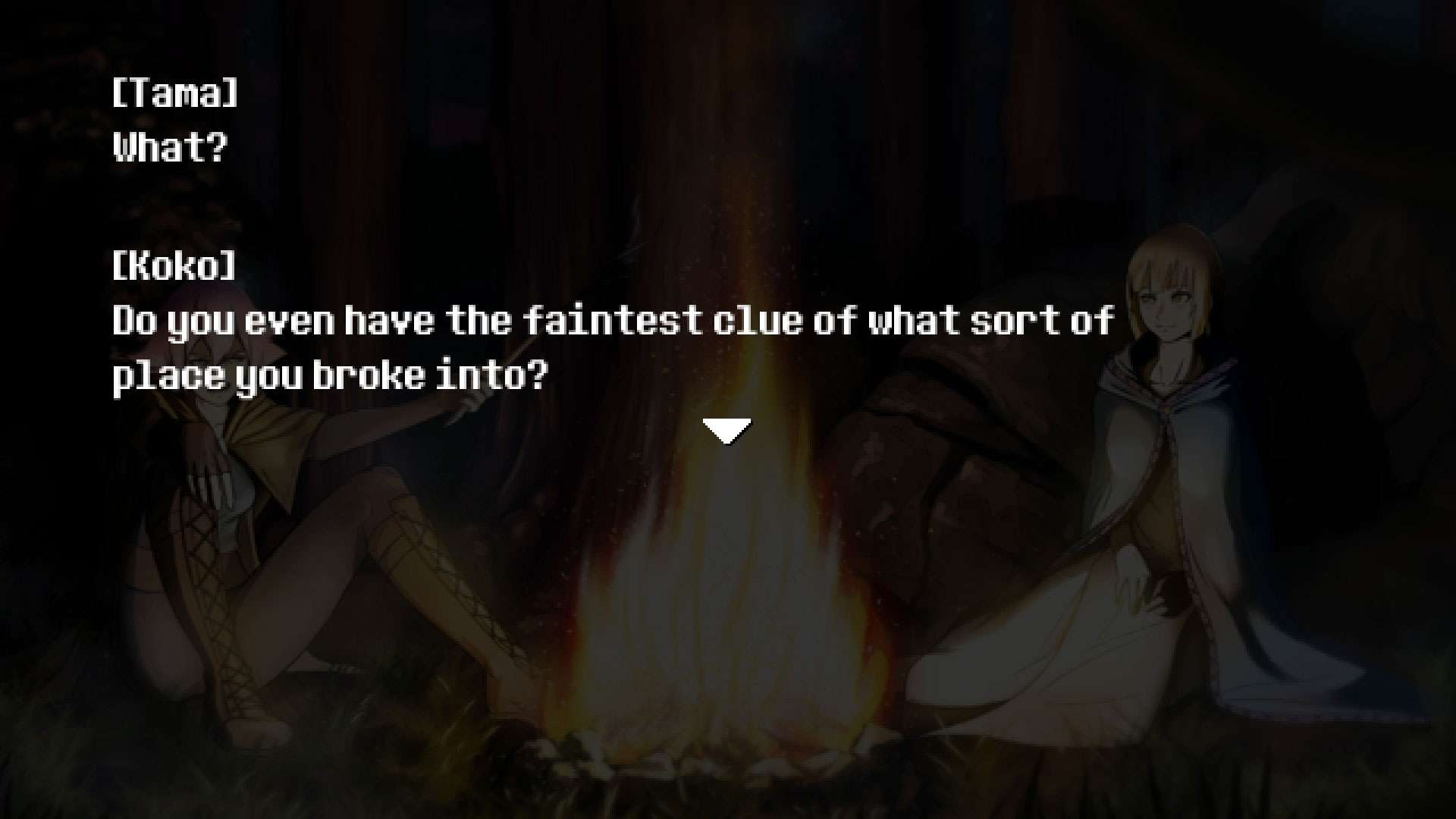 One thing that could have been done better is the actual look of the dungeons. I think the main characters look great, along with the art done for the static cutscenes, the monsters. All of those look great, with the highlight being the cinematic intro. The dungeons themselves are really boring and cookie cutter. For the most part, they are just color swaps from the previous dungeon. It all just kinda starts to look the same, which is a bit of a letdown, especially after the amazing cinematic at the start. 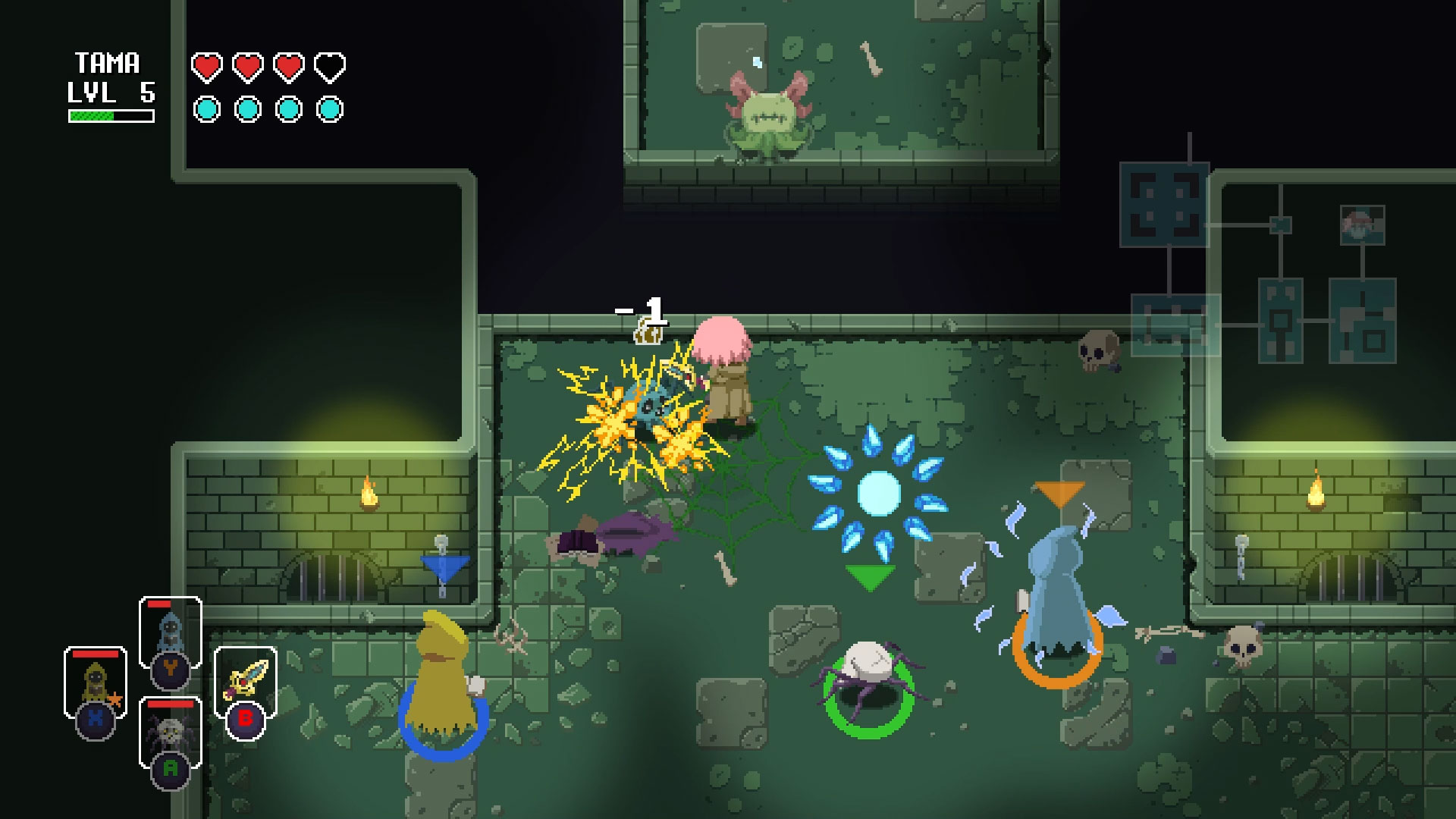 Sword of the Necromancer is a gem of a game. While visually it can look a little repetitive, the game is honestly a ton of fun. I think this one may be a game people remember for a long time. 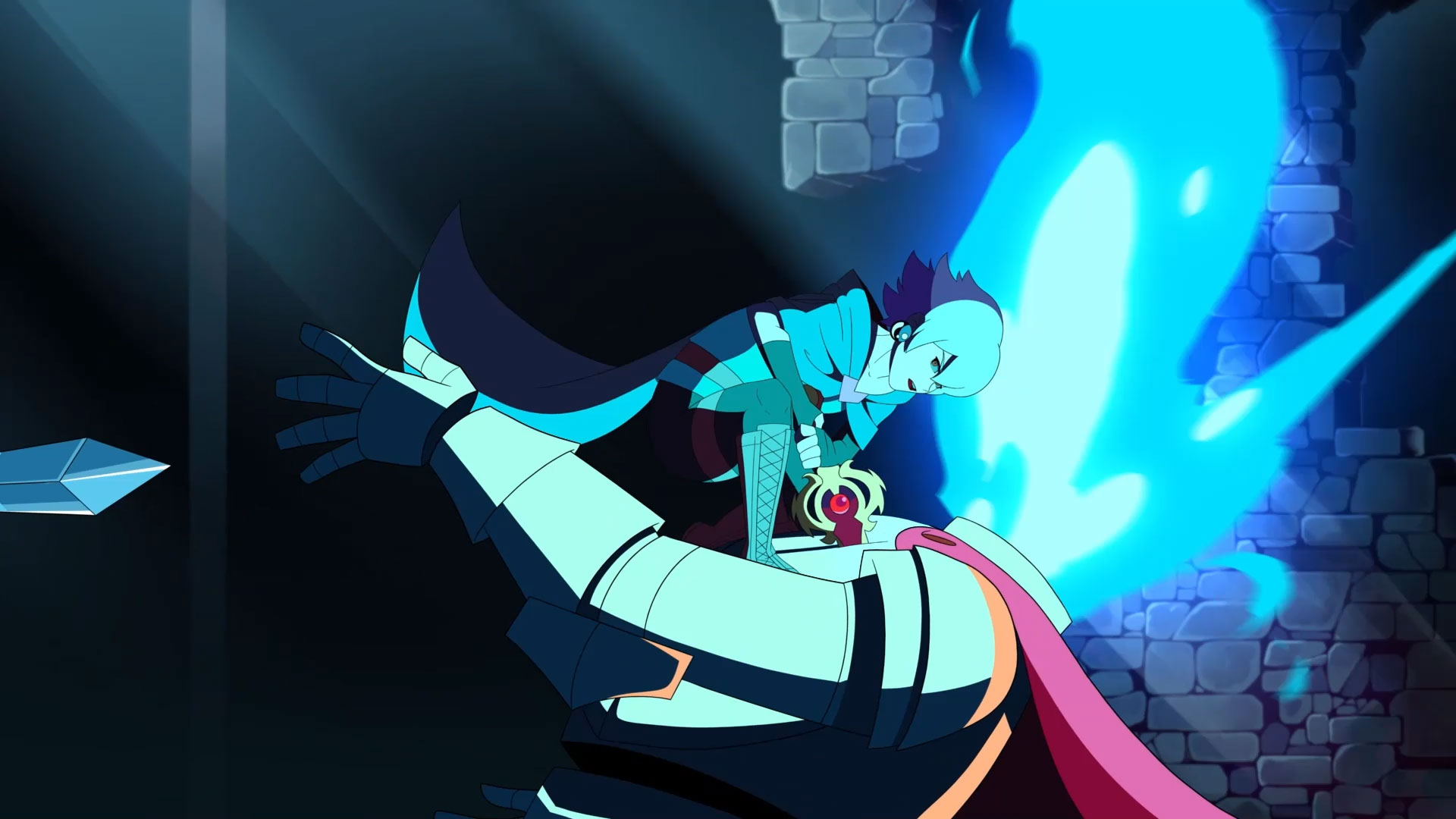