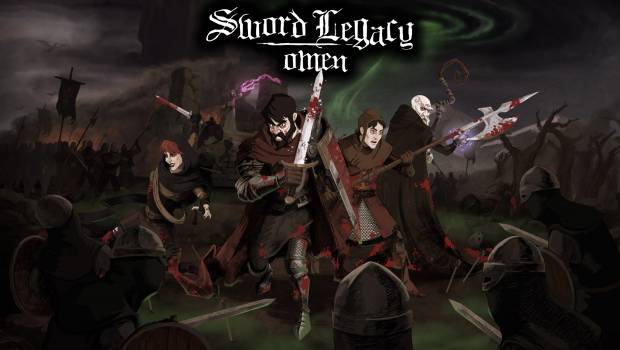 Broken Britannia: A once-thriving kingdom full of alchemical and technological advances, now fragmented by intrigue and deceit. Travel across as a fractured land as Uther and his band of misfits to discover the mysterious origin of a gruesome plague and dispense justice by fulfilling an ancient prophecy. Battle through harsh blizzards and navigate treacherous marshlands on a quest to find the lost sword, Excalibur.

Mercia
Where the journey begins. A realm built on trust and honour, until Lord Leof’s court took his pacifism for weakness and betrayed him.

Northumbria
Britannia’s largest domain, with a leader as grueling and harsh as it’s infamous winters. As the region is ravaged by a plague, it remains to be seen if Lord Caydern’s militant tactics and discipline will be enough to save his people.

Anglia
Home to the Order of Terah, a peculiar monothestic faith and currently in turmoil after the disappearance of the benevolent Lord Edmur. In the wake of this, even the faithful are wary about kneeling to the Goddess, Terah.

Kent
Blessed with a climate like eternal spring and close to the mystical island of Avalon, Kent is known for regular appearances of the mysterious Faye. Rumour suggests that Lady Alfhild struggles to maintain her rule over the region and to make matters worse, Wessex troops have begun massing near the border.

Wessex
Described in folktales as the domain punished by the Gods for not respecting limits. The power obsessed Duke Gorlois seeks supremacy through dark knowledge by delving into cryptic studies and taking part in alchemical experiments.

Each of these regions has been carefully designed by the team at Firecast and Fableware and realised in a stunning, unique art style with a strong cartoon-aesthetic. The world may look beautiful but it is deadly and even the fiercest of warriors must tread carefully though Broken Britannia.

Sword Legacy: Omen will be available for PC in 2018