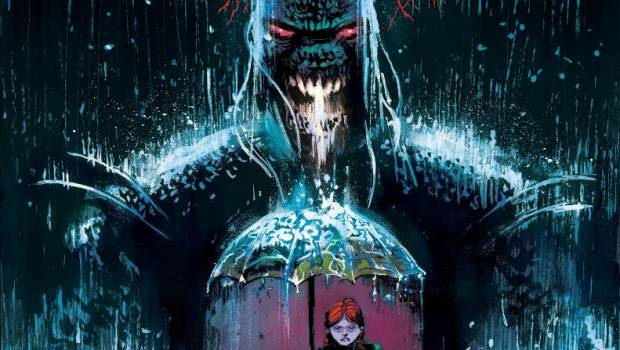 Summary: A unique tale with some frighting visuals and intriguing concepts that lacks in the character depth needed to keep you coming back for more.

Sweet Heart is the new 5-issue horror miniseries from Action Lab Comics. Written by Dillon Gilbertson and featuring art from Francesco Iaquinta, it tells the tale of a terrifying world much like our own… Except with monsters preying on particular people from the shadows.

Set in Ellicott City, Maryland, we’re introduced to Ben and the creature that stalks him. To keep the monster at bay, Ben has to drink a tonic several times a day. However it’s always there, waiting to strike, as we see him and his mother grow up knowing that any day could be his last.

It’s an interesting concept backed up with a terrifying design for the monster. For most of the second issue, the moments we see the creature are on big one-page spreads with it looming over not only the characters in the book, but us the reader. These moments are tense and succeed in showing the terror the inhabitants of the city constantly live in.

When the creature isn’t around, the art does an excellent job of portraying quite a mundane city life. After quite a tragic event at the end of the first chapter, the second issue spends a lot of time at school, and these moments help ground this story.

Where this story falters however is in the writing and dialogue. There’s a lot of convoluted exposition everywhere you look. The first issue has a lot of narration explaining the various concepts, where as the second issue has teachers telling you what is going on. Perhaps it could’ve been easily explained during conversations instead of it feeling like the writers are directly telling you, the reader, how things work in this world.

As a result of this style of storytelling, I found it difficult to connect to any of the characters we’re introduced to across these two opening chapters. It does seem it may turn a bit more character based in the remaining three issues as most of the concepts appear to be fully explained at this point, but unfortunately it doesn’t feel like I have enough of an investment to make me want to come back fortnight-after-fortnight to find out what happens to these characters.

However, packed full of intriguing concepts and terrifying artwork, fans of the horror genre will easily find something to love in Sweet Heart. 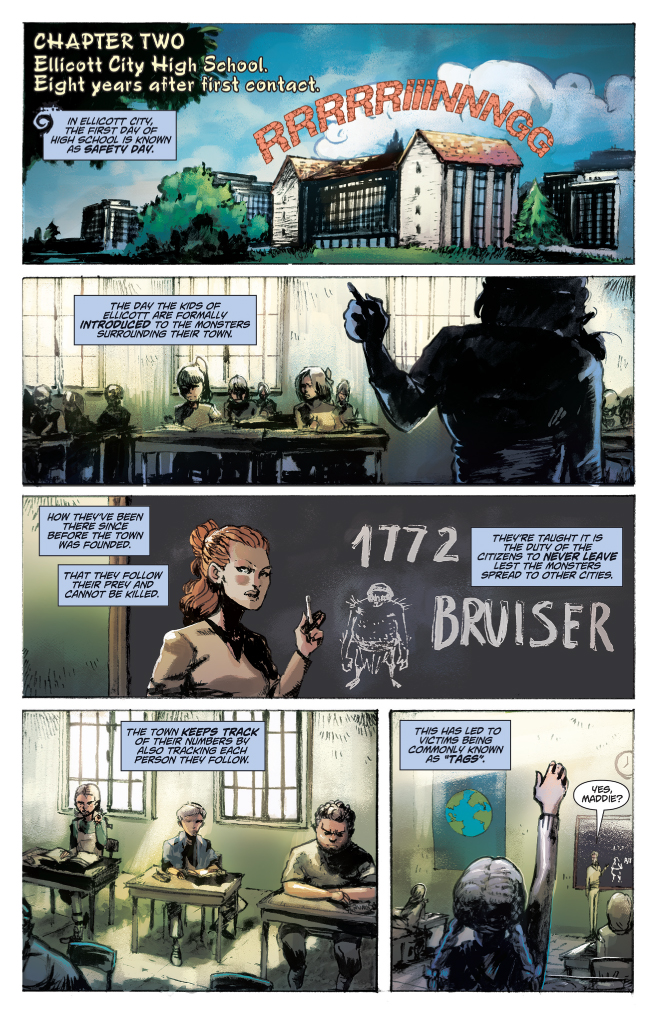 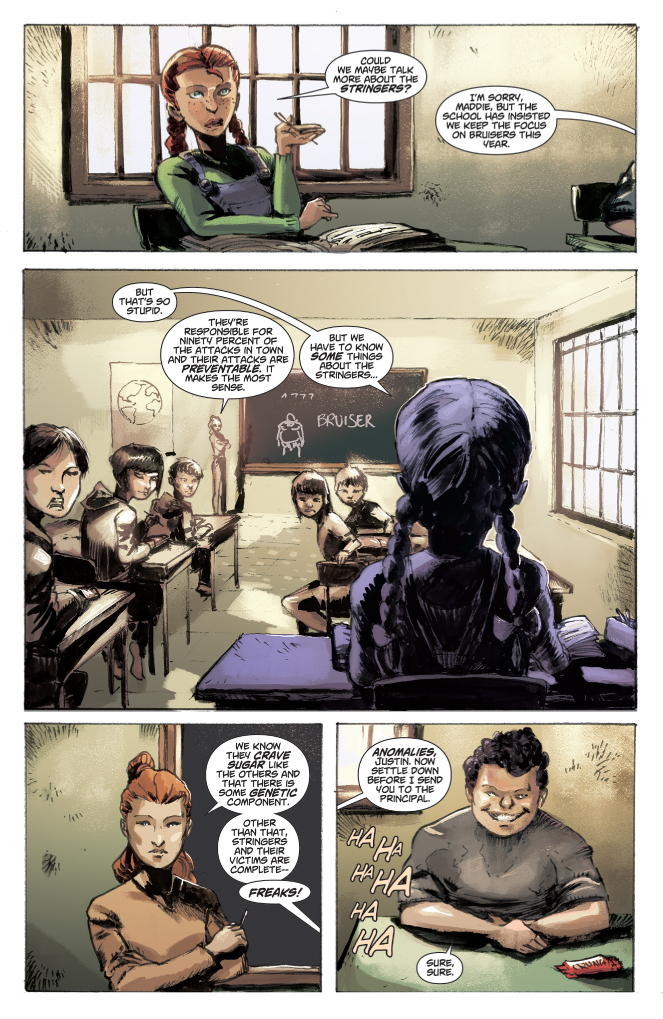 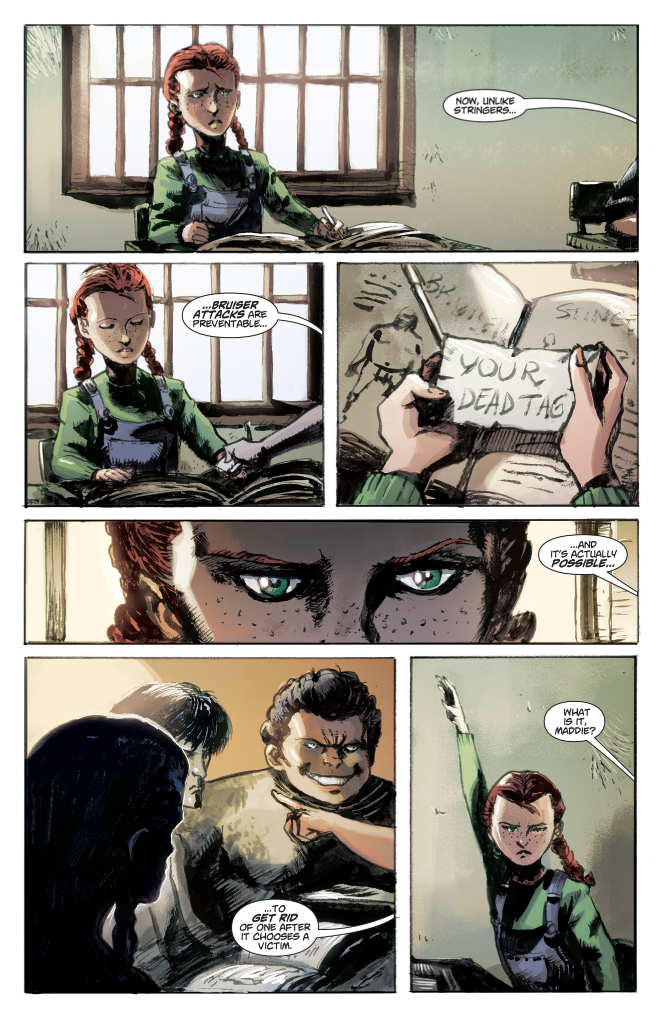 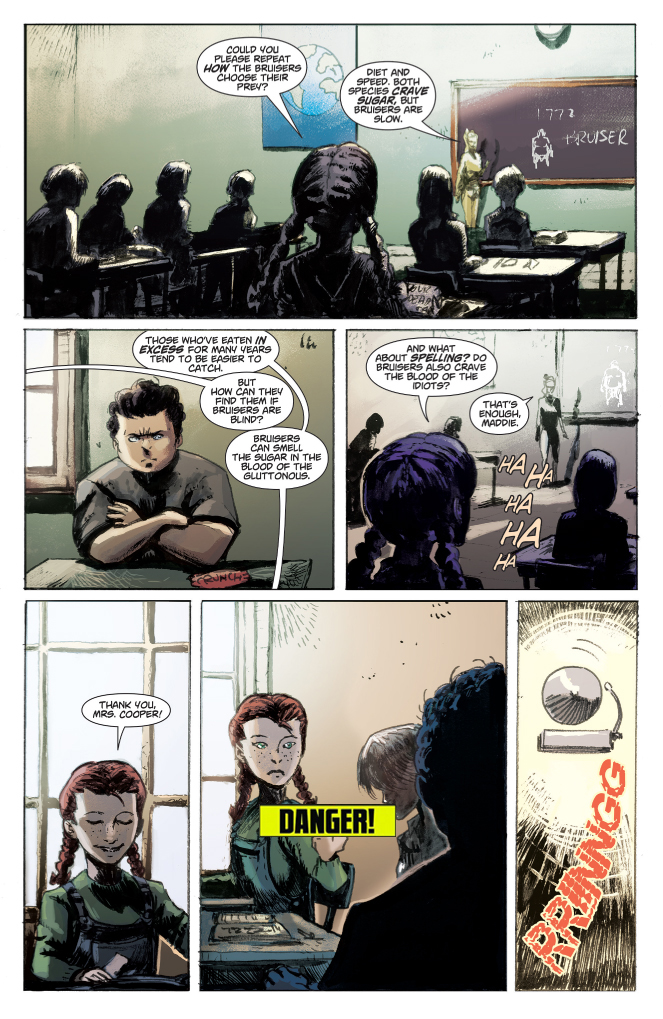 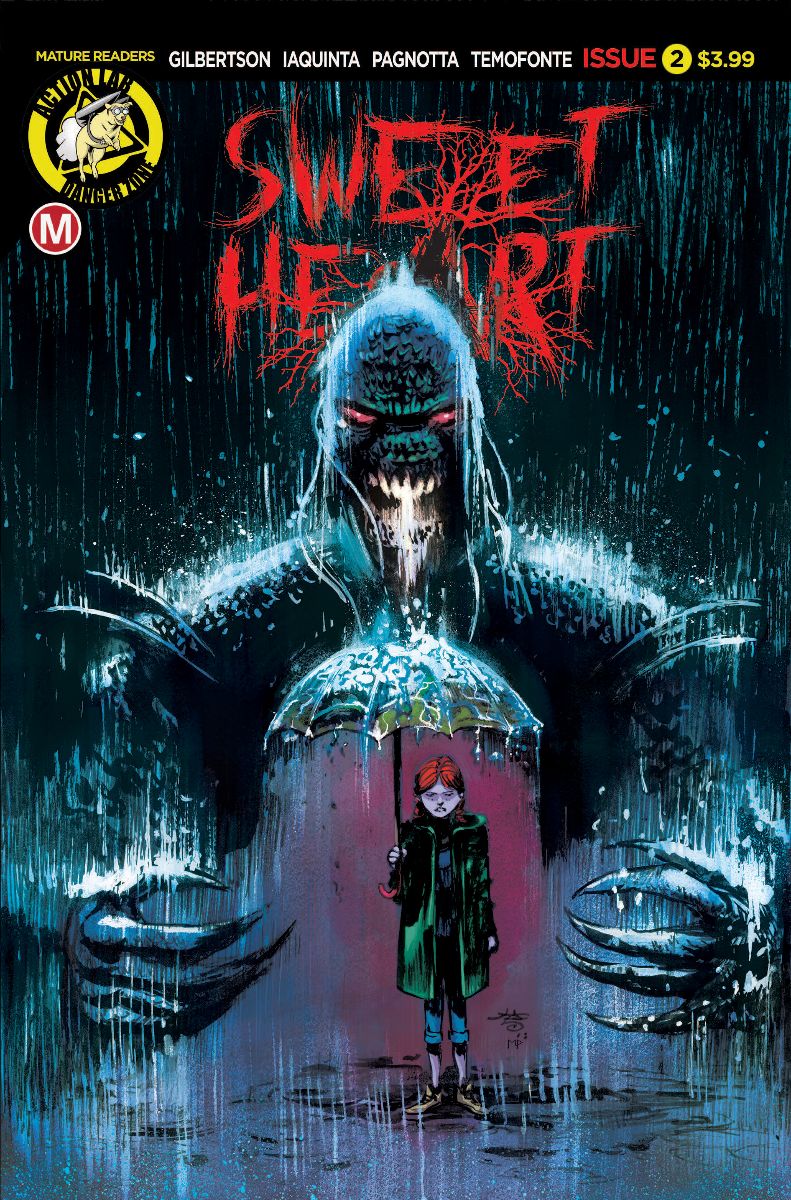