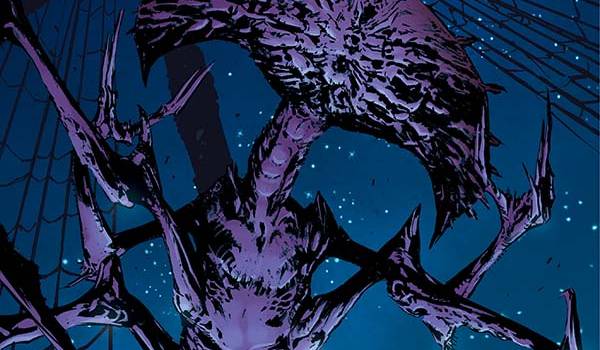 Summary: An interesting tale of a captain and her crew sailing through space

Buckle up for a ride on the seas of space

Having never read an issue of Swashbucklers before this, I wasn’t sure what to expect other than some possibility of it containing, well, pirates. Sure enough, there were pirates, but in space. 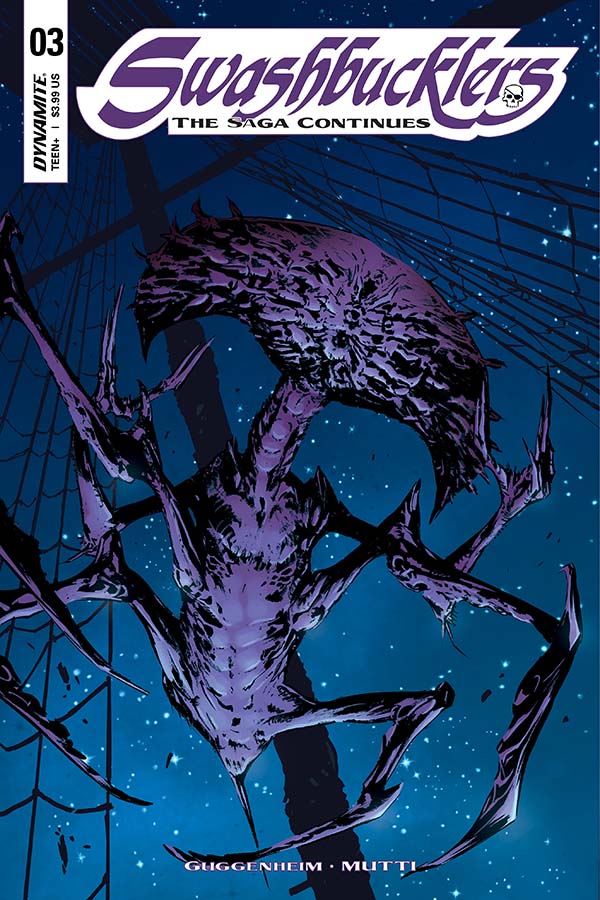 Captain Raader and her crew of other worldly beings appear to find themselves in a bit of a quandary after they find her hung over from a long night of drinking. She’s questioning herself and purpose while the crew tries to pick her up and shove off in their spaceship. Yes, a spaceship – one that looks like an old frigate (I think?) but flies through space. It’s pretty neat and clever to a point. I mean, these are space pirates.

Raader appears to have some type of power bestowed to her but she doesn’t know how to full realize it. At the same time, it looks like she may be running out of magic juice and is limited with how much she can use this power. However, there is something that happens that causes a pretty selfless act on her part as it shows a pretty definable character moment for her. But, I won’t spoil that for you, check it out for yourself! 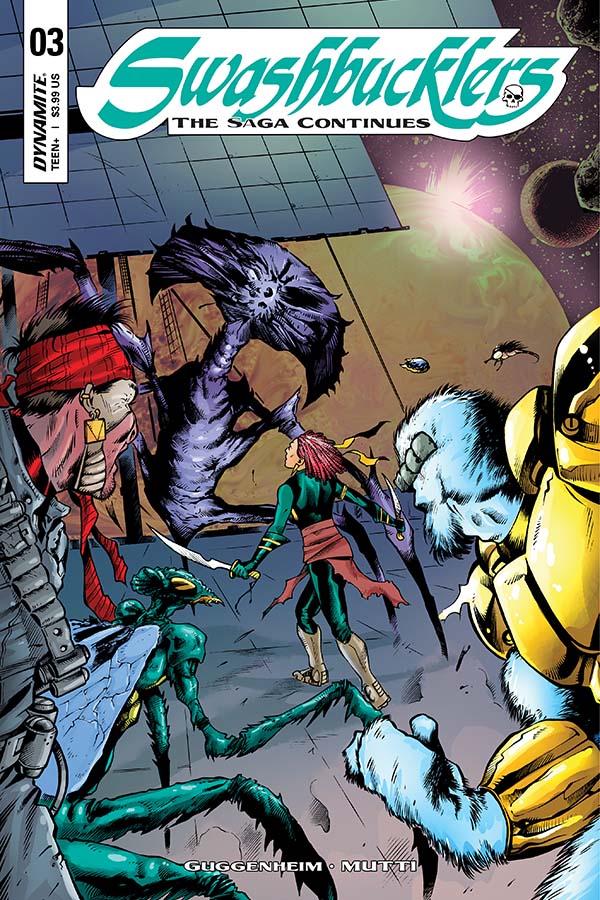 Creative credits for this series go to Bill Mantlo and Jackson Guice. The writing, which I assume had to take some time translating everything into pirate slang was done very decently by Marc Guggenheim. And rounding out the pencils and colors are Andrea Mutti and Chris Sotomayor, respectively. The art and colors match the atmosphere very well, so I didn’t find any issues there. It can be distracting when the art simply doesn’t match the story being told, but I don’t think you’ll find that issue here.

It’s worth a shot if you want some space pirate action, so take a peek at your local comic book store this week and see if it’s something that will satisfy.