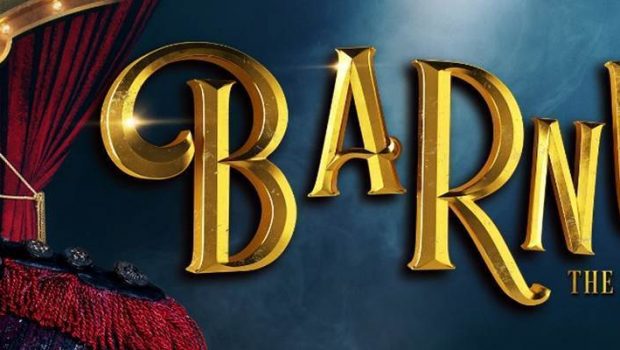 SUZIE MATHERS RETURNS TO AUSTRALIA TO STAR IN

“Barnum’s the name… P.T. Barnum. And I want to tell you that tonight you are going to see – bar none – every sight, wonder and miracle that name stands for!”

BARNUM, one of Broadway’s most treasured musicals, returns to Australia in an all-new spectacular production. From visionary director Tyran Parke, this new production will play an exclusive engagement at Melbourne’s most intimate professional musical theatre venue, the Comedy Theatre for a strictly limited time from April 27 2019.

Australian musical theatre starlet Suzie Mathers will return home to Australia to star as the Swedish Nightingale Jenny Lind, in this new production of the favourite Broadway classic. In recent years she has taken London’s West End by storm most notably starring in the role of Glinda in the 10th Anniversary cast of Wicked at the Apollo Victoria Theatre.

“I am so excited to be returning home to play such a wonderful role alongside a stellar all Australian cast and creative team. To be back on the Aussie stage will be incredibly special – I’m having such a ball working in London, but you know what they say, ‘there’s no place like home’!” said Suzie.

Starring alongside Suzie Mathers in this new Australian production as America’s legendary circus impresario and unparalleled showman, P.T. Barnum will be none other than Australia’s own greatest showman Todd McKenney. Star of Australian stage and screen, Rachael Beck will play the devoted wife of P.T. Barnum, Charity and joining the cast playing Joice Heth, is musical theatre star Akina Edmonds.

Based on the life of P.T. Barnum, BARNUM is a colourful, dynamic spectacle with heart, where audiences shall witness the wonders of the world including Jumbo, the largest elephant, Joice Heth the oldest woman to ever live, a great white whale from Labrador, General Tom Thumb only twenty-five inches from toe to crown, and the rarest and most beautiful bird in captivity the Swedish soprano, Jenny Lind.  Plus, a cast of hundreds, no thousands including marching bands, tumbling bands, flying bands, bands of every size shape and description!

This heart-warming and uplifting musical is a theatrical event for all generations, full of great music, circus, magic and comedy; not to mention Barnum’s magnificent tight-rope scene.  In collaboration with the National Institute of Circus Arts (NICA), the brand new Australian production is produced by StoreyBoard Entertainment bringing together some of the creative team from its critically acclaimed production Follies, In Concert.

With a book by Mark Bramble (42nd Street), lyrics by Michael Stewart (Hello Dolly!), and music by Cy Coleman (Sweet Charity). BARNUM covers the period from 1835 through 1880 in America and major cities of the world where Barnum took his performing companies.

Suspend your disbelief at the theatre door and do not miss this musical or as Barnum himself would say “The Greatest Show on Earth!”