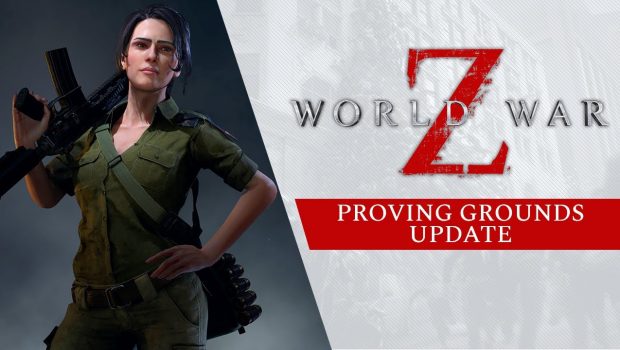 Saber Interactive, in partnership with Focus Home Interactive, has released the free Proving Grounds Update for World War Z, the action-packed co-op shooter inspired by Paramount Pictures’ blockbuster film. The update features the Weekly Challenge mode, a separate playlist with unique gameplay modifiers (e.g., “all weapons are replaced with crossbows” or “players take damage if they’re too close to each other”) designed to dramatically change your play style and keep the struggle against the undead dangerous and exciting each week.

Completing the weekly challenge rewards players with anew currency that can be spent on character customization options like color schemes, headgear, backpack attachments and more. The update also includes a new Classic Battle Rifle, as well as a variety of game fixes and quality-of-life improvements.

World War Z is currently available digitally and at most major retailers on PlayStation®4 and Xbox One, as well as Windows PC via the Epic Games store. For more information, visithttp://wwzgame.com, and follow the game on Facebook at www.facebook.com/WWZGame, Twitter @WWZTheGame, and Instagram@WWZGame.