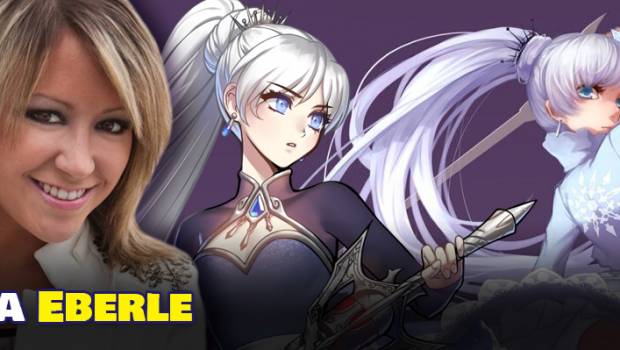 Kara Eberle is an American voice actress and internet personality. She’s most known for her role as Weiss Schnee in the award-winning anime series, RWBY.

Kara first stepped into the industry working at Rooster Teeth Productions, where she met Monty Oum (RWBY) in 2011. They became close friends, and Oum shared a “crazy idea” that would turn out to be a global phenomenon. Warner Bros. Japan recently debuted RWBY to the eastern market in late 2015.

In addition to voice acting and interacting with fans, Kara works as an executive at Powerhouse Animation Studios, located in Austin, TX. She enjoys seeing all aspects of the animation world!