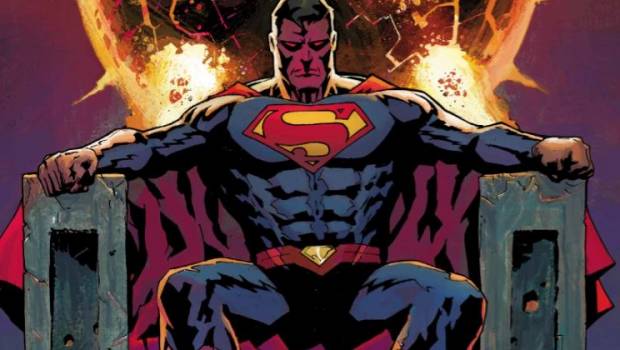 Sporting the new DC logo on the cover plus an uber cool image of Superman sitting on the throne of Darkseid, the creative team of Gleason, Tomasi, Mahnke, Mendoza and Quintana bring their A-game to the Man of Steel. Issue 36 of Superman commences with the son of Darkseid, Kalibak leading Apokolips to its doom as we see the delightfully crazy Granny Goodness going one on one with the spawn of evil.

Lois also stands her own ground against the Furies as she is finally reunited with her husband Clark. Elsewhere on Apokolips, the Prophet leads his own rebellion as he starts an uprising with the slaves of this planet. While Jon attempts to rescue an unconscious Lex from Kalibak, he is freed by the Prophet of Apokolips who believes that Superman is the rightful heir to this tortured planet as Kalibak is forced into the fire pits.

In an unexpected twist, Superman accepts the throne of Apokolips as he gives a very well written monologue to the denizens as he attempts to inspire them to help make this planet a beacon of hope in the universe. However Earth is Superman’s home and his last order as leader is to call the governors of Apokolips together in order to help them govern their people to their needs and of course, he lets the people know that if called, he will be there.

The issue ends with Superman giving Lex a talking down and that his actions have been dangerous and as a result, this billionaire finally removes the crest of El from his armour. All in all, Imperius Lex was a very fun storyline that ticked all the boxes with its epic story and amazing art that delivered a classic Superman story. The next issue brings a tease of things to come with Super Sons of Tomorrow! 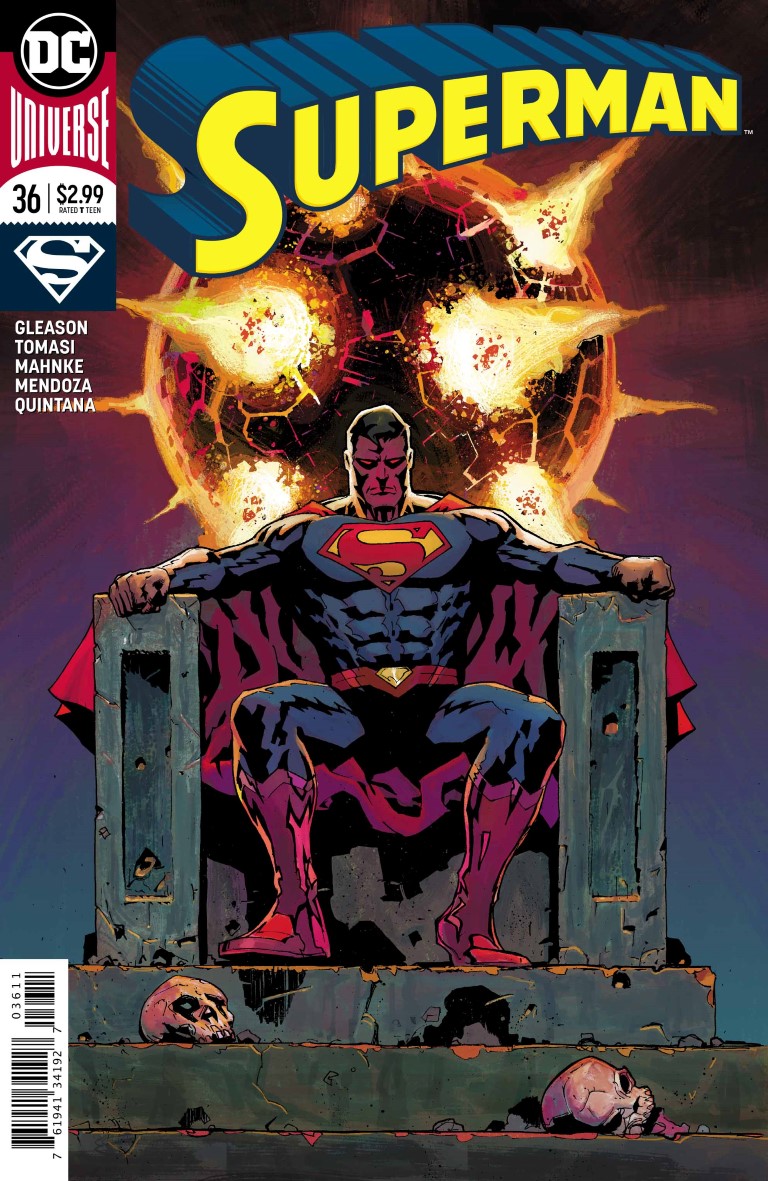 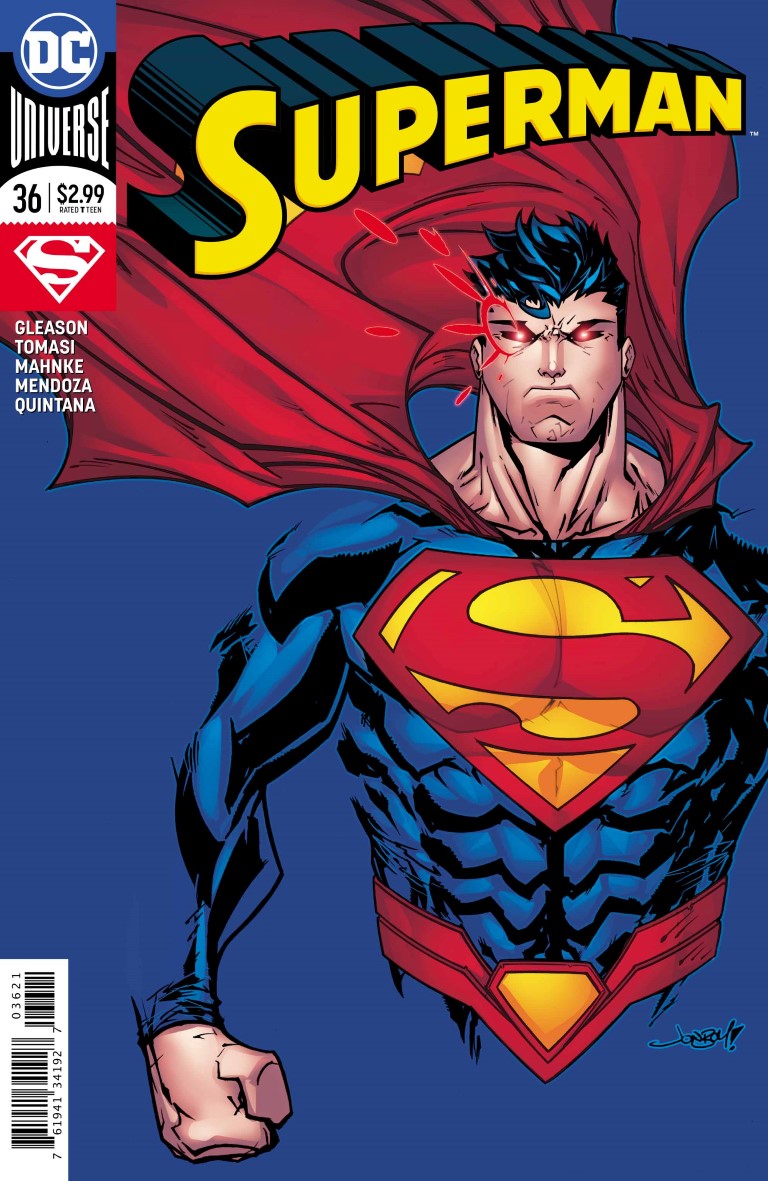 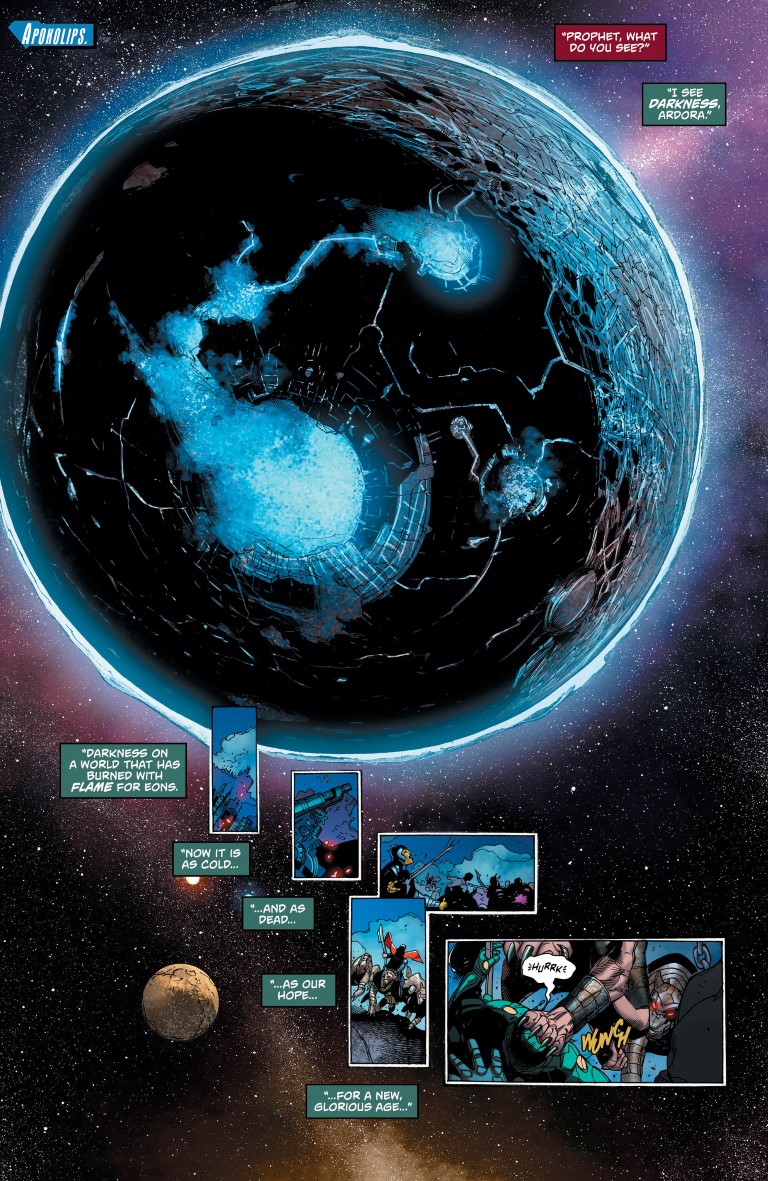 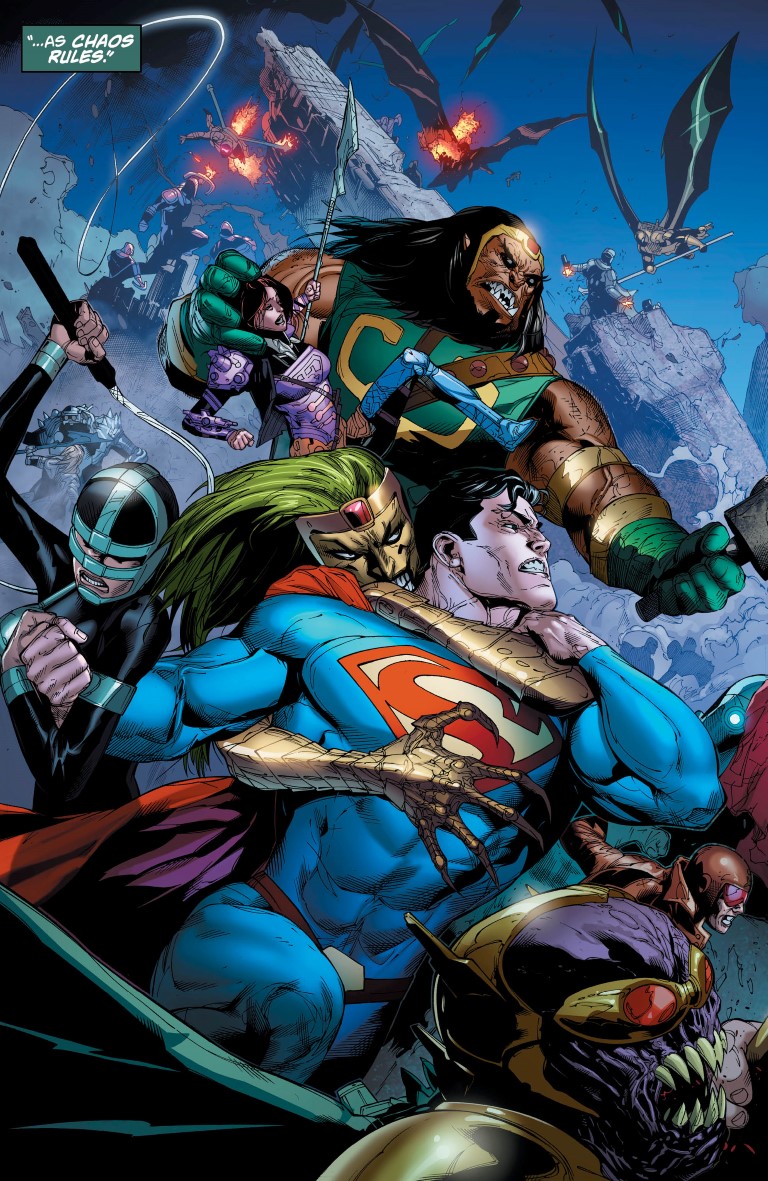 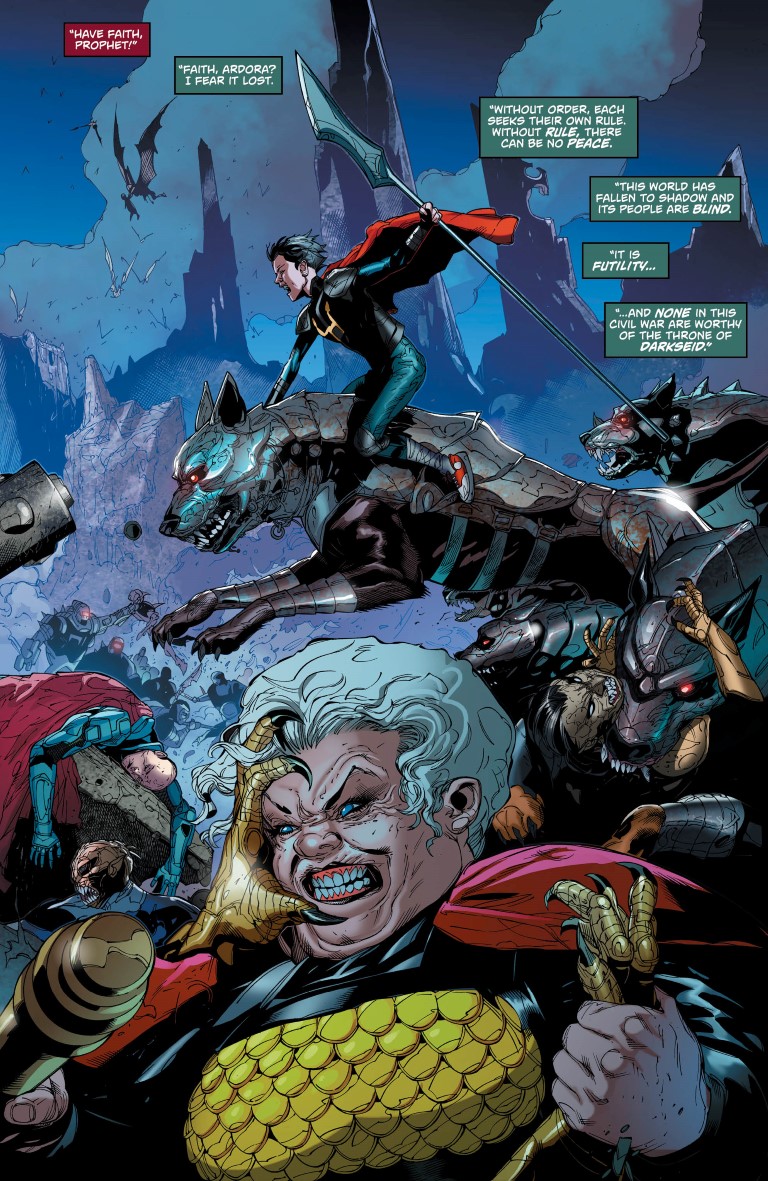 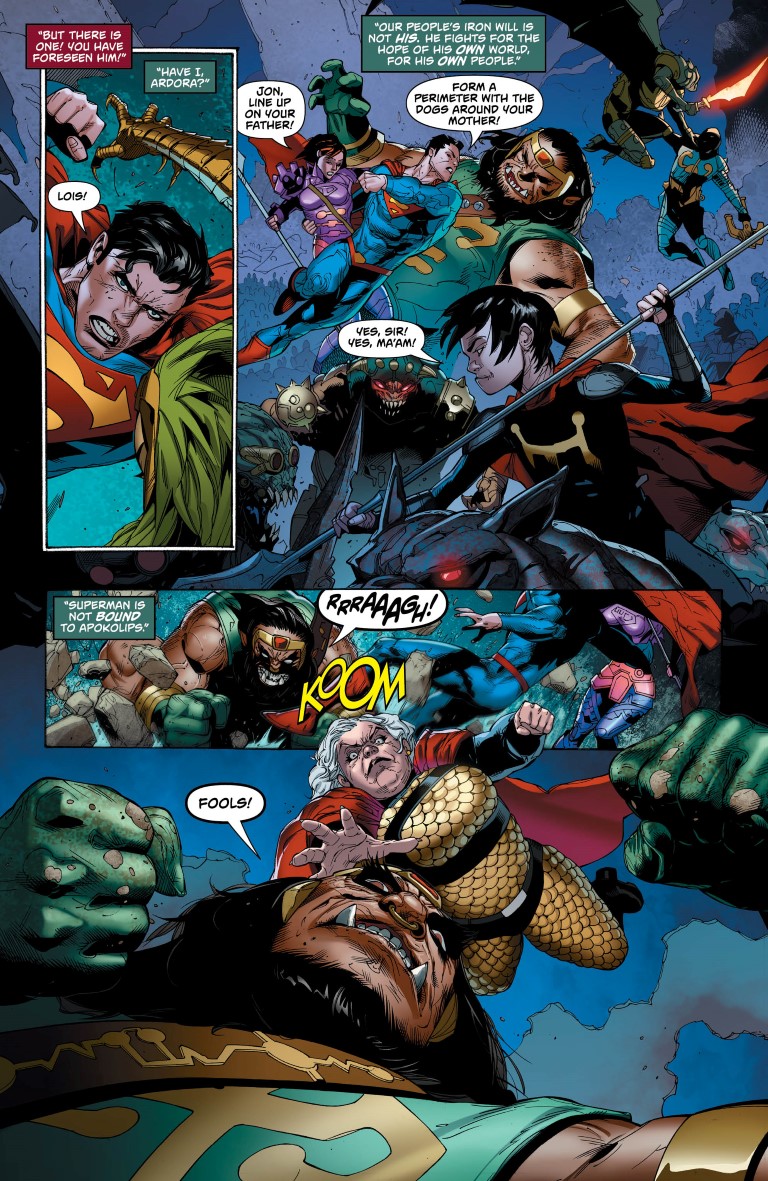 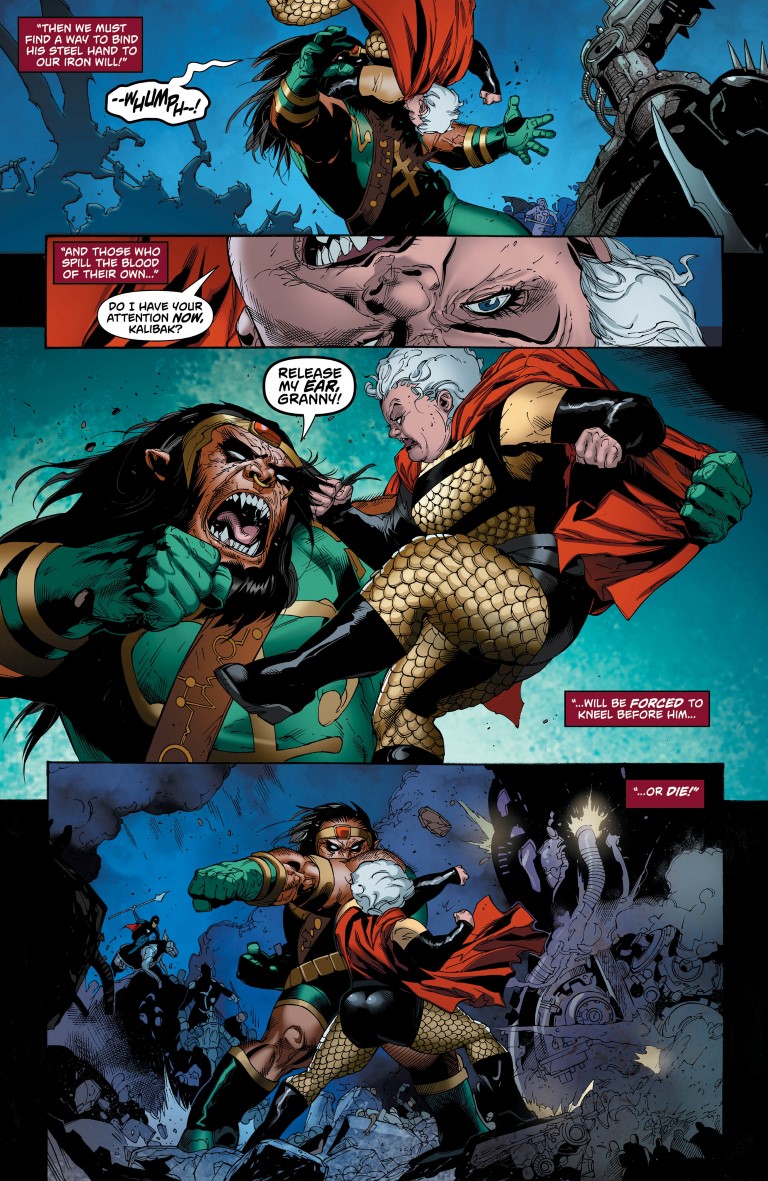 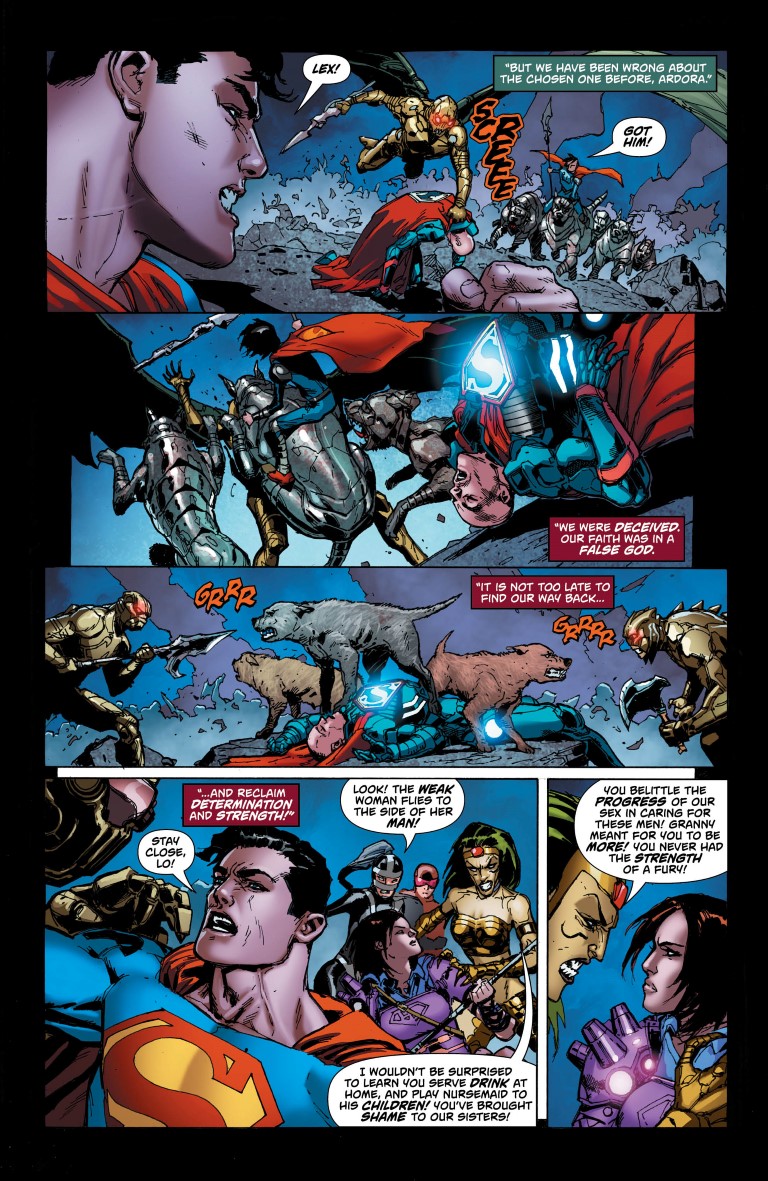