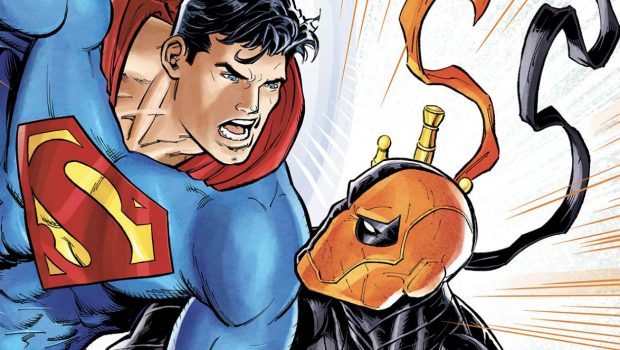 An interesting issue by James Bonny and Tyler Kirkman sees Superman come up against a S.T.A.R. Labs scientist called Dwayne who has a pang of conscience when this clandestine organisation intend to turn a new power source into a weapon of mass destruction. To make matters worse, the scientist sacrificed everything to create this new power source, including his marriage and in classic Superman fashion, the Man of Steel talks him out of ending his life. This scene also sets the motion of the story which is quite grounded, opposed to earth-shattering villains like Darkseid or Metallo.

Meanwhile in Bolivia, Lois Lane and Jimmy Olsen are investigating ‘The Grave Maker’, a powerful South American drug lord who has left a trail of dead bodies in his wake which leads our intrepid reporter to Deathstroke, a metahuman assassin known as Slade Wilson and she wants an interview with him. Although Clark is apprehensive of Lois following this lead, he gives her a stun gun from S.T.A.R. Labs and even though this device comes in hand, so does her husband Superman before she finally comes face to face with Wilson on her own ‘accord’.

Lois does get the interview and the reader does get an interesting snapshot into this villainous character, including what the death and killing means to him. Although the interview goes well which becomes the front page of the Daily Planet, the issue ends with an expected cliffhanger as Slade Wilson is about to complete his contract on Lois Lane.

I really enjoyed this issue and writer James Bonny delivered a very grounded look at both Superman, Lois and Deathstroke. The story didn’t feel too forced or contrived and the dialogue flowed well. Complementing the story was the art from Tyler Kirkman who draws a mean Superman and even meaner Deathstroke. His panels were quite explosive that almost gave the story this Hollywood blockbuster feel. There’s also some great splash pages used and all in all Superman #31 was a fun read, even though it had that slight filler feel to it. Nonetheless, an interesting interpretation of Superman and his leading support character, Lois Lane. 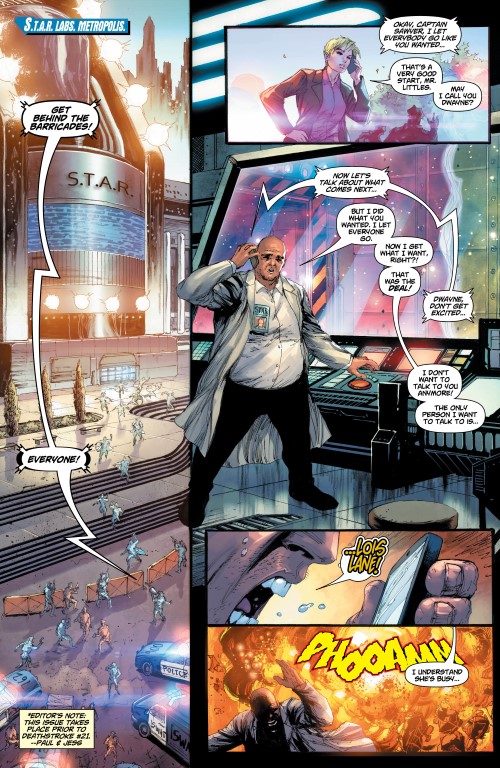 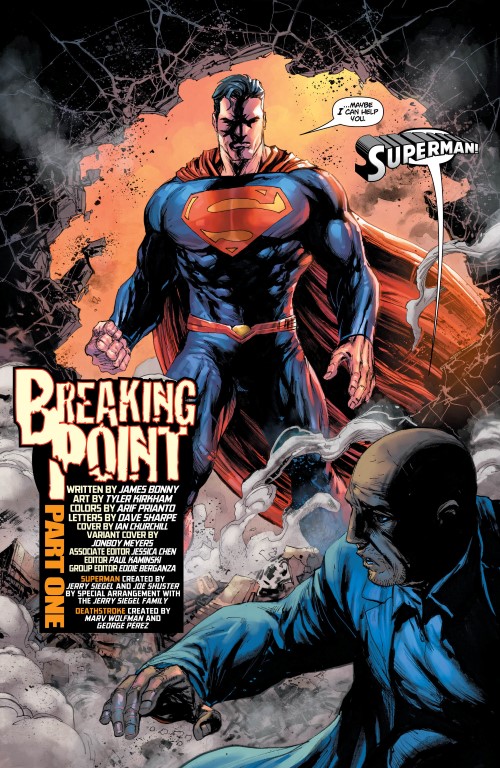 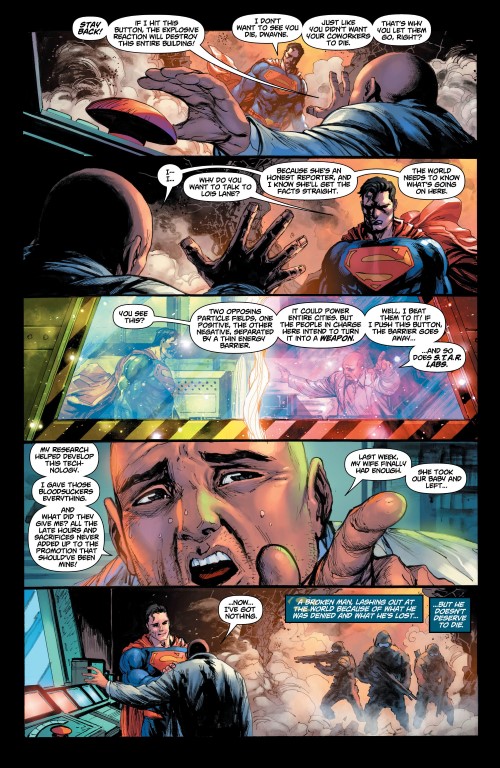 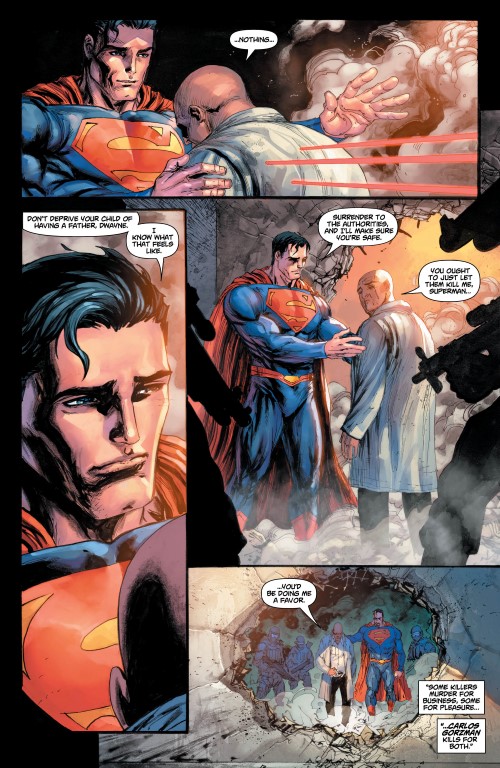 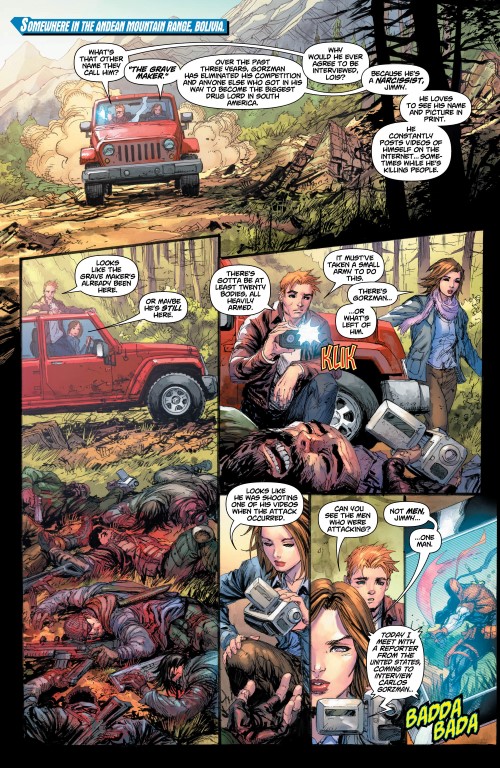 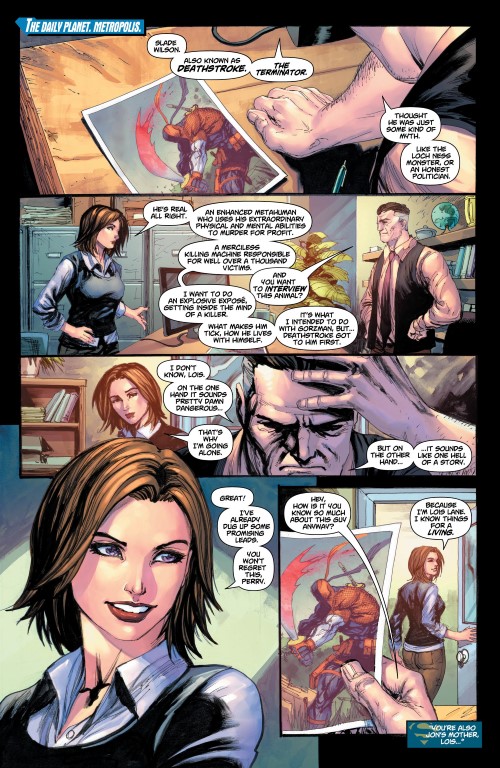 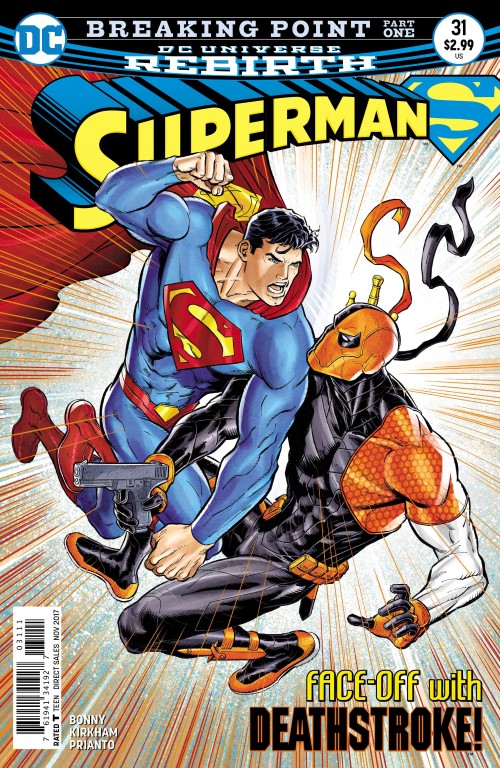 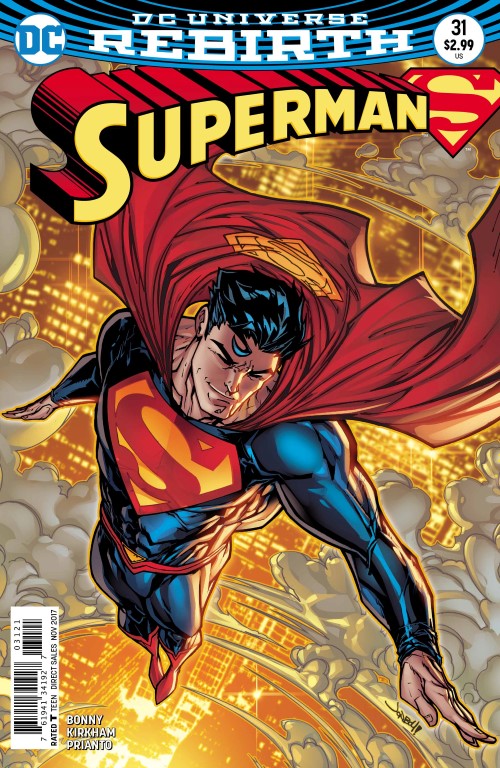