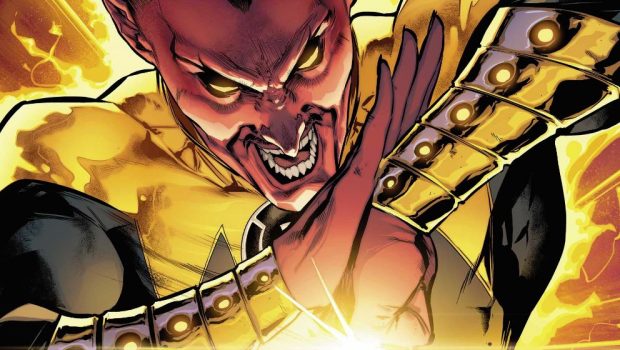 Summary: A fun issue with Superman as a Yellow Green Lantern

More Green Lantern than Superman (which is not a bad thing), Superman #30 sees a Parallax possessed Superman go up against the yellow ring bearer of Fear, Sinestro. With Parallax in control of one of the world’s greatest superheroes, he wants revenge of Sinestro as writer Keith Champagne with art by Ed Benes, Tyler Kirkman and Philip Tan deliver an action packed issue from start to finish. It’s also a must read issue if you’re a fan of Green Lantern because it does link to previous events in Green Lantern.

So while Parallax gets the upper hand on Sinenstro, our nefarious villain is actually allowing the fear entity to play into his hands as he transports ‘it’ to Qward in order to once again capture this powerful creature. At times, Superman’s persona does come to the forefront as he attempts to wrestle free from Parallax. There’s also an interesting scene of Superman’s deepest fears and as this is a Superman comic, Clark does get the upper hand and manages to defeat Sinestro and capture Parallax within his ring.

We also learn a little more about Parallax who is actually frightened of Sinestro and the Man of Steel vows to deliver the entity to Hal Jordan in an attempt for them to ‘care’ for ‘it’. With a weakened Sinestro who demands Superman to handover his ring, he flees with his mistress of the dark Lyssa Drak before our hero gives the Weaponers of Qward a much needed pep talk after being enslaved by Sinestro. The issue ends with a touching scene between Clark, Lois and Jon with the next issue being “Apokolips Now!!”. The further adventures of Parallax are also continued in Hal Jordan & the Green Lantern Corps #30 to #31 which are also must reads!

All in all Superman #30 was a fun issue and Keith Champagne captured the characters well, even though it was more a Green Lantern issue. Nonetheless, the dialogue was spot on and if either creative teams leave, Keith would make a great substitute on both series. The art was like a summer blockbuster comic event and Ed Benes drew some excellent life-like and dynamic panels. As with Keith, Ed would also make a great substitute on either series as well, so kudos to them both!

A fun issue with Superman as a Yellow Green Lantern! 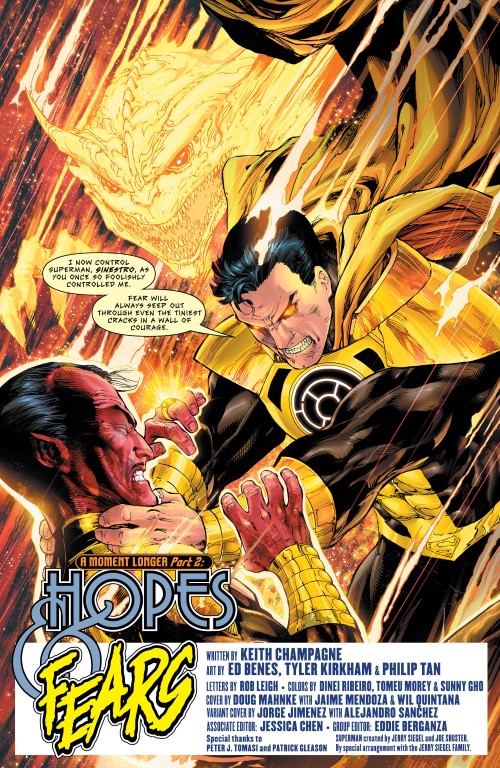 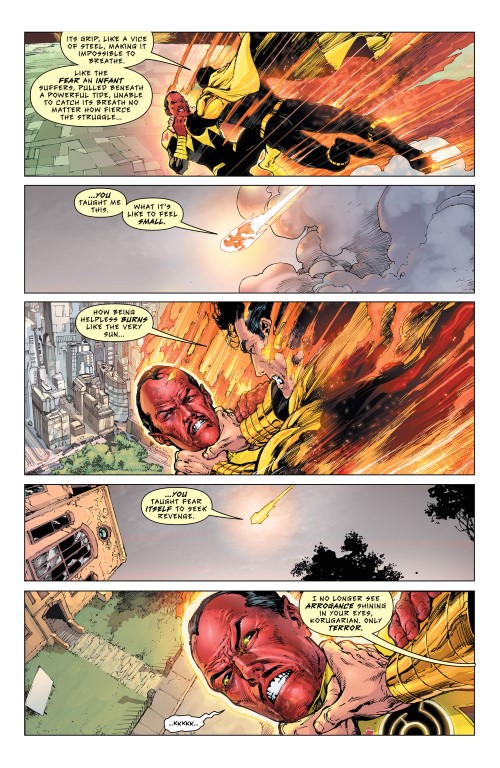 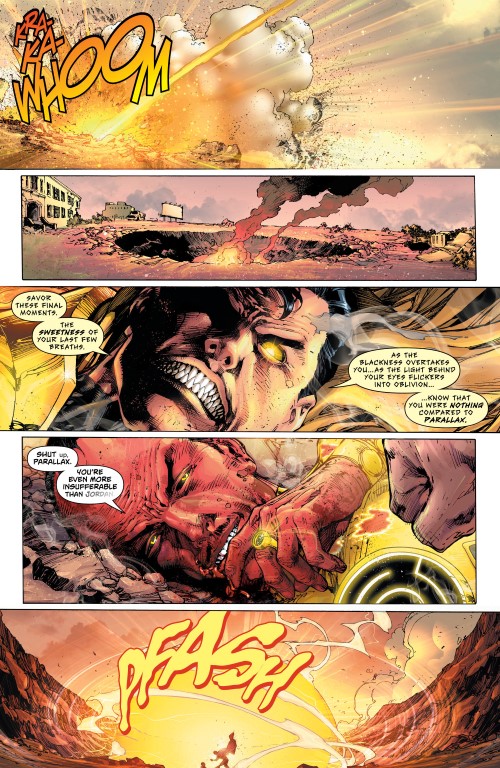 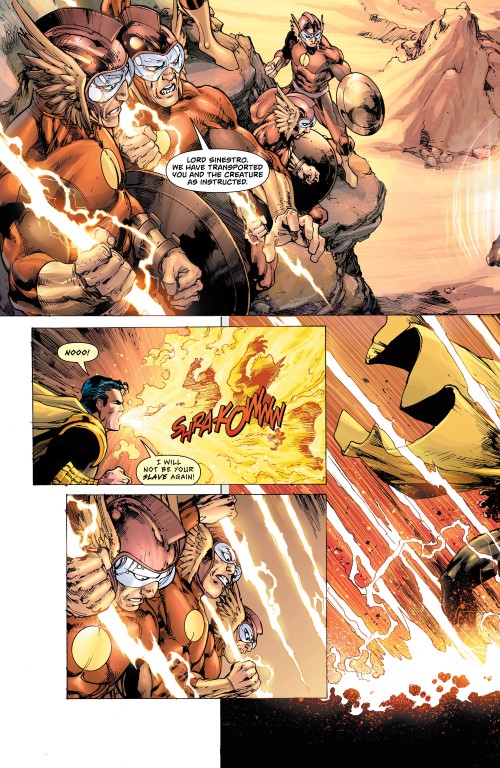 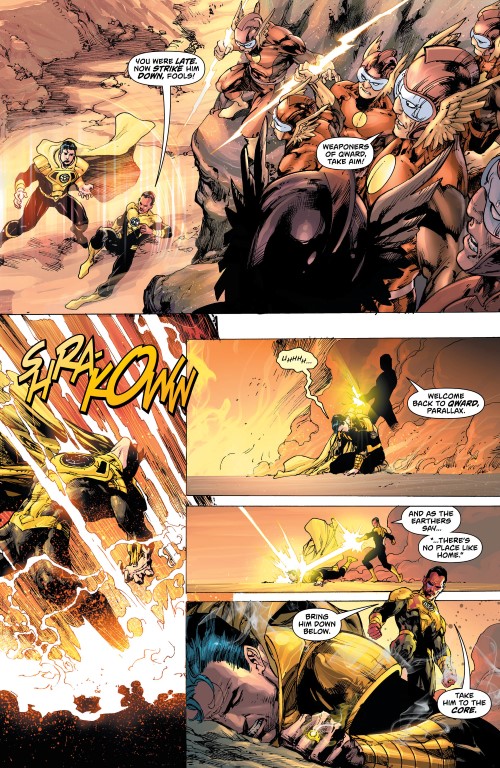 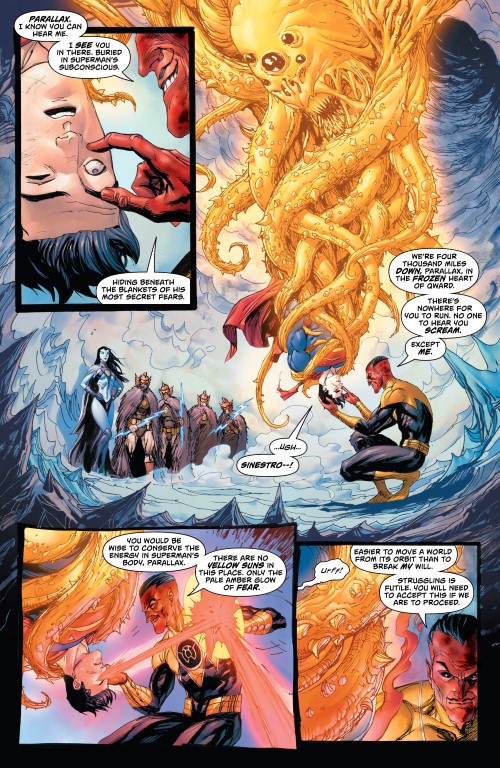 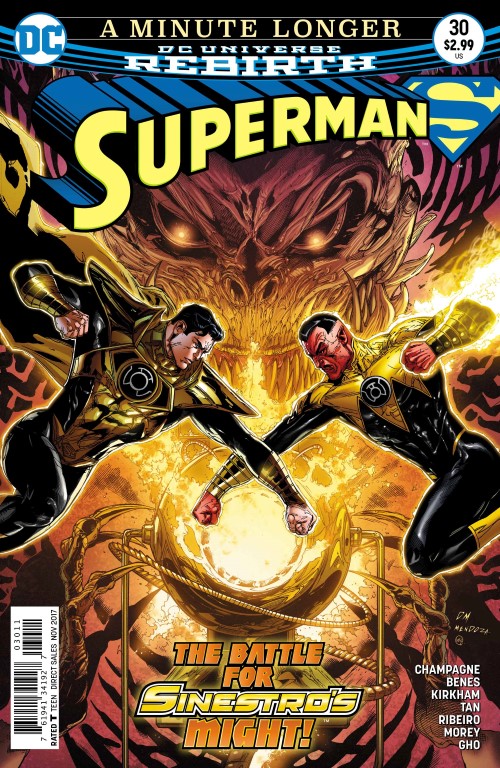 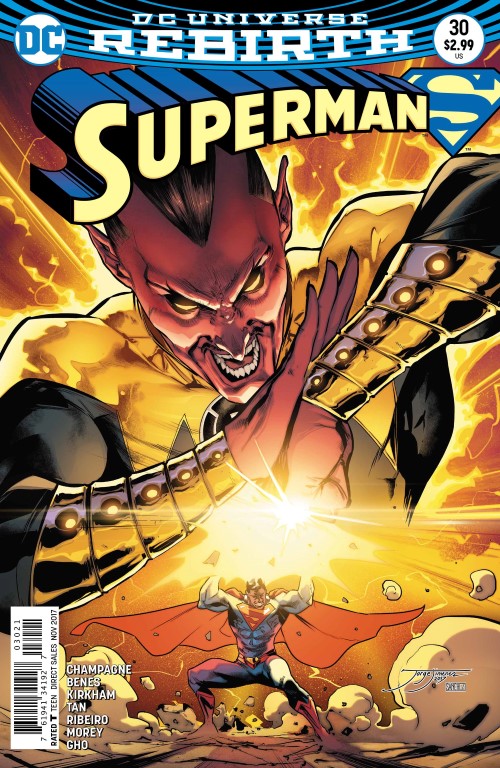