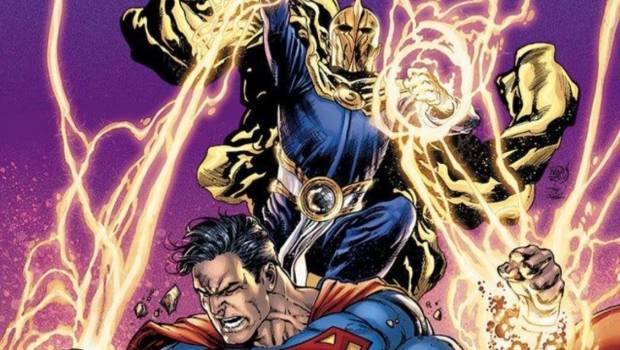 Superman #23 is written by comic scribe extraordinaire Brian Bendis who introduces Superman to the currently wielder of the Doctor Fate mantle, Khalid Nassour. The story starts three weeks ago where the DEO is attacked by an unknown mystical entity but thankfully Adam Strange is there to save the day. This builds the momentum for the antagonist who will make themselves known at the end of the issue. 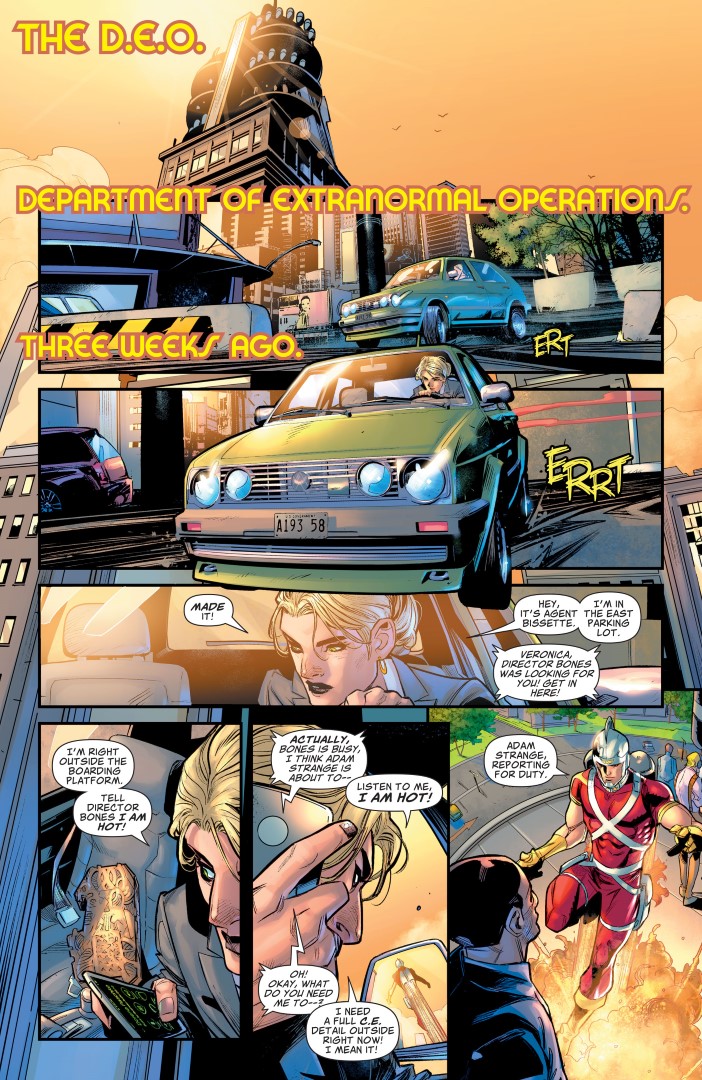 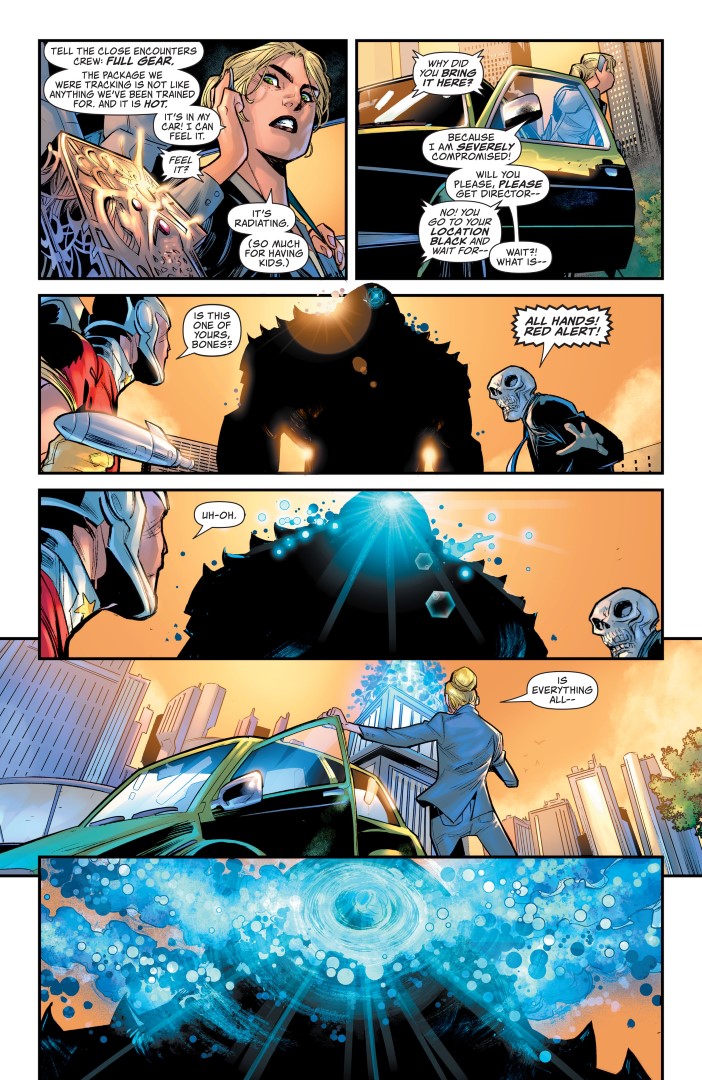 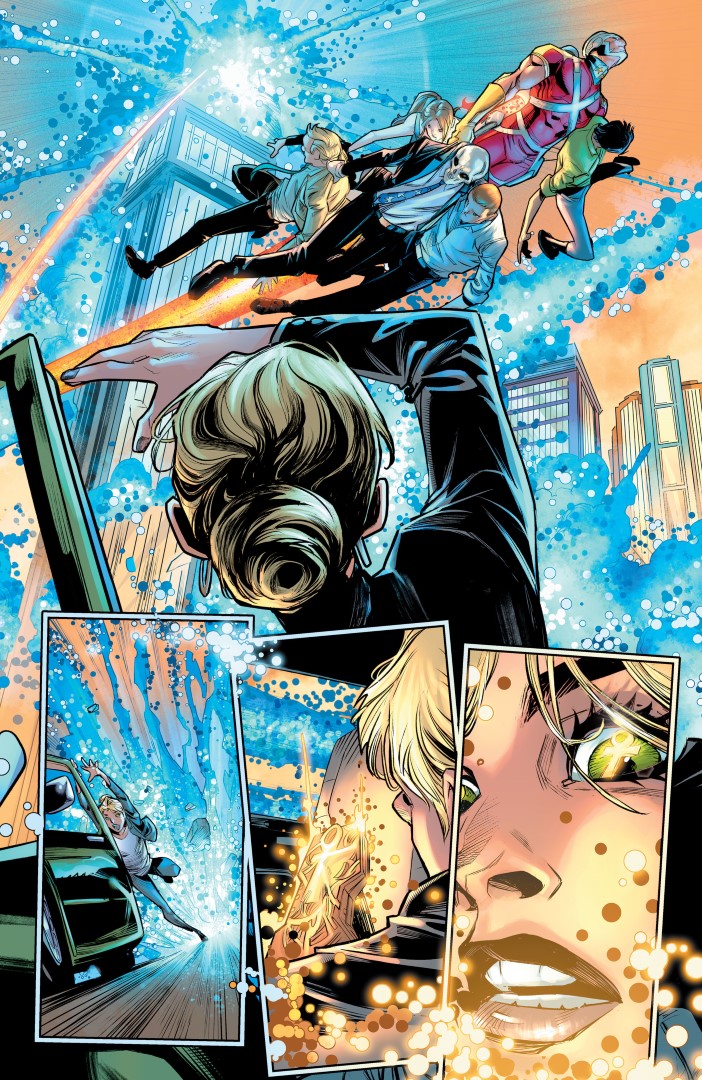 Cut to the present where Superman is at the Hall of Justice where he meets the Wonder Twins before being summoned (quite melodramatically actually) to a meeting by the new Doctor Fate (think Peter Parker and Kyle Rayner) and while I’m not a huge fan of new costume of Fate, artist Kevin Maguire does a decent job of almost making this look work. 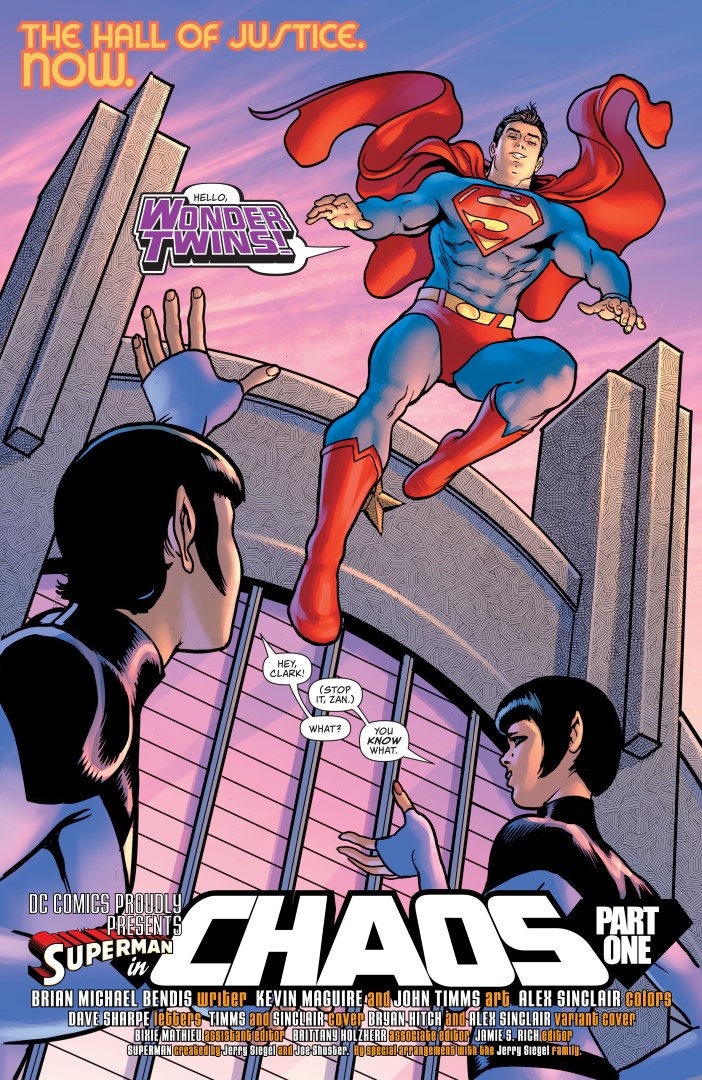 Before the one on one with Fate, Superman meets some of the other members of Justice League Dark where he is eventually taken to The Tower of Fate, the abode of Doctor Fate for a “mystical (health) check-up”, including an awesome page by Kevin Maguire as Fate uses his powers on the Man of Steel. We then cut to Star City where agent Veronica Bissette of the DEO becomes possessed the Xanadoth, the spirit of the Lords of Chaos who accidentally freed this creature.

Michael Bendis really delivers in this issue as he gives us a great two-way conversation between Superman and Khalid about how his father Jor-El ‘accidentally’ lost Clark’s son Jon in space who came back older and is now living with the Legion of Superheroes a thousand years in the future which doesn’t rest well with him.

At the conclusion of this counseling session, Superman discloses that he wanted to watch his son grow up but this has been taken away from him which lead to a string of interesting questions from Khalid about the life of Superman. The story ends with Xanadoth appearing who comes to claim the Helmet of Fate.

All in all, an enjoyable Superman tale which Bendis makes quite fun, especially the counseling of Clark by the rather inexperienced Khalid. While the villain will be cliched (who isn’t?), particularly with his, her or its villainous dialogue “Xanadoth the Lord of the Lords of Chaos. Xanadoth, true owner of that Helmet of Fate”, I’m sure it will come together exceptionally well and in classic Bendis fashion. Oh, the art of Kevin Maguire and John Timms is exceptional when matched with the ciolours of Alex Sinclair which really makes the title come to life, quite “brave” and boldly. 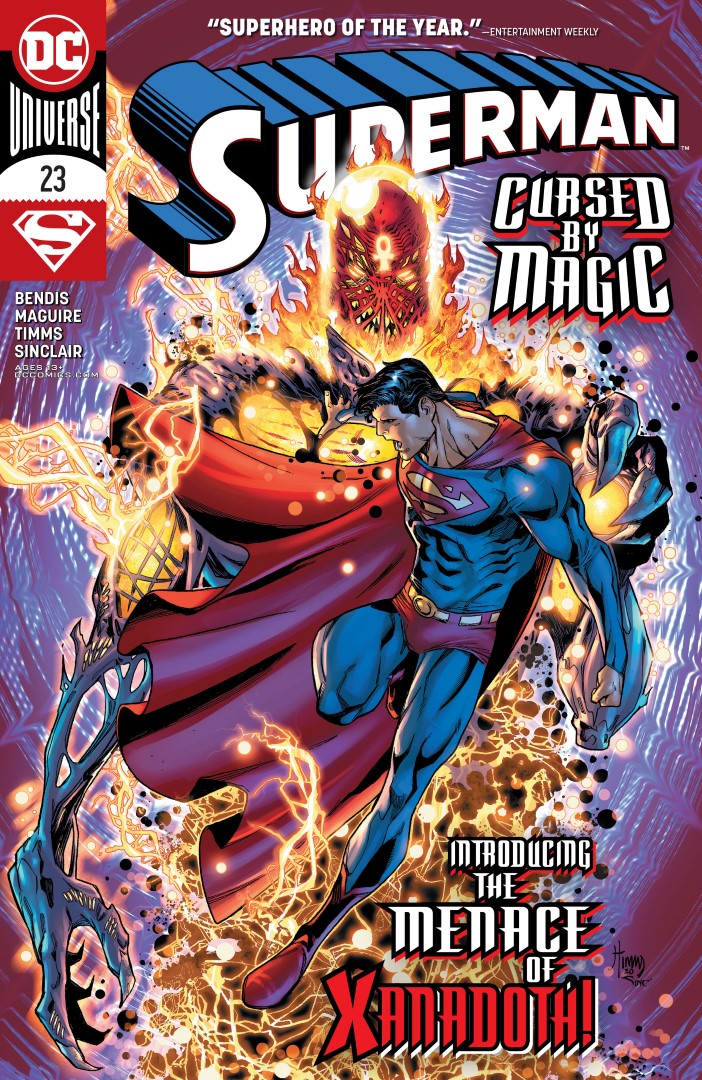 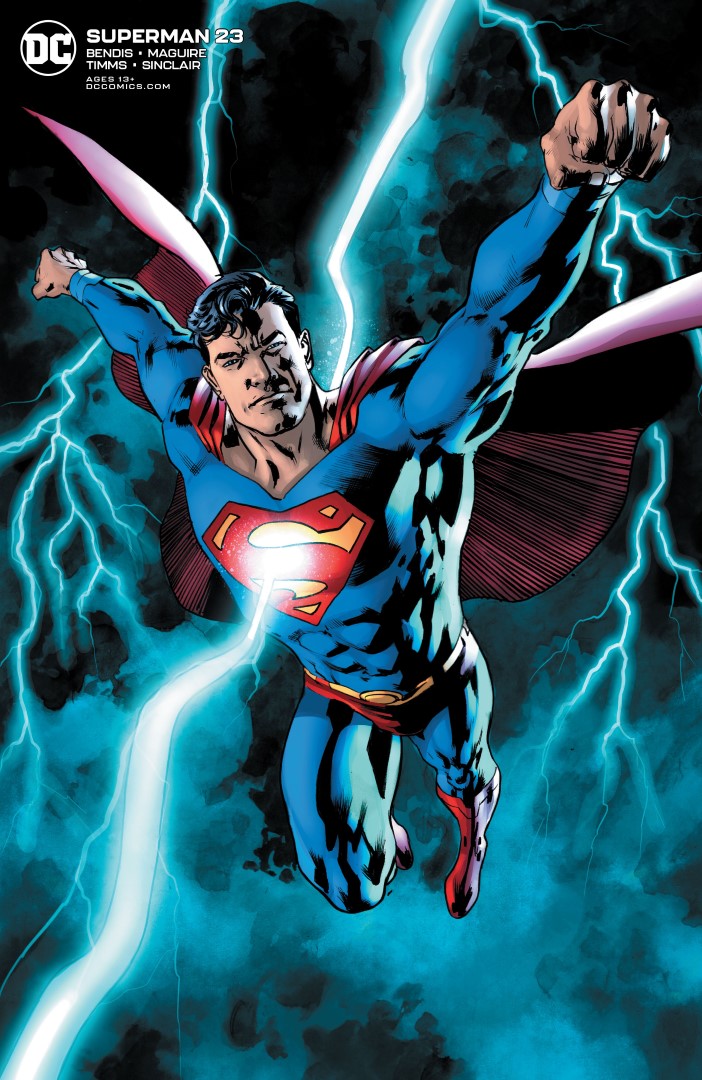