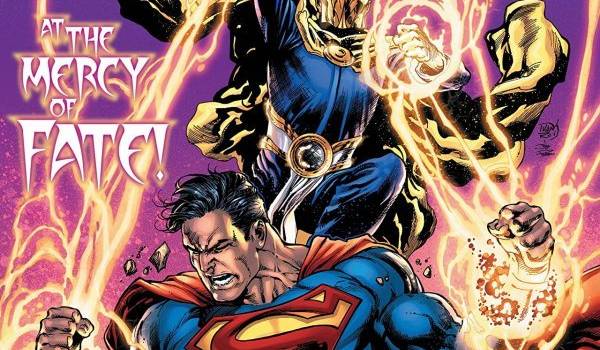 As Superman received a mystical “health” check-up from Doctor Fate in the last issue (Superman #23), the reader is given a brief catch-up about the mysterious magical entity known as Xanadoth who breaks into the Tower of Fate to claim the Helmet of Nabu. Needless to say, the world is once again in peril! 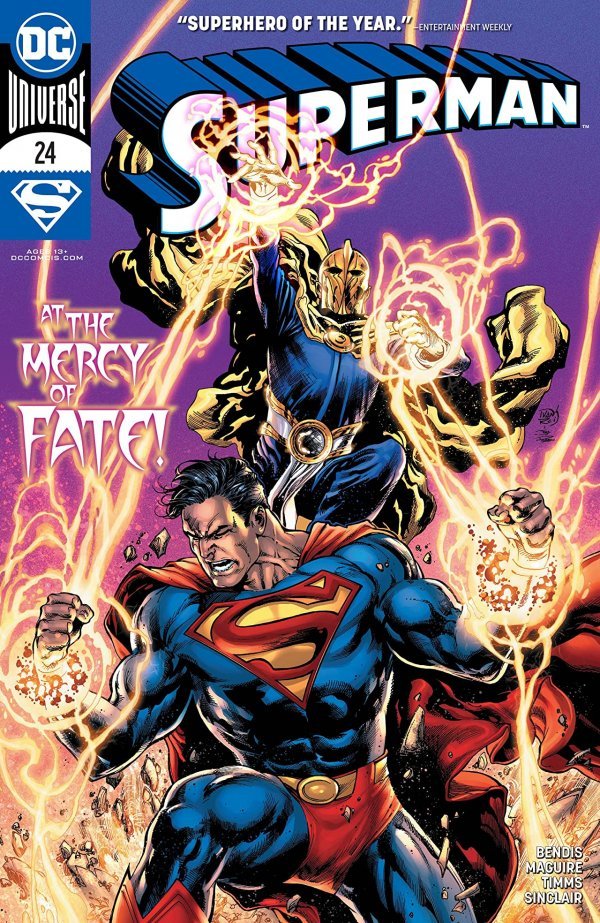 After a melodramatic but appropriate speech about the laws of breaking into a property uninvited, a battle of magic and strength ensues as Xadadoth summons his minion to the fight. We also learn from Nabu that Xanadoth is originally from the birth of the Lords of Order and Chaos creation and he was overturned by the combined of might all the Lords for its destructive ways. Unfortunately he has escaped and with the human host of D.E.O. Agent Bissette, it has returned to reek havoc once again.

With the fate of the world now under threat, Khalid conjures up a plan to by them some time as Superman becomes Doctor Fate while he reenacts the same trap that cast out Xanadoth eons ago. Although a cliched escape for humanity, it work and Agent Bissette is now free of this otherworldly entity… or so we thought.

Superman #24 was classic Bendis who successfully delivers a fun yet cliched story about our favourite hero facing his greatest weakness magic. The problem here is that Doctor Fate (aka Khalid Nassour) should be an inexperienced host, yet he is too powerful and as a result overshadows Superman. Nonetheless, it’s well illustrated and is an entertaining story for both characters.