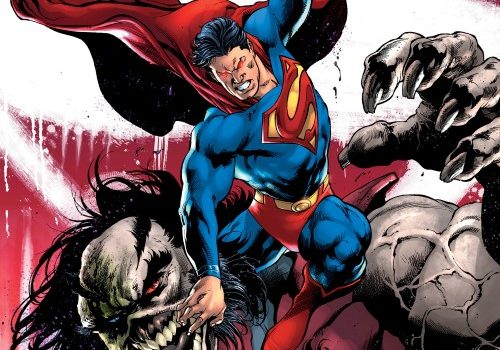 Summary: Superman #12 chugs along and the Bendis DC pairing sees no sign of slowing down.

So, It’s pretty safe to say that DC’s plans for rebirth have been sent askew. That’s not necessarily Geoff Johns and Doomsday Clock’s fault. To be quite frank, after issue 25, many of the series started to lose momentum (at least in my opinion.) Superman was one of them. As soon as we found out who that other Clark was and what the heck was happening, the series started to get repetitive. One trip to dinosaur island is OK, but more than that. No. Then Brian Michael Bendis came along and things suddenly got interesting again. I will say that I’ve been very happy with his whole run in Superman (Action Comics slightly less), but Superman has been downright superb. Watching Superman’s kryptonian earth family coalesce has been great, and watching Jon mature is a lot of fun.

There are people who are not thrilled with the ageing up of John. I think those people are missing the point. He may be taller and older, but he’s still a kid. Yes, Clark did miss many years with him, but keep in mind, john was locked in a volcano for all those years. He still has A LOT of growing up and maturing to do. Anyways, On the issue.

We rejoin the space battle as Kara enters the fray. Clark, couldn’t be more happy about this (for numerous reasons). The first reason is that it lends another hand to the battle. B. She brought Krypto! My absolute favorite moment is when Clark sees Krypto interact with Jon and lets loose with a big smile. Even in this chaotic warzone, we see how much this man cares for his family. While Kara goes to work on Rogol Zaar, Clark gets tangled up in a superspeed battle with Zod. We find out that Zod has been playing Rogol and is actually (albeit reluctantly) on the side of good for once. The conversation ends with Superman throwing Zod away and we then enter Jor-el’s ship. After some long badgering, It’s revealed that Jor-el was a member of “The Circle”,  Rogol’s organization that destroyed Krypton. Kara leaves to take care of her own issues (the crystal queen from her series) and takes Jon and Krypto with her. We end the issue at the location of Krypton…or at least where it used to be.”

While this issue is a tad maudlin, the conversation does way it down somewhat, Bendis’s hot streak on Superman continues. The art is always fantastic and the story is finally reaching a conclusion. I should mention that Clark has the funniest line in a comic book I read in months. I won’t repeat it here but let’s just say that as much as Clark loves Lois, he also fears her more than maybe even Doomsday. I can’t wait for the next issue. Now if only Action Comics could produce the same reaction from me. 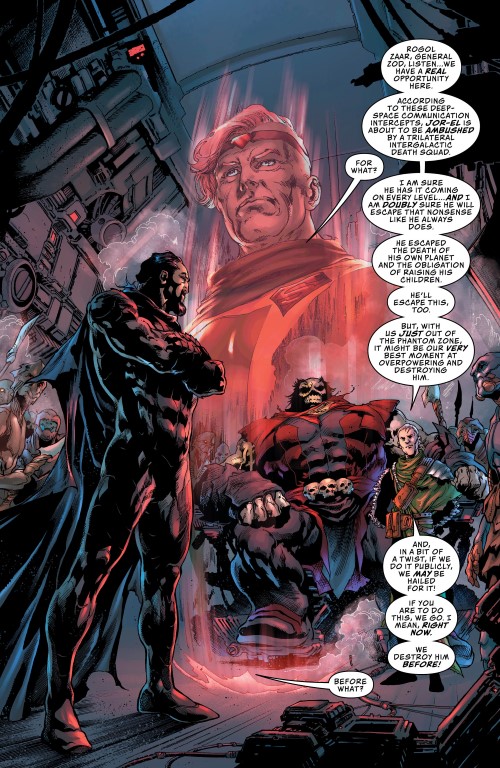 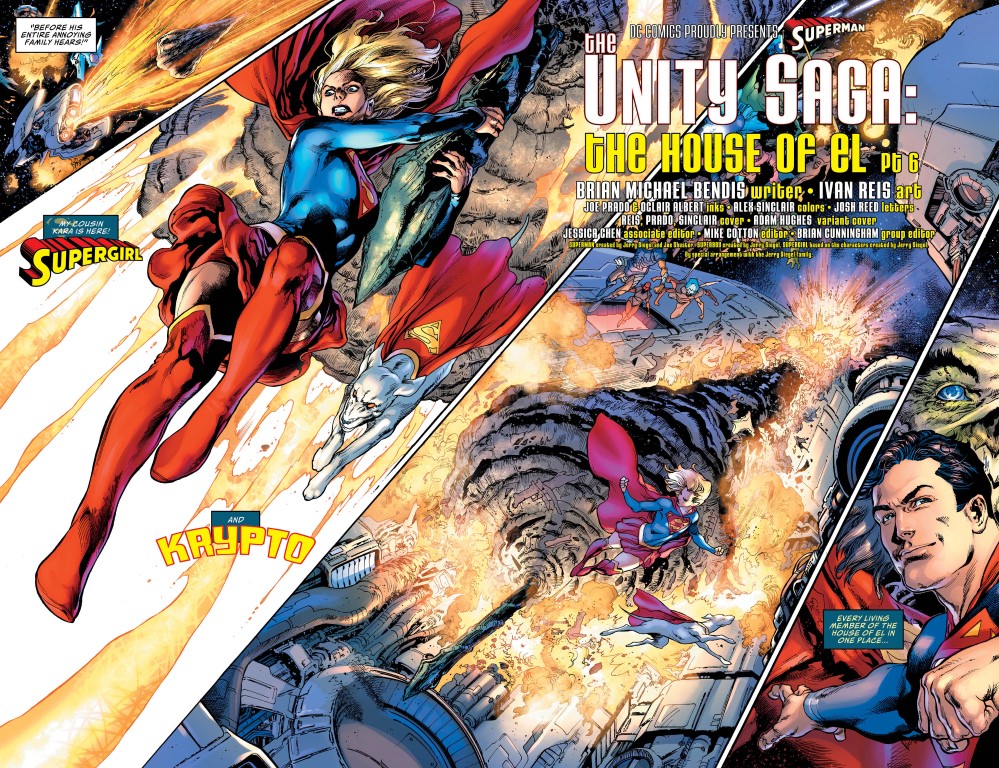 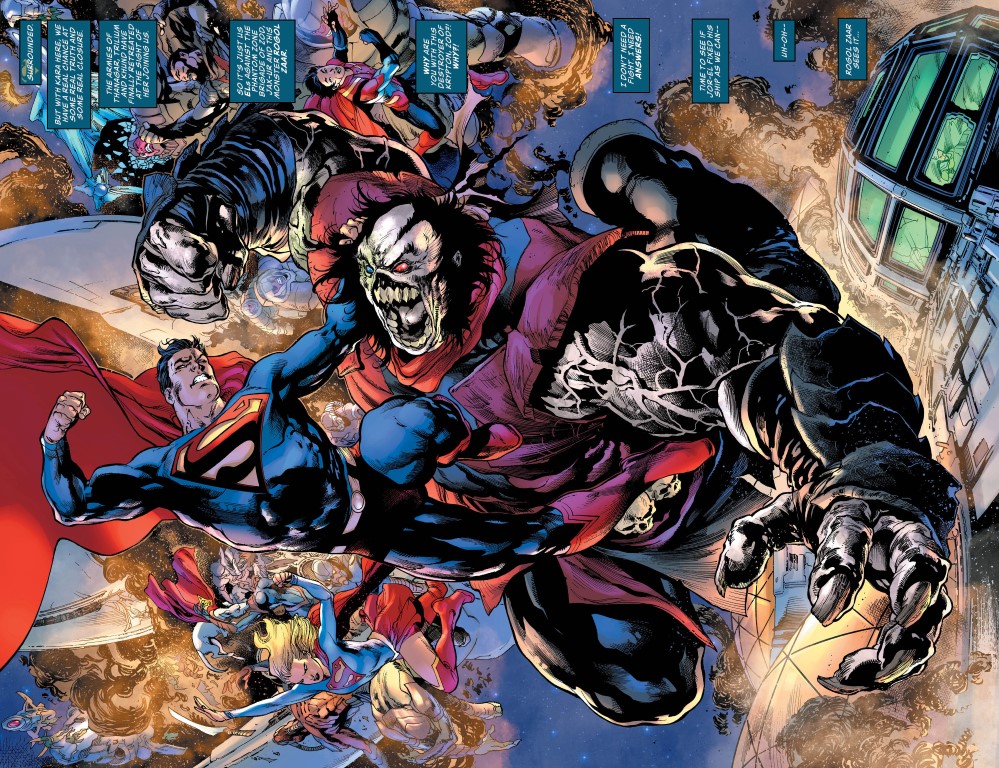 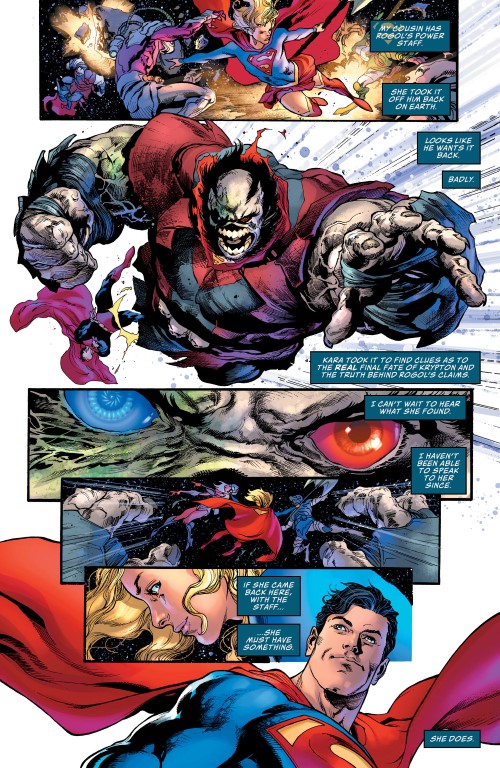 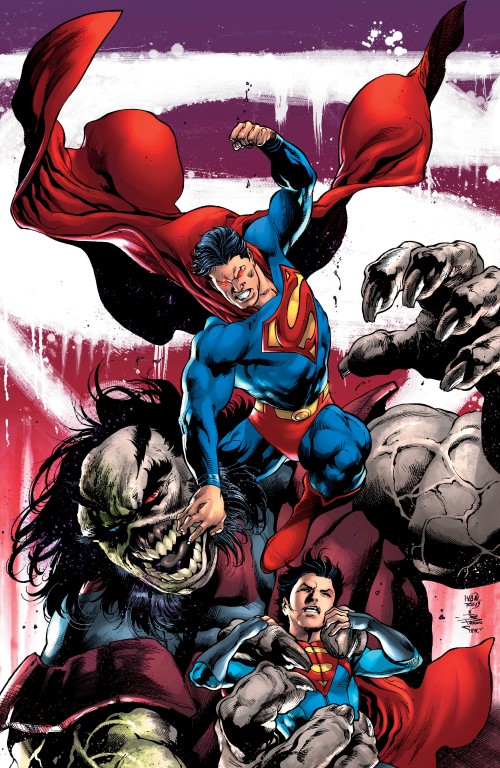 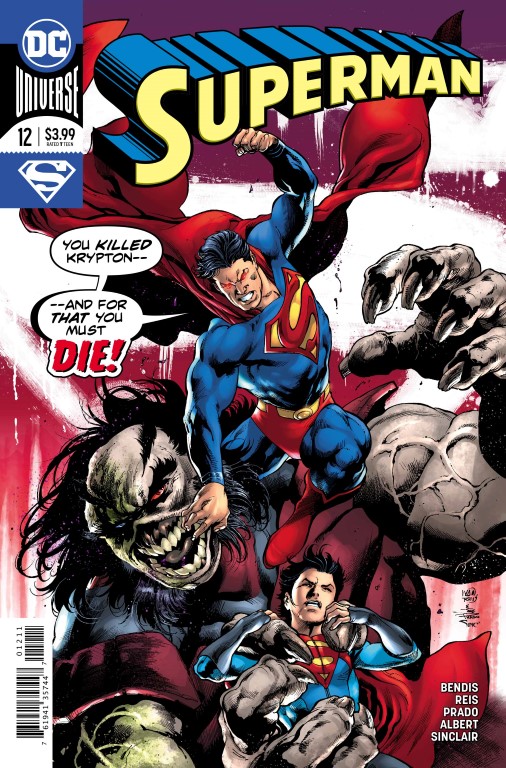 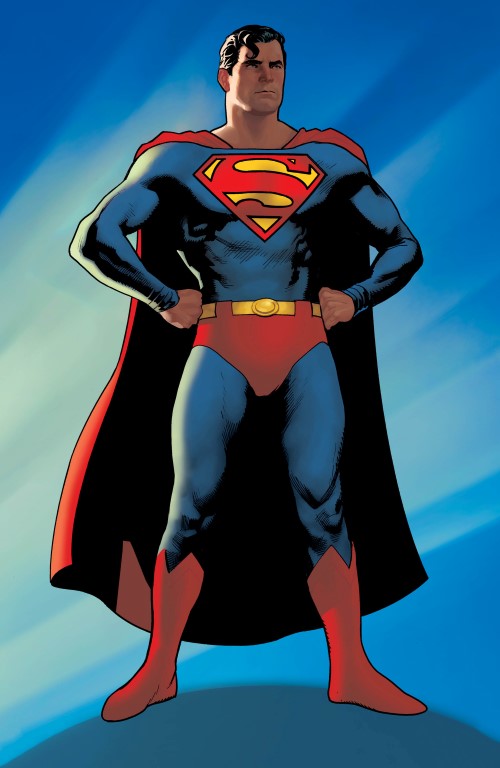 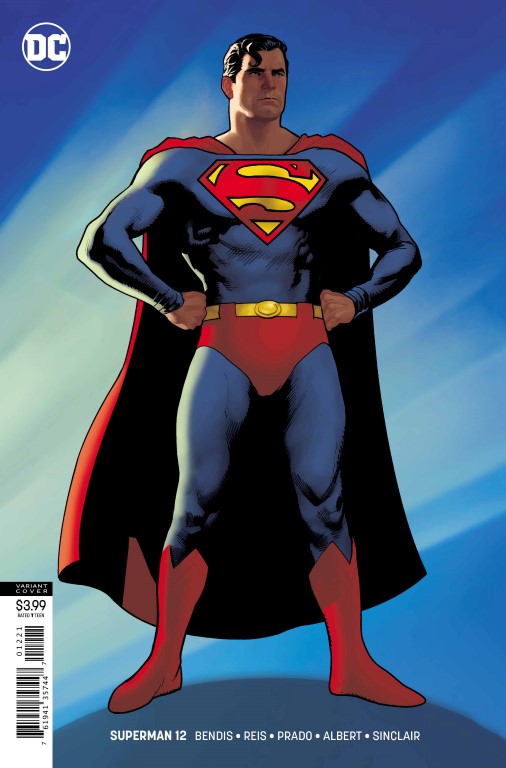