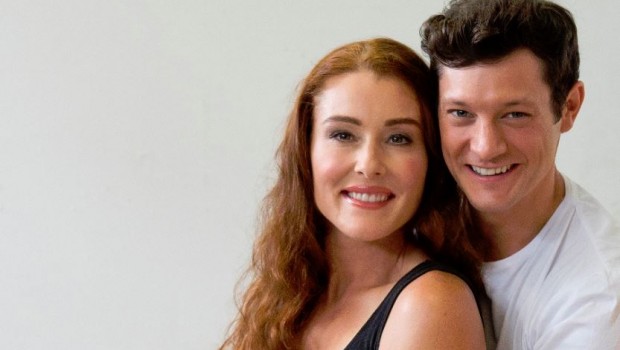 SUPERB CAST ANNOUNCED TO STAR IN GHOST THE MUSICAL

The Producers of GHOST THE MUSICAL are thrilled to announce that after an exhaustive casting process by Tony Award-winning director Matthew Warchus, a superb cast has been assembled. The supernatural power of love will explode onto the Australian stage on 7 January 2016 headed by ROB MILLS as ‘Sam Wheat’, JEMMA RIX as ‘Molly Jensen’ (Wicked fans will be overjoyed), ALEX RATHGEBER as ‘Carl Bruner’ (direct from his Helpmann Award Winning performance in Anything Goes) and introducing remarkable British theatrical and television actress WENDY MAE BROWN as ‘Oda Mae Brown’ (the role made famous by Whoopi Goldberg).

Set in modern day New York City, Ghost The Musical is a timeless fantasy about the power of love. Walking back to their apartment one night after a romantic dinner, Sam and Molly are mugged, leaving Sam dead on a dark street. Sam is trapped as a ghost between this world and the next and unable to leave Molly, whom he learns is in grave danger. With the help of Oda Mae, a phony storefront psychic, Sam tries to communicate with Molly in the hope of saving and protecting her.

The musical features book and lyrics by Academy Award winner Bruce Joel Rubin and original music and lyrics by Grammy Award-winners, Dave Stewart (half of the multi-Grammy Award-winning Eurythmics) and Glen Ballard (Michael Jackson’s Man in the Mirror and Alanis Morissette’s Jagged Little Pill). The score also includes the iconic song “Unchained Melody”, written by Hy Zaret and Alex North and famously performed in the film by The Righteous Brothers.

Employing special effects never before seen in an on-stage musical, Ghost The Musical features an incredible array of illusions – Sam, as a ghost, walks through a solid door, inanimate objects take on a life of their own while spirits ascend to the heavens and subway passengers are thrown in the air and people disappear and reappear right before your eyes.

Ghost The Musical premiered in Manchester in 2011 before transferring to the West End and later Broadway. It has been enjoyed by over a million people worldwide and nominated for numerous awards including five Olivier Awards and three Tony Awards.

“Ghost has wit and heart and can really, properly dazzle.” – The Times, UK

“A stunning visual spectacle. This is a musical in which the eyes emphatically have it.” – The Guardian, UK