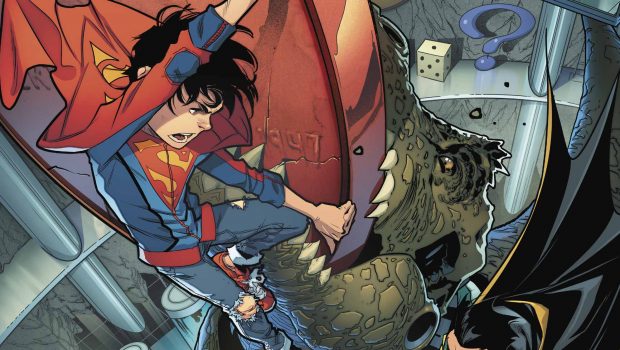 Summary: Super Sons #5 is another fine example of why this comic works!

The newest kids in the DCU are once again up to mayhem as Damian (Robin) and Jon’s (Superboy) disdain for each other reaches new heights. Writer Peter J. Tomasi has a real knack for writing these two characters and the dialogue in this issue flows perfectly as the kids make truce over dinner. The issue starts with Alfred enforcing the curfew on Damian as our young hero jokes that he has met his greatest enemy… boredom. Although the story revolves around Damian and Jon, Alfred has some killer scenes in the book as he mentions why he didn’t chose to have children.

“Please step out of the dinosaur’s… buttocks”
– Alfred Pennyworth

Meanwhile in Hamilton County, Jon has broken his word on using his superpowers and although ‘Superdad’ (aka Clark Kent) tries to reason with his son, it doesn’t go to plan as our half-Kryptonian and half-Human heads to the city in order to calm down. However our little hothead still has it in for Robin as he goes to face his frienemy and in classic Tomasi fasion, chaos erupts within the Batcave.

“Well, there goes out ‘parents’ of the year award”
– Clark Kent

Artist Alisson Borges really brings these two characters to life and after some witty banter between the two characters, including another fight that almost brings down the Batcave, their melee is cut short when Alfred comes to investigate the racket. So as Jon asks his Damian to hide our little superhero, he goes into a dark place… the inside of the T-Rex located in the batcave, more specifically inside his buttocks. However things do work themselves out and Alfred highlights the rough relationship their fathers had at the start which puts some perspective on their relationship and just like a Superfriends cartoon, the issue ends with a great pep talk for Damian and Jon by Batman and Superman… friends… for now.

“Diabolical! How would you like it if I followed you everywhere and listened on your conversations”
– Damian Wayne

Super Son #5 Battle in the Batcave is another fun issue on the children of Batman and Superman. Tomasi once again captures this innocence of both Jon and Damian with some great writing that really brings these characters to life. Super Sons is really a hidden gem in the post-Rebirth titles and if you’re looking for a fun and lightheared read with excellent art, this is defintely the title for you. 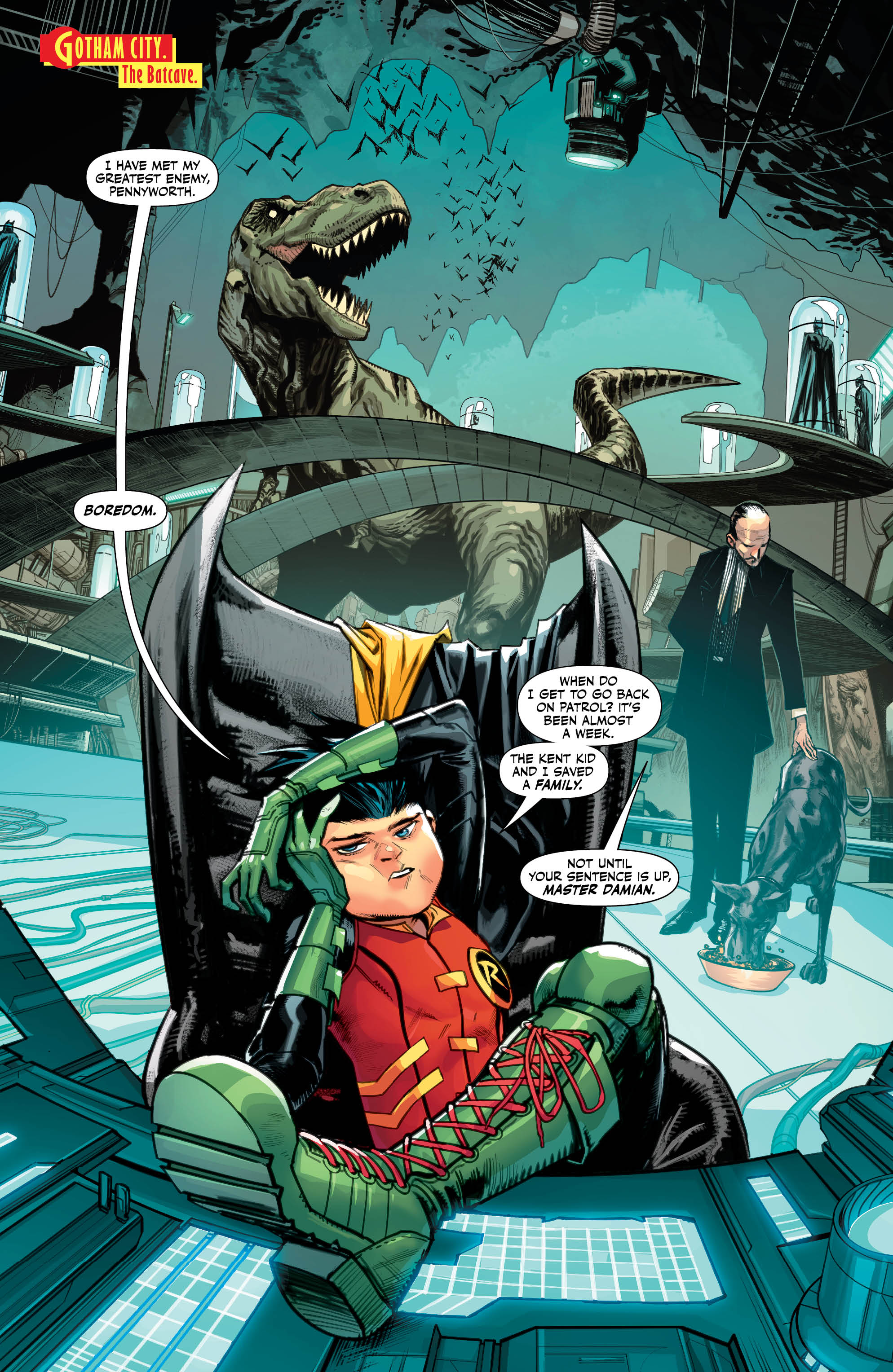 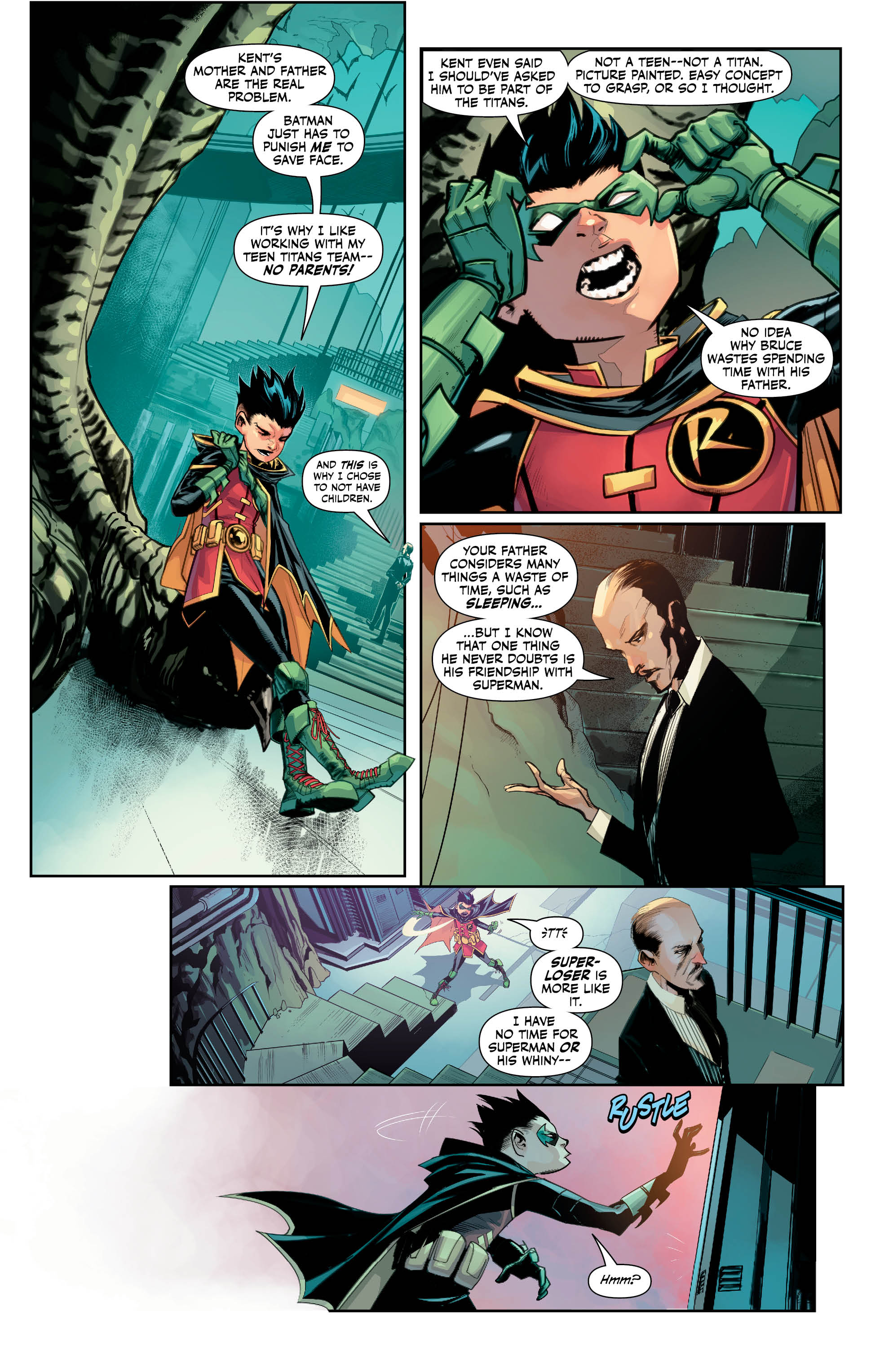 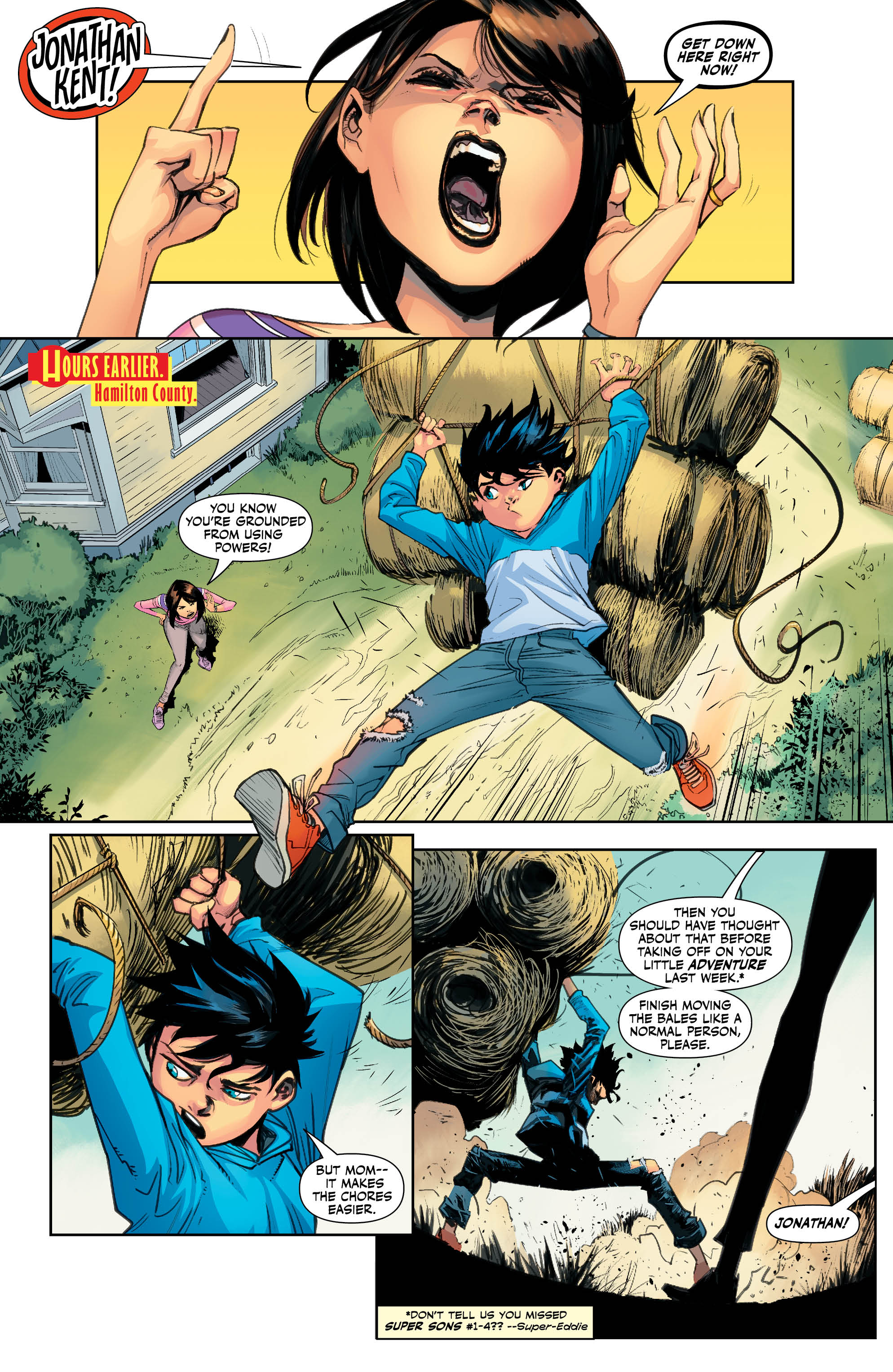 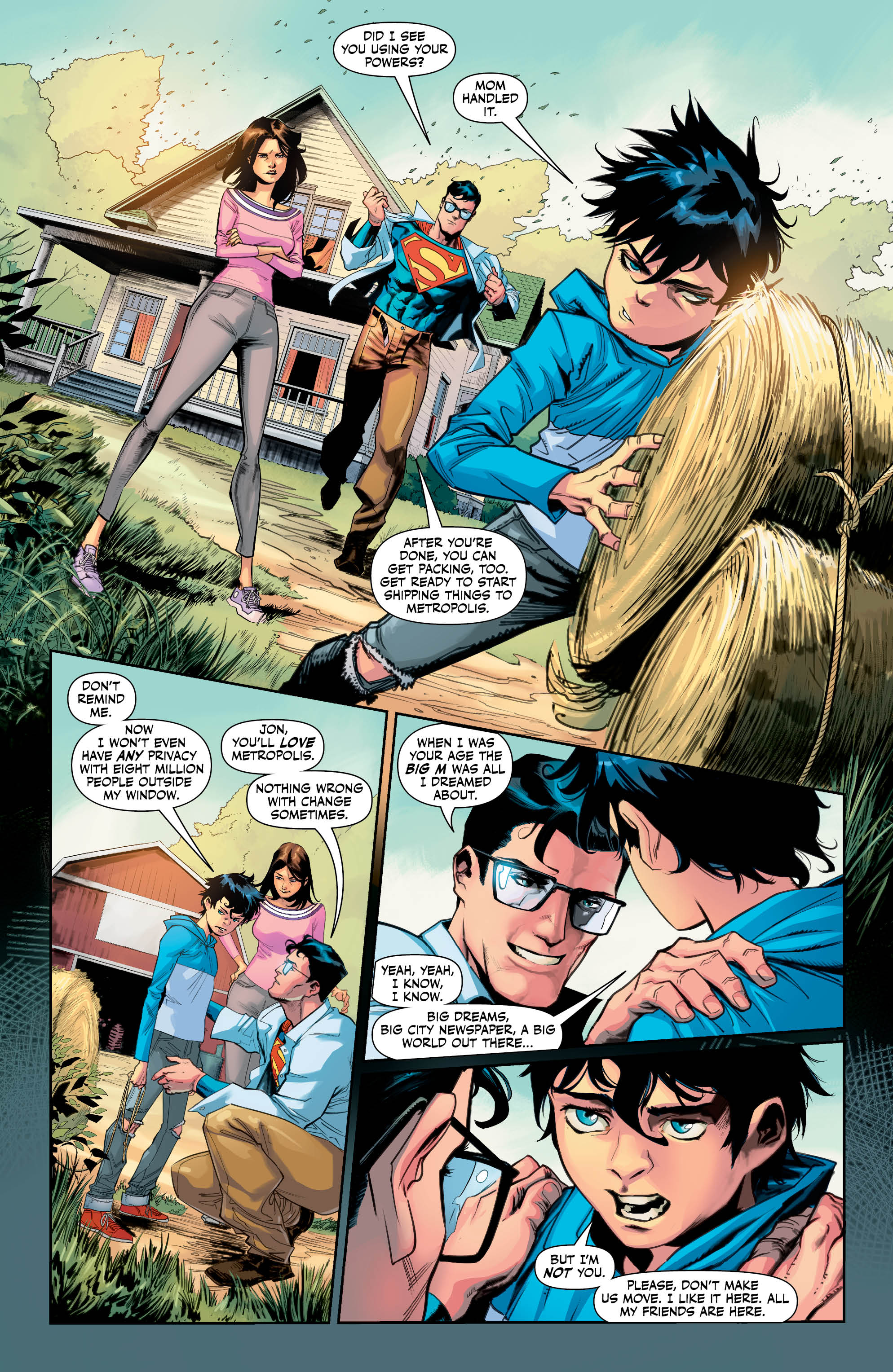 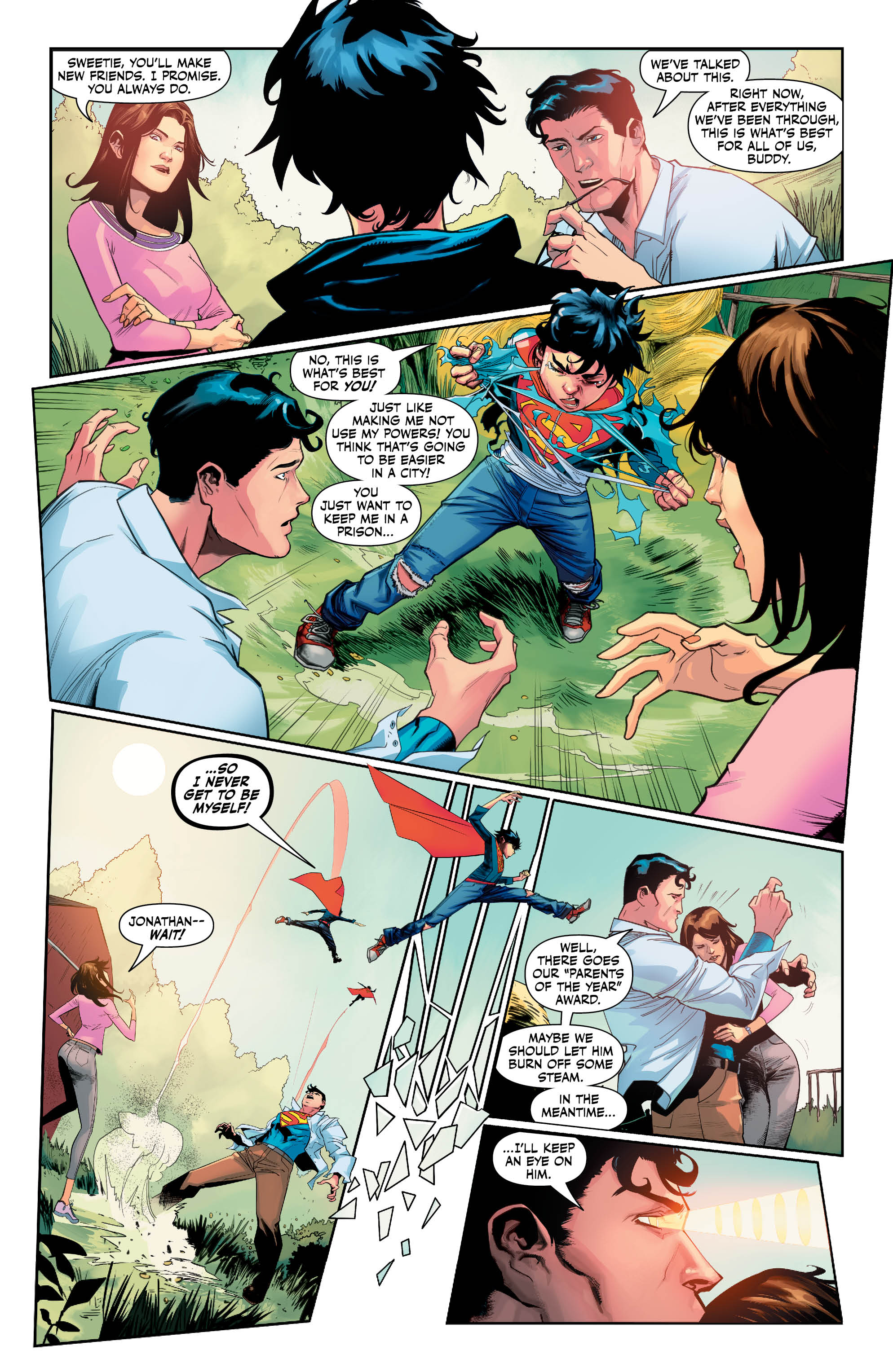 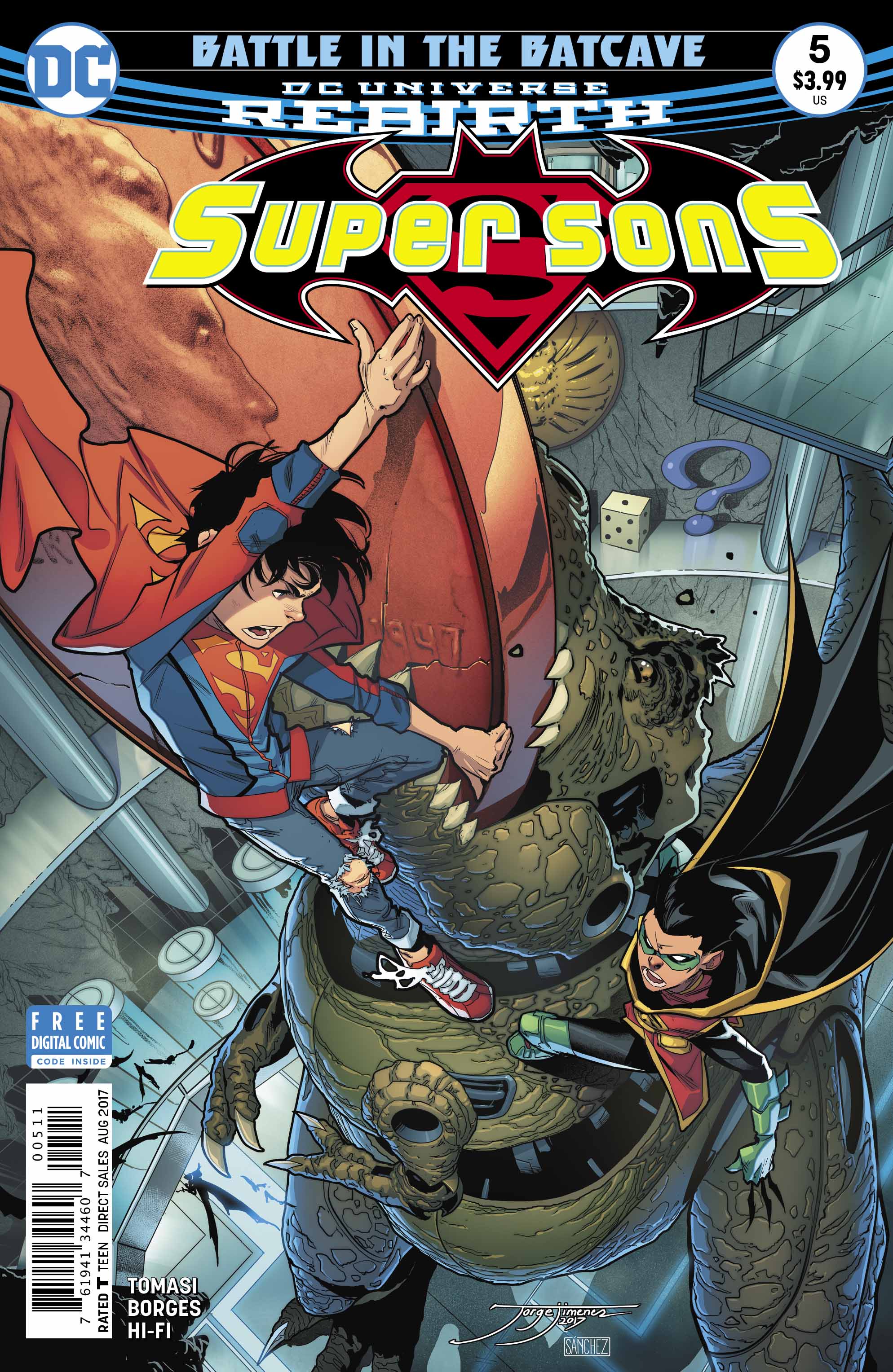 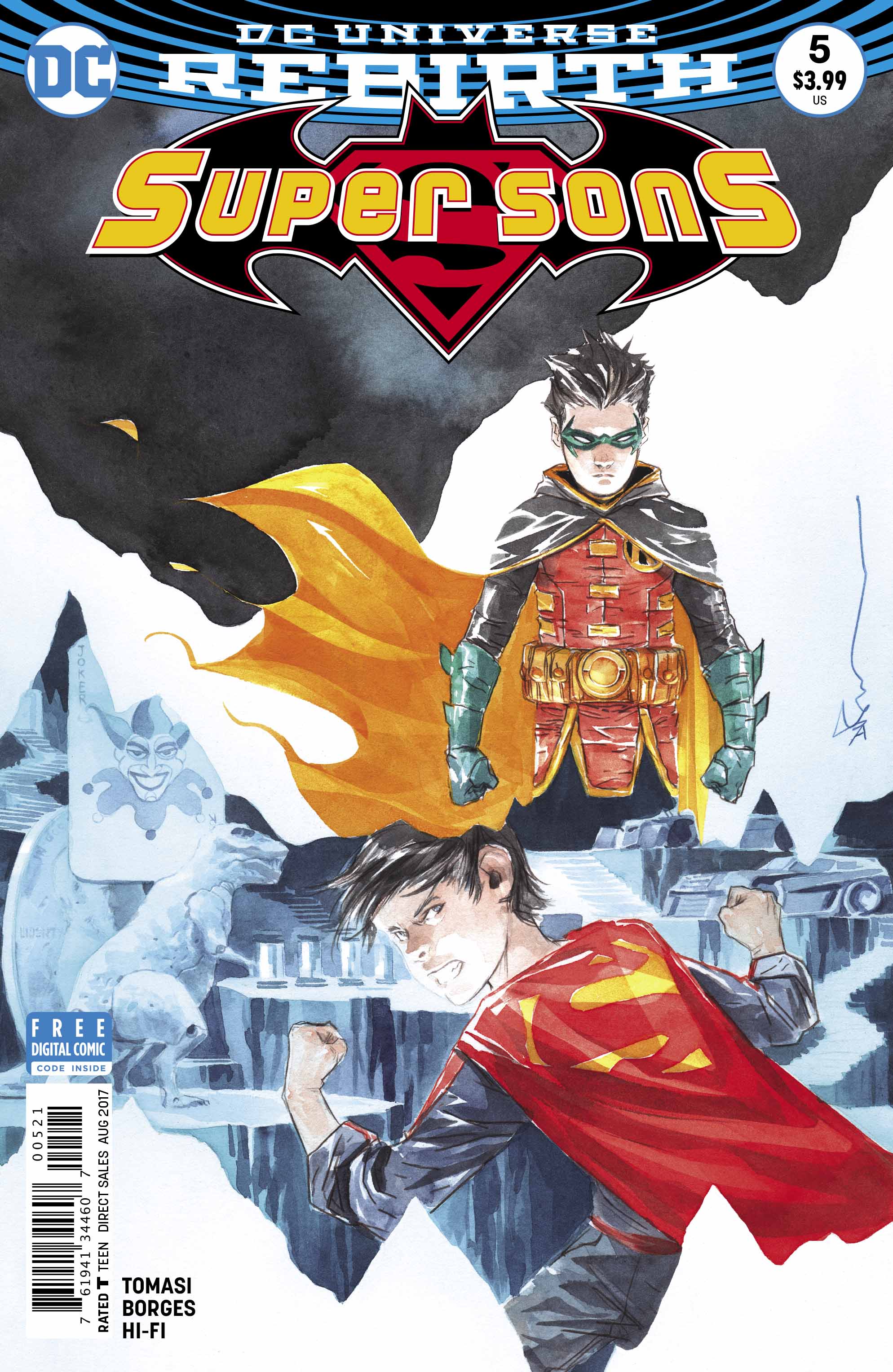