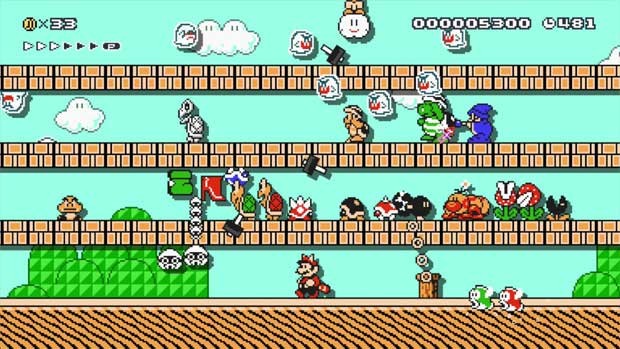 With Super Mario Maker, Nintendo has a new way to measure fan engagement: level creation, and the addition of one million new “fan” developers has led to the creation of more than 2.2 million Mario courses, which combined have been played nearly 75 million times.

Using the touch screen of the Wii U GamePad controller, Super Mario Maker players can create levels in four different Super Mario game styles. The game offers dozens of enemies, items and power-ups, and lets people design everything from the terrain to where to place Warp Pipes. Completed levels can then be uploaded and enjoyed by other players around the world. Some seem simple, some offer fun challenges and some prove maddeningly difficult – it all depends on the designer. But everyone can find courses to enjoy and may find some courses to provide insightful inspiration for their own new creations.