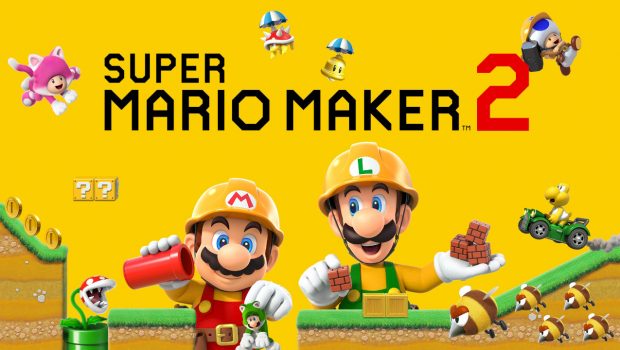 Summary: Super Mario Maker 2 adds a wealth of new features to an excellent foundation, but fails to address online issues.

Without thinking twice, it seems obvious that Nintendo should make a sequel to 2015’s Super Mario Maker. It was a fantastic concept for a game that was delivered superbly and received overwhelming critical acclaim upon release – a sequel on the Switch would be a slam-dunk, right? When you start to picture the finer details, you run into some hurdles. How do I create levels when the Switch is docked? Do I need to have a Nintendo Switch Online subscription to play my friend’s levels? How much more ‘Mario stuff’ could there possibly be left to add to a sequel? These answers and more, addressed below. 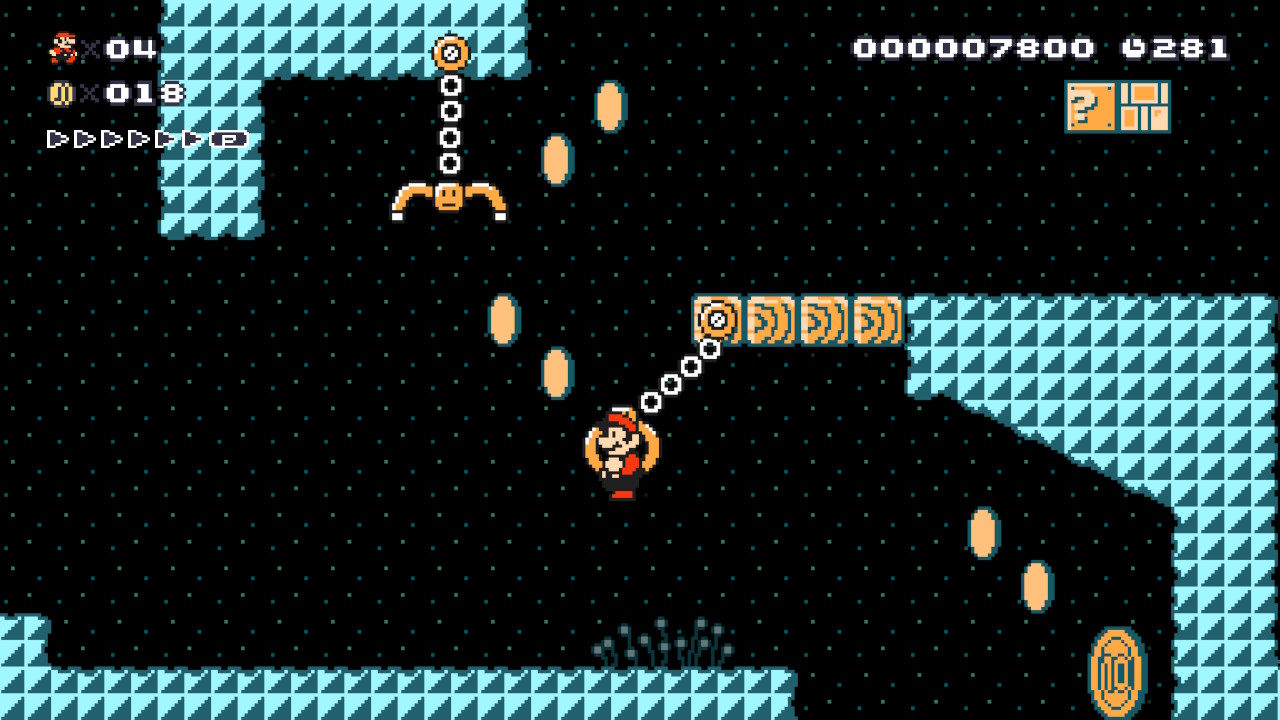 In case you missed it, Super Mario Maker was a game released by Nintendo for the Wii-U that allowed users to create their own 2D Mario levels and share them online for people to play. The creation tools worked exceptionally well with the Wii-U’s touch screen and stylus, however the online functionality was burdened by obtuse sharing protocols. However, if you weren’t into the creative side of things, there was still plenty of fun to be had by checking out the bizarre and fascinating levels that the community had created, plus a handful of levels that came from Nintendo themselves. 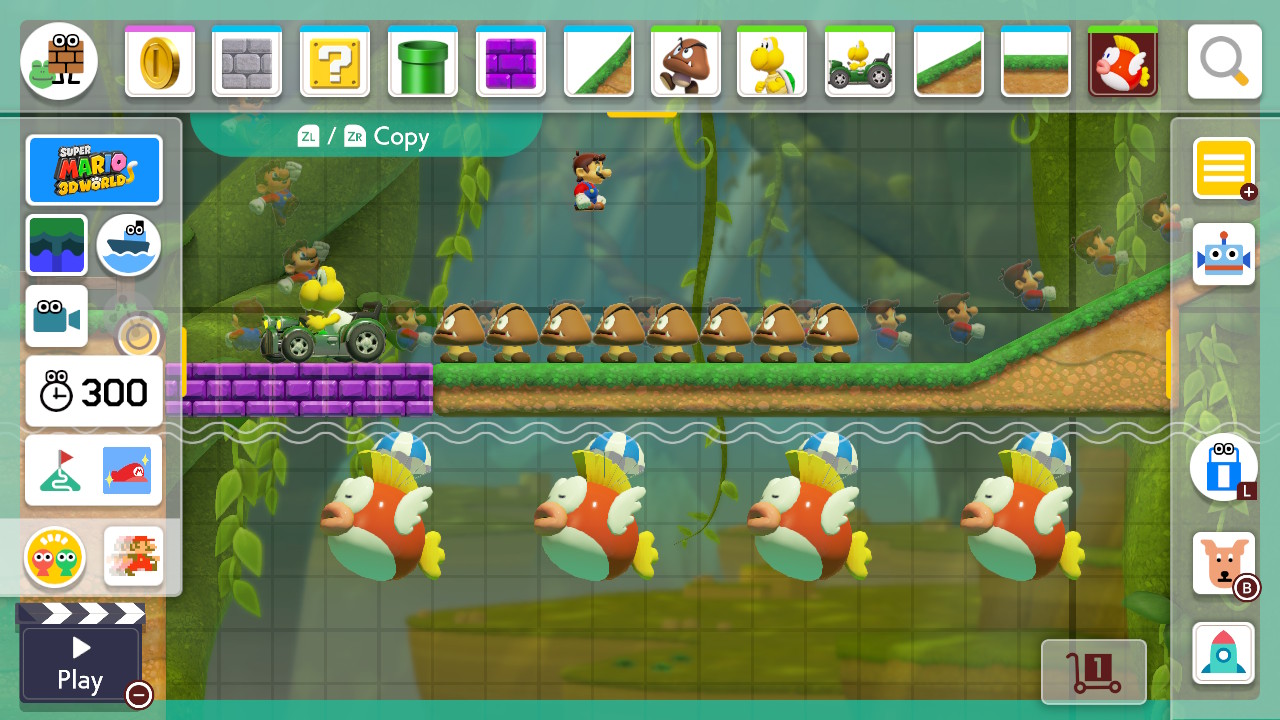 Super Mario Maker 2 takes everything you know and love about the original, and just adds more. All the creation tools, enemies, widgets and doodads that were included in the first game are back, plus a few new items including the angry sun and poison mushroom, which everyone loves to hate. Well actually, almost every item is back – unfortunately Amiibo support has been strangely omitted with no real explanation as to why, which means no more Skinny Mario or Mega Man sprite swaps.

Also added is the Super Mario 3D World game theme, which introduces items and enemies from the Wii-U classic that can be utilised in a 2D environment. Admittedly, the 3D World tileset seems functionally identical to the New Super Mario Bros. theme, but it’s great to have the cat costume and other new bits and bobs regardless. 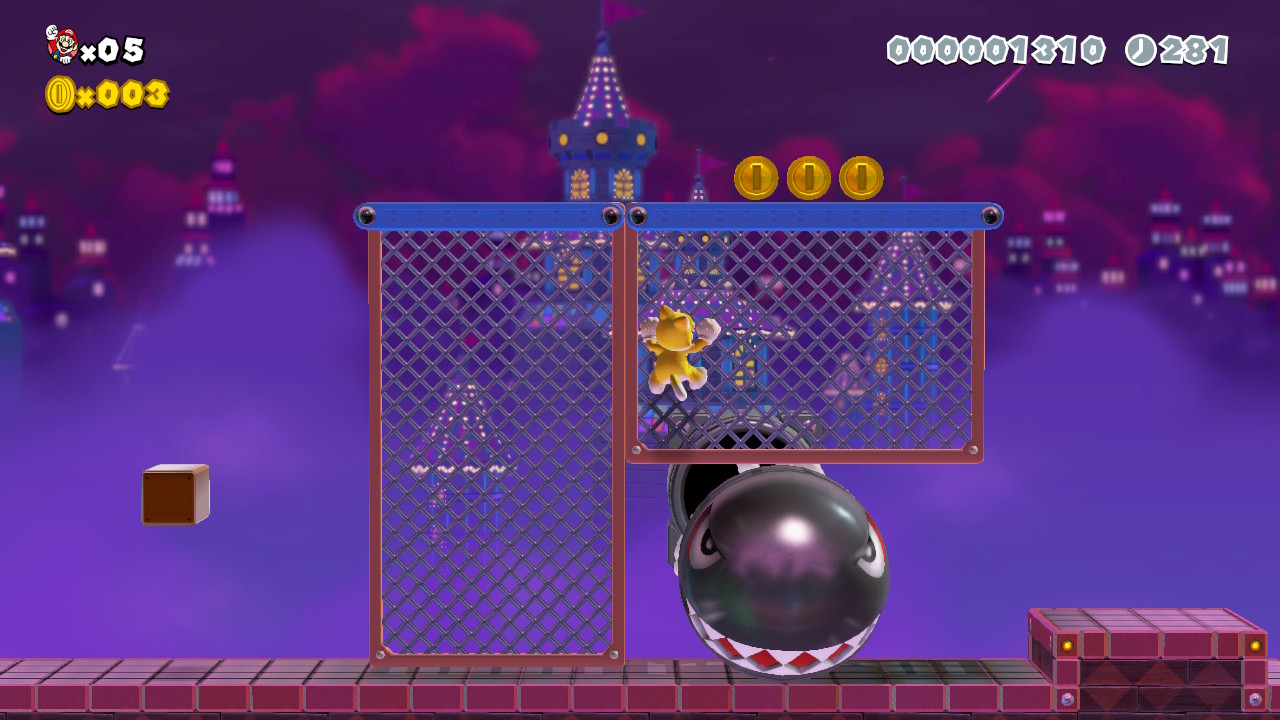 As exciting as it is to be able to create levels using the cat suit, there are two new features added to Super Mario Maker 2 that truly justify the sequel moniker. The first is the inclusion of the Story Mode. Peach’s castle has been destroyed and it’s up to Mario and his construction crew of Toads to rebuild it. To do this, you’ll need to collect coins by completing a bunch of premade levels created by Nintendo and commissioning new sections of the castle to be completed. Not only are these levels a tonne of fun to play through, but they also do a great job of highlighting the complexity and power of the creation tools. 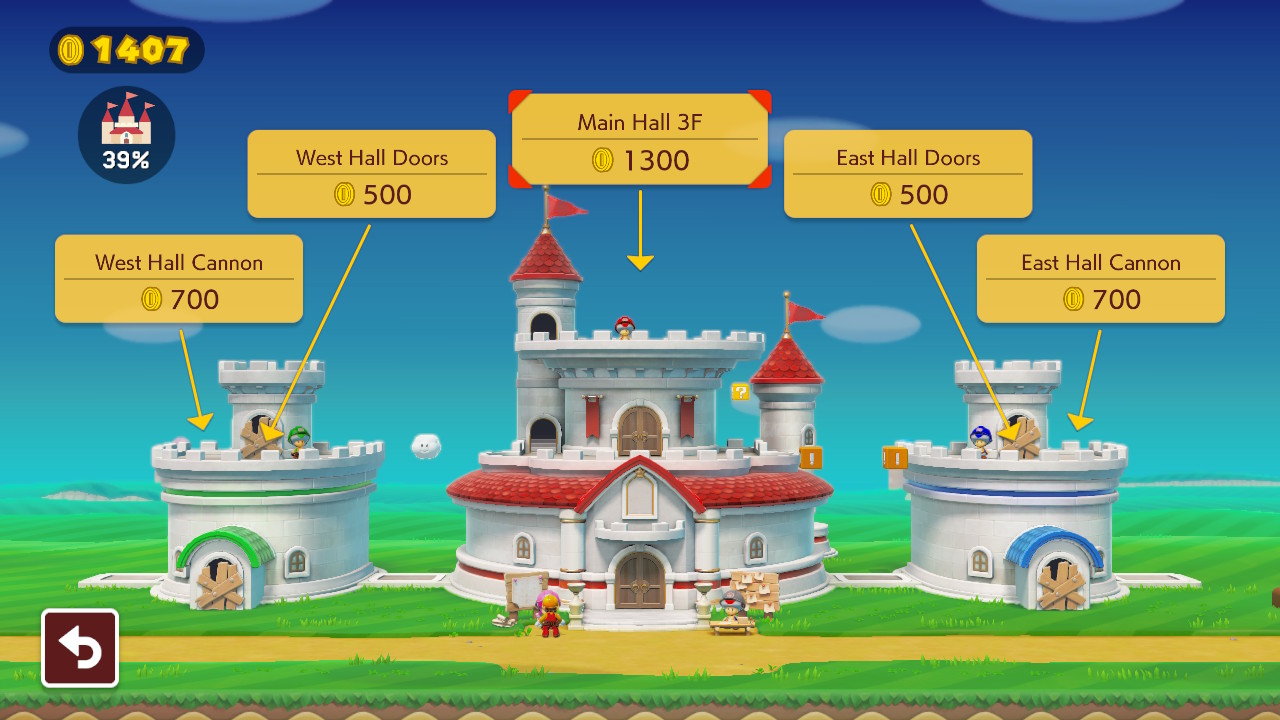 The difficulty of these levels can also be adjusted on the fly at the tap of a button. If you can’t get past a particularly tough section or can’t figure out a puzzle, you can open up the creation menu to give yourself an extra item or even modify parts of the stage to make things easier. This option is a fantastic accessibility addition and makes the game more approachable for those that may struggle with precise platforming – or it can be ignored entirely if you prefer to play the level as originally intended by the creator. 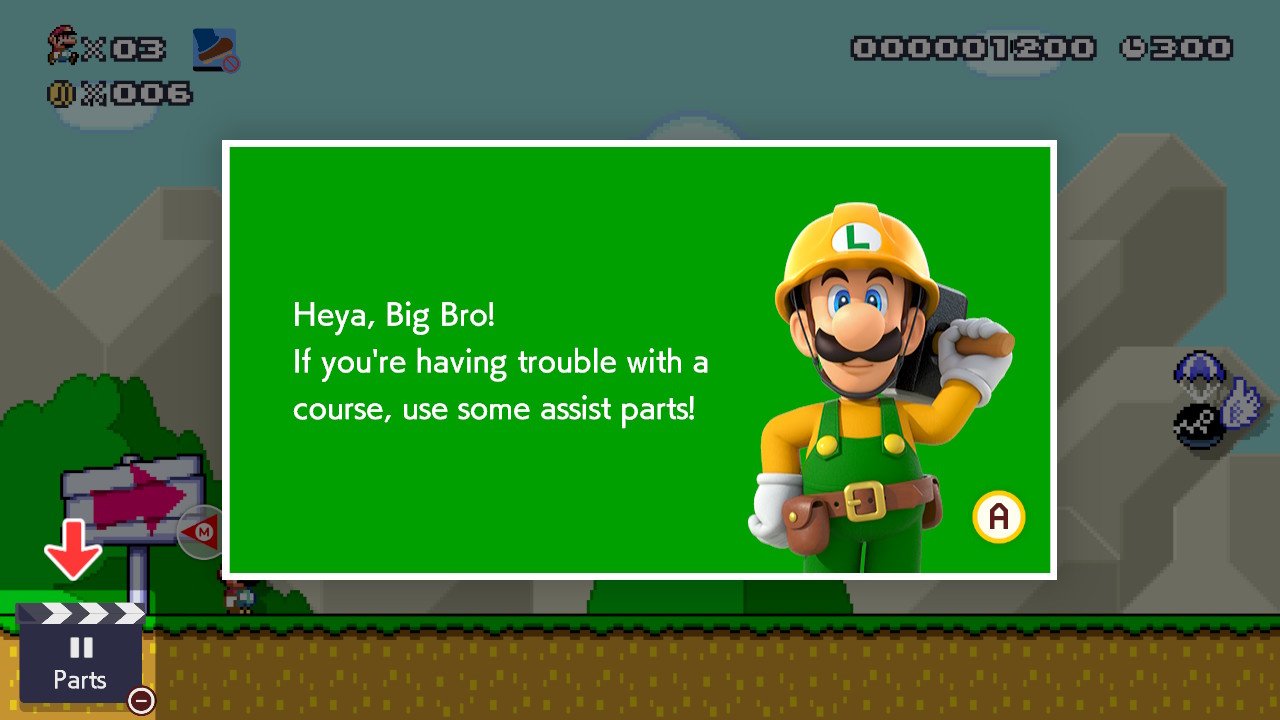 The second most exciting feature added to Super Mario Maker 2 is the addition of co-op creation and play modes. Simply slide off the Joycons and pass one to a friend and you can have a second cursor onscreen to build levels simultaneously, or add another three controllers and you can play levels with up to three friends locally. If you’ve played New Super Mario Bros. with a friend, you’ll immediately understand the chaos and confusion that is inherent to playing multiplayer Mario. It won’t be everyone’s cup of tea, but I had great fun playing through crazy levels with a few mates and attempting to coordinate construction of our own ridiculous level together. 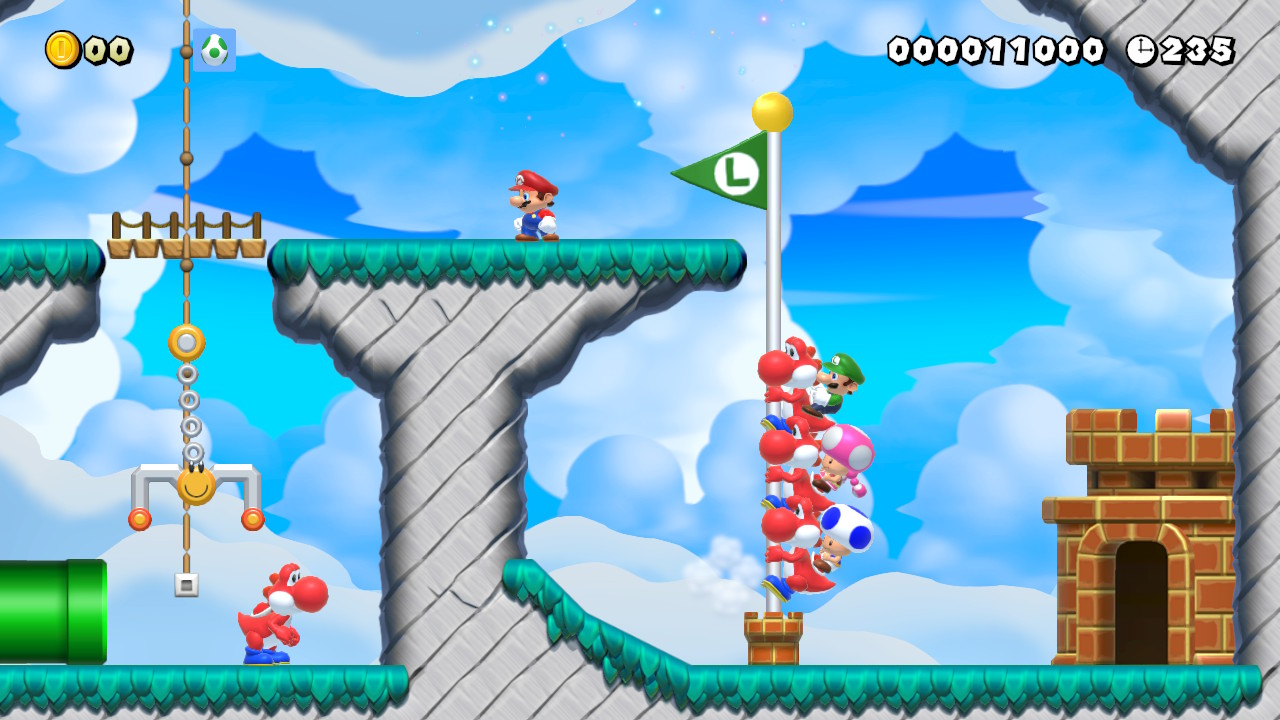 With the fundamentals out of the way, it’s time to get to some of the more probing questions posed at the beginning of this write up as to how Super Mario Maker 2 functions on the Switch. First things first, no functionality is lost when playing with the Switch in docked mode. Creation tools are simply relegated to the controller, with the thumbstick acting as a cursor. I found this to be a serviceable, yet inferior method of creating levels compared to using the Switch’s touch screen in portable mode, but it’s nice to have the option either way. 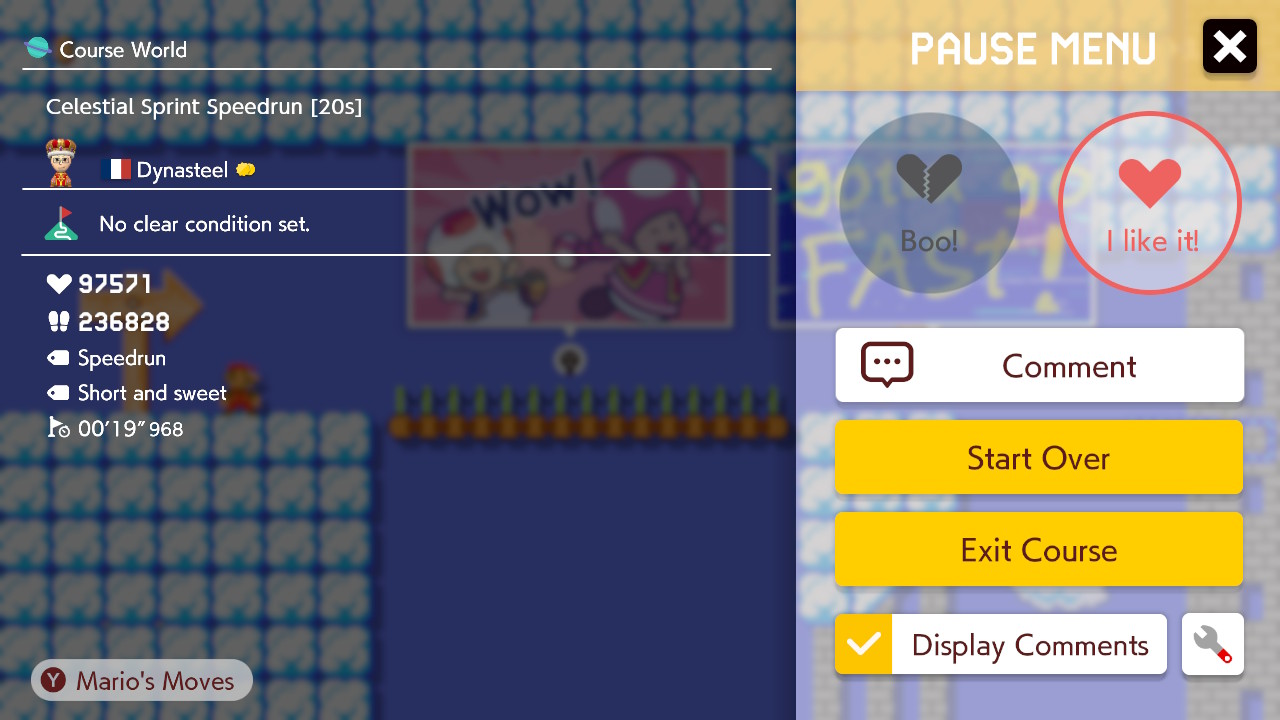 Secondly, you will need a Nintendo Switch Online subscription to play levels created by your friends, or anyone else for that matter. This was expected to be the case, however it still stings to know that you’ll need to keep an active Nintendo Switch Online account if you want to pick up and play a random level created by the community or a friend. Also worth noting is that at the time of writing, you cannot play a level with a friend cooperatively unless you are playing locally, and you still need to exchange those ridiculous level codes with your friends if you want to play their creations. I desperately hope both ofthese systems change for the better in the future to make playing with friends easier. 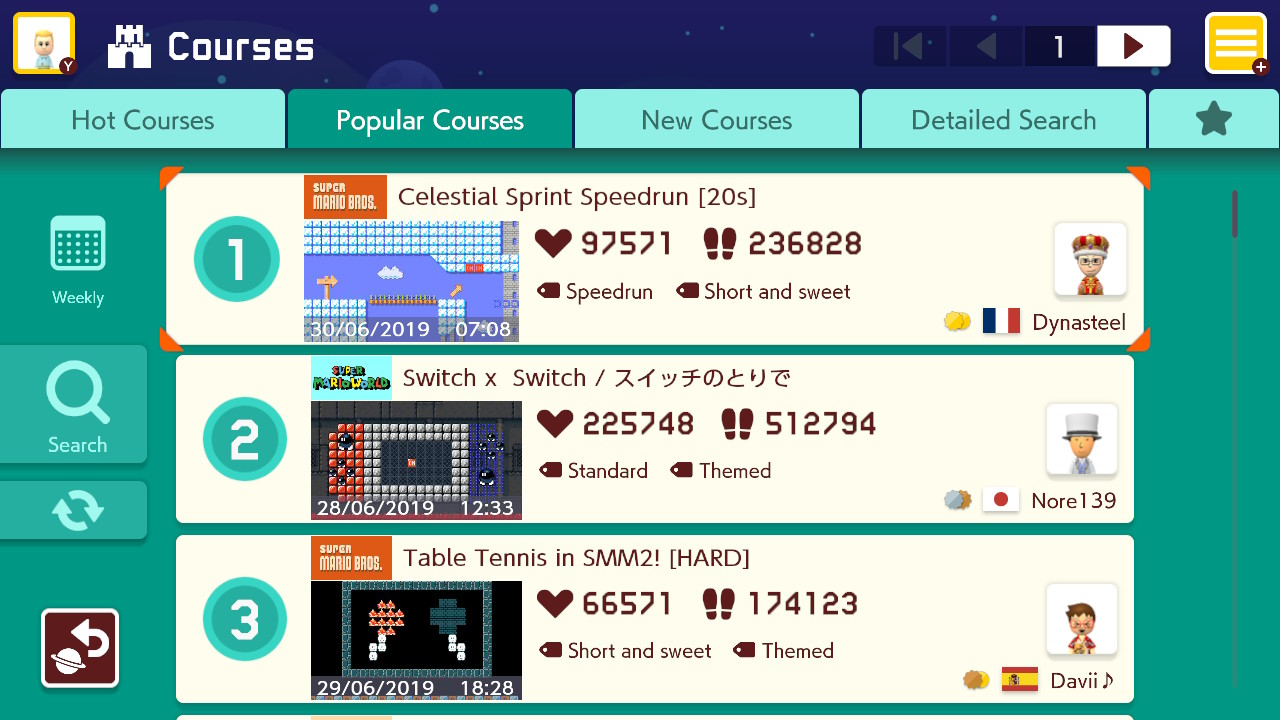 It’s easy to simply state that Super Mario Maker 2 takes the original Mario Maker formula and just adds more, but I think that’s underselling just how much more there is. There’s new tile sets, new items, new level mechanics and new game themes. There’s an excellent story mode that is, admittedly, rather light on story but heavy on entertaining dialogue and fun levels to play through. Local multiplayer functionality has been introduced and there’s been plenty of new online features added too. Unfortunately, many of the archaic online systems revolving around sharing levels and playing with friends that plagued the first game stubbornly remain, and the lack of Amiibo support is disappointing. The necessity of a Nintendo Switch Online subscription to fully enjoy some of Super Mario Maker 2’s best features is an unfortunate reality for Switch owners, but the wealth of amazing online content is worth the price of admission in my eyes. If you own a Nintendo Switch, Super Mario Maker 2 deserves to be permanently installed on your system. 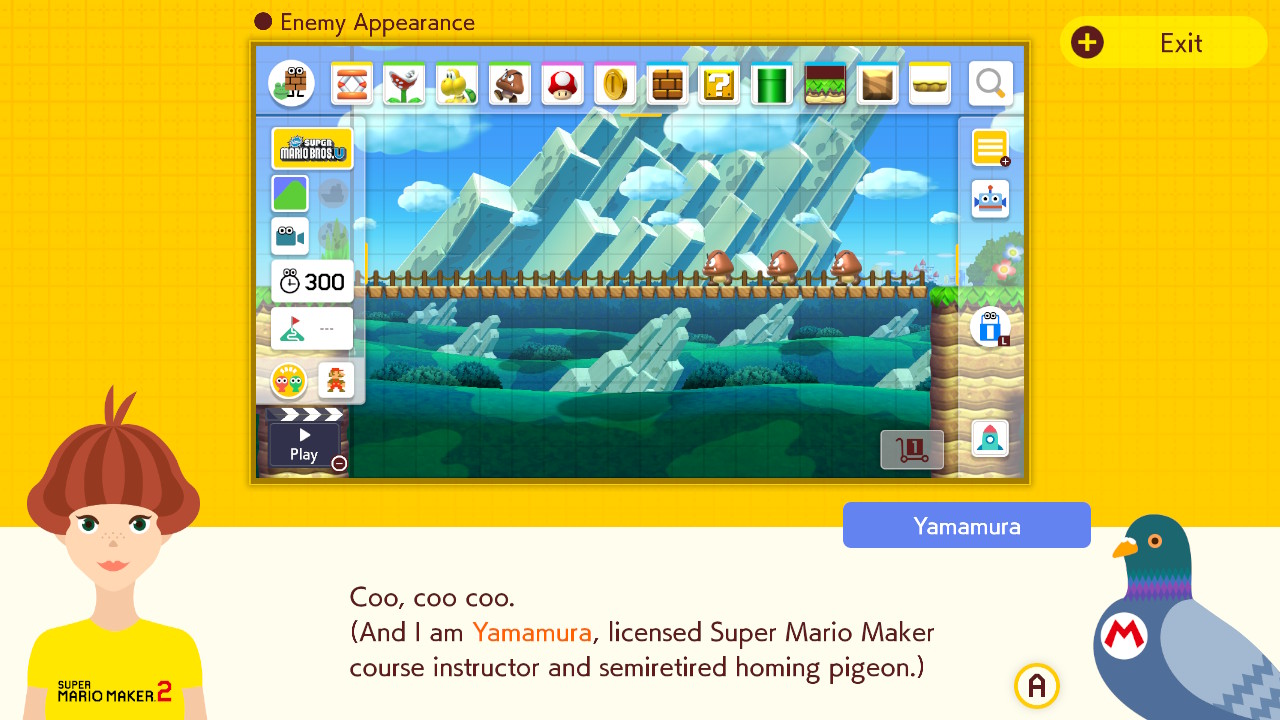 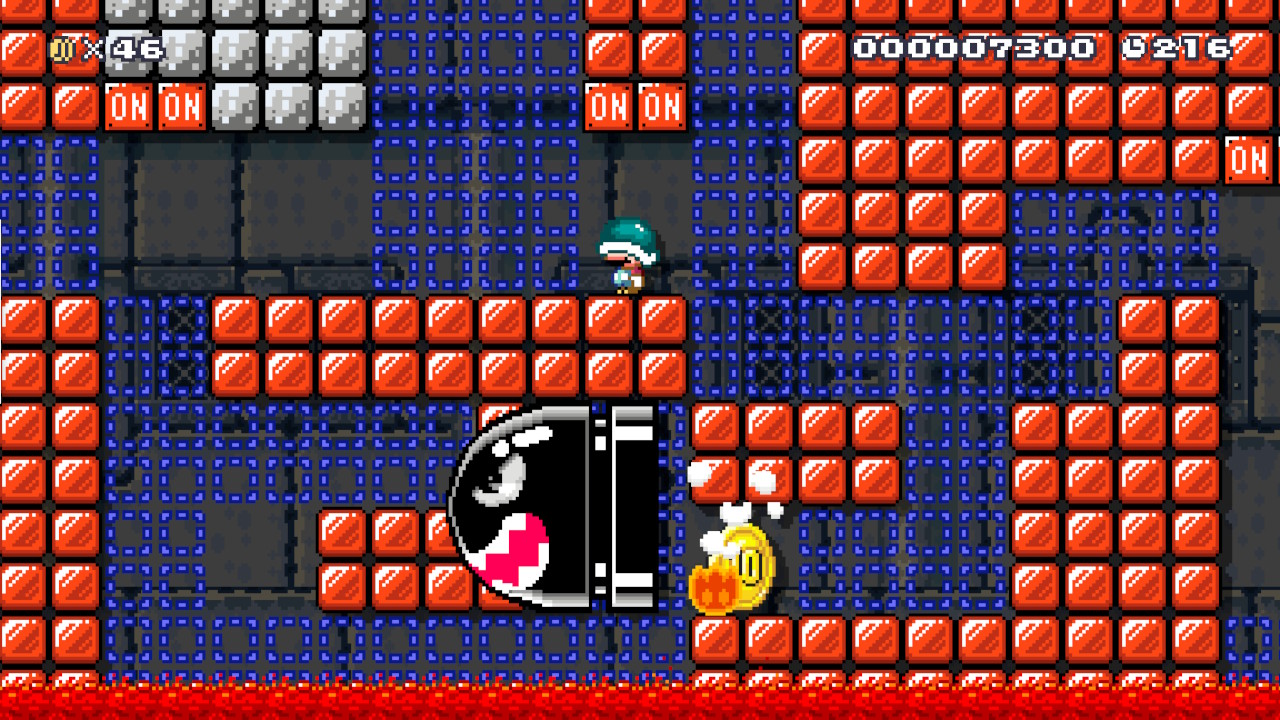