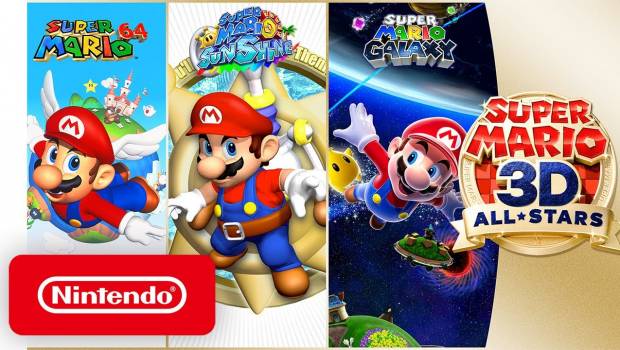 Summary: for any longtime fan returning to the series, or even those newer players curious about Mario’s roots, picking up Super Mario 3D All Stars is a no-brainer, with three top tier games packed to the brim with content providing some of the best platforming you’ll experience anywhere.

Despite all the doom and gloom in the news these days, 2020 has offered a couple of brief moments of respite for those who enjoy donning their rose-tinted glasses and returning to games from their childhood.

Between this and the new THPS remake, it’s not too hard to tune things out and pretend that we don’t  currently live in a dystopian Hellscape, if only for a few hours. 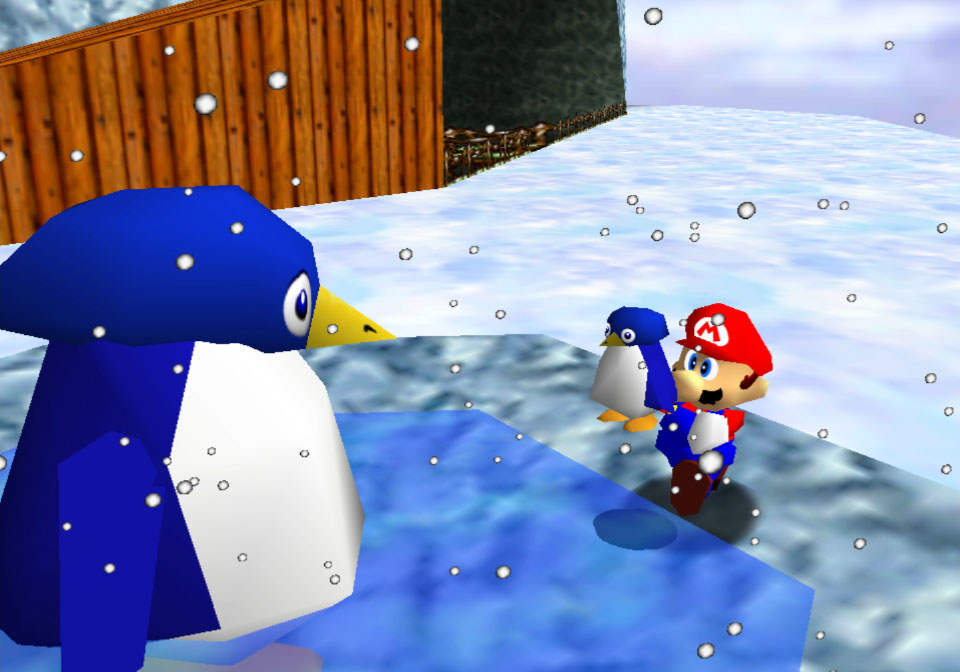 Super Mario 3D All Stars is, as you’d expect, a collection of three classic games from Mario’s 3D iterations, featuring ported versions of Super Mario 64, Super Mario Sunshine and Super Mario Galaxy, replete with upgraded resolution and Joy-Con support, allowing fans who may have missed out on these gems upon initial release to finally have the opportunity to go back and see what all the fuss was about.

Releasing in celebration of the moustachioed wonder’s 35th anniversary, each game also comes accompanied by its soundtrack, letting players experience their favourite tracks whenever they feel like it, such as banging on the “Slide” theme when doing a quick spot of Spring cleaning. 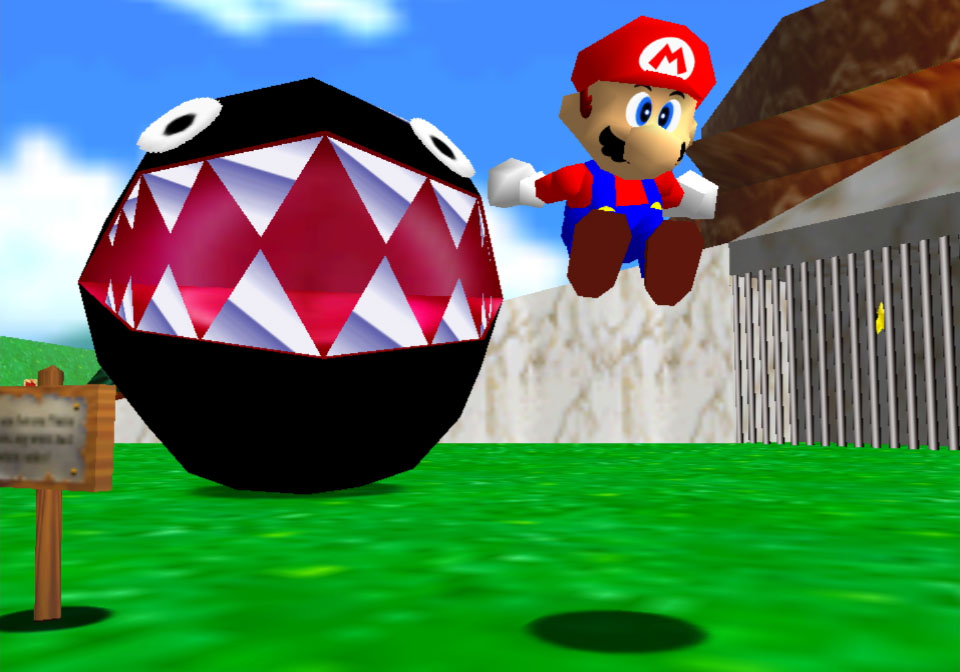 Mario 64 has the lowest resolution out of the three, only offering 720p in both handheld and docked mode. This isn’t a huge deal, however, as the image is still crisp and clean and looks much better than the slightly muddy graphics of the VC port for the Wii U. Movement feels naturally suited to whichever controller you feel most comfortable using; I generally lump for the Pro Controller and had absolutely no issues jumping in and immediately getting to work grabbing stars.

Aside from the boost in visual fidelity, there isn’t really much else to get into here – Ultimately it’s the Mario 64 you all know and love and it’s certainly a welcome return for the game after its conspicuous absence from the Switch thus far. 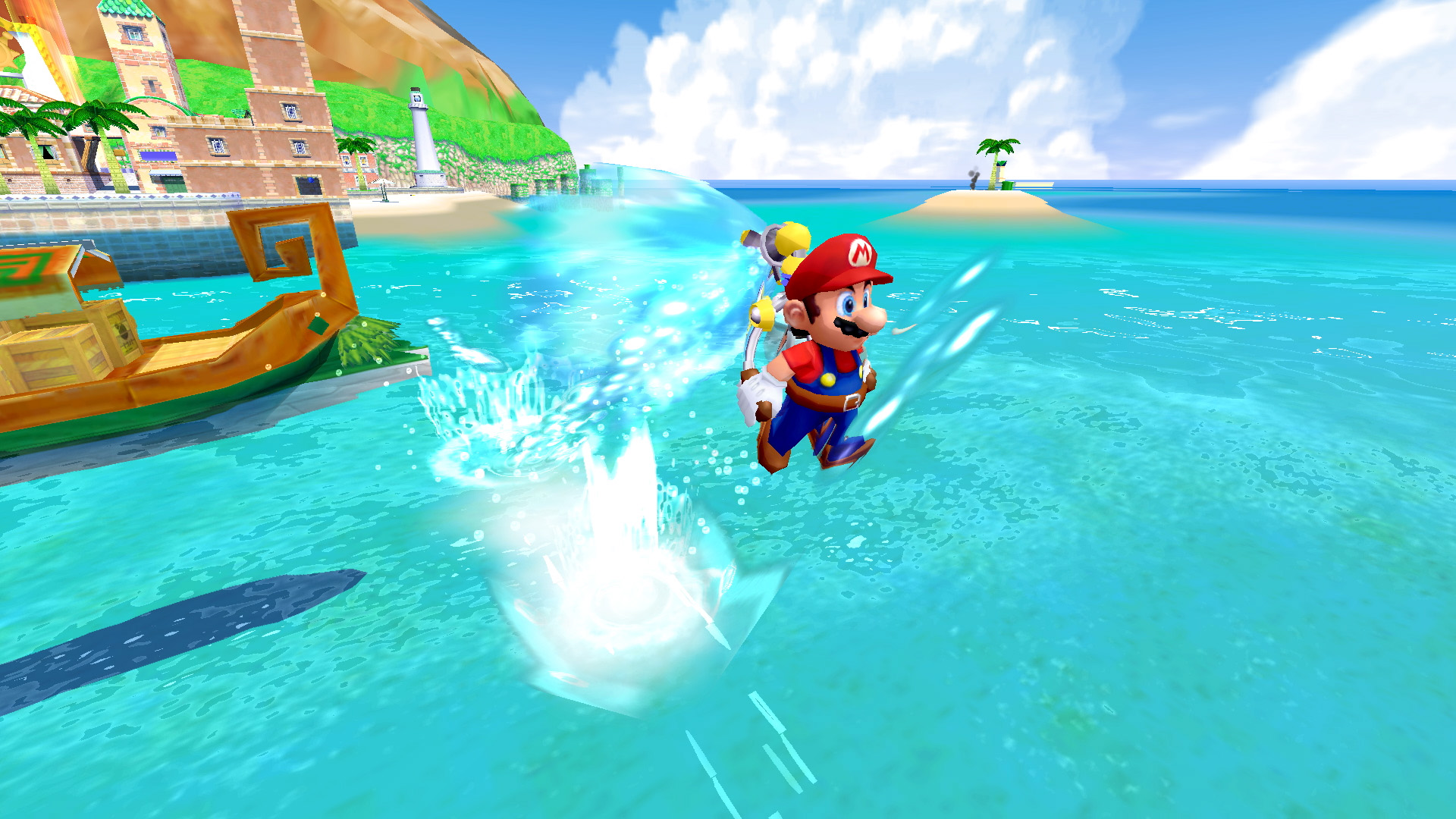 Next up we have the title that will probably be of most interest to those grabbing this collection, Super Mario Sunshine. Released in 2002 for the Gamecube, Sunshine was initially somewhat divisively received as a follow-up to Mario 64, with some viewing the heavy focus on the F.L.U.D.D mechanics as distracting from the usual pure platforming experience, but over the years the game has seen a re-evaluation in many circles and has emerged as a well regarded cult classic, something that was compounded by the fact that the game hadn’t seen a port for another system in almost twenty years so those that appreciated it remained relatively small.

Personally, I spent one summer ploughing through Sunshine and having a blast with it a few years after its initial release, so coming back felt like slipping into a familiar pair of slippers and made me remember just how fun blasting around with your water-fueled jetpack really was, changes to the formula be damned. 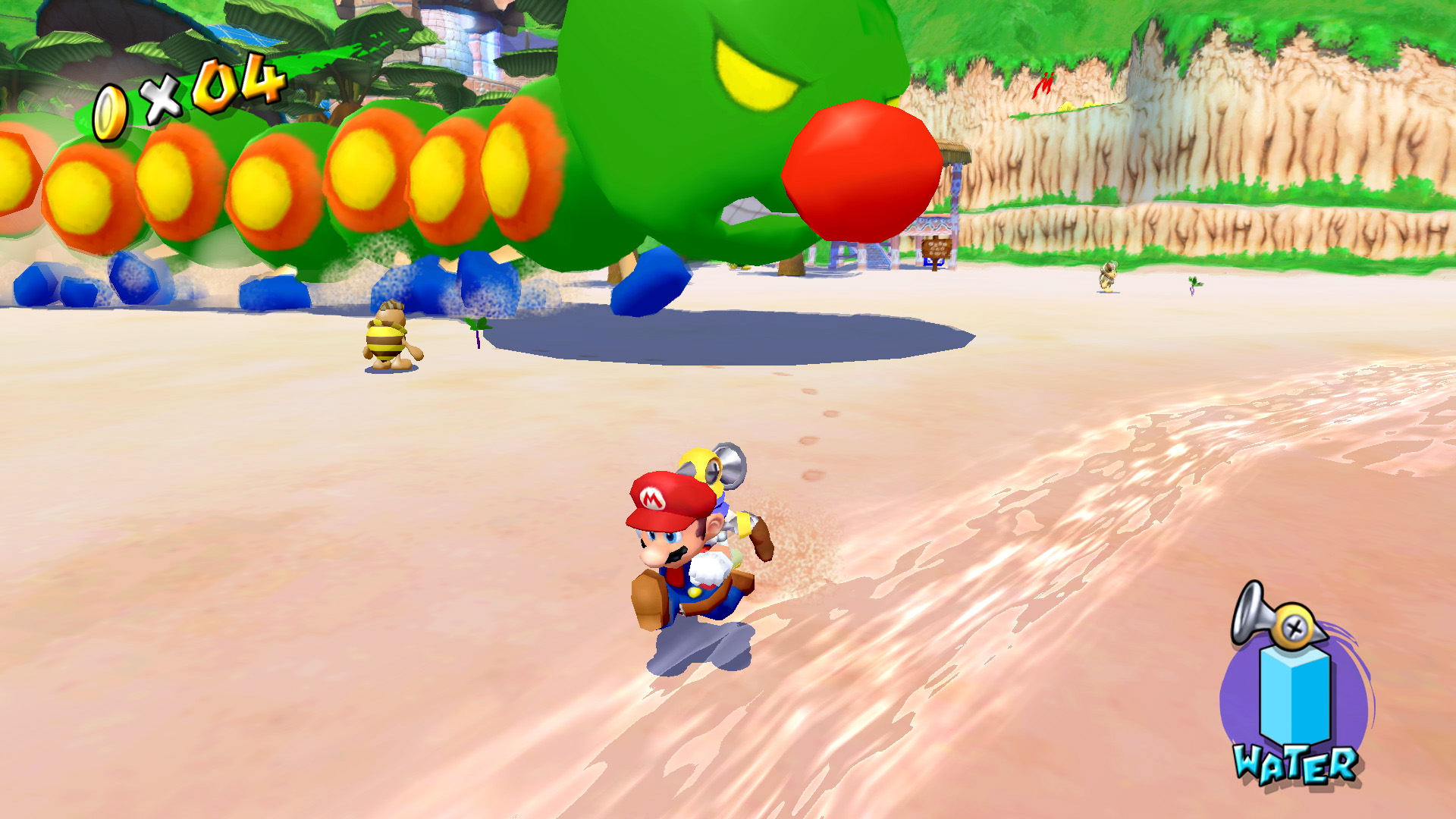 Running at 1080p docked and 720p when handheld, Super Mario Sunshine has never looked better and controls much easier than I remembered. Again, besides the boost in resolution, with Sunshine now running with a 16:9 aspect ratio, there’s nothing of note to get into here in terms of overt changes.

Of course, the controls have been remapped to conform to either the Joy-Con or other controllers and feel almost as if the game was designed with the Switch in mind rather than predating it by 18 years. 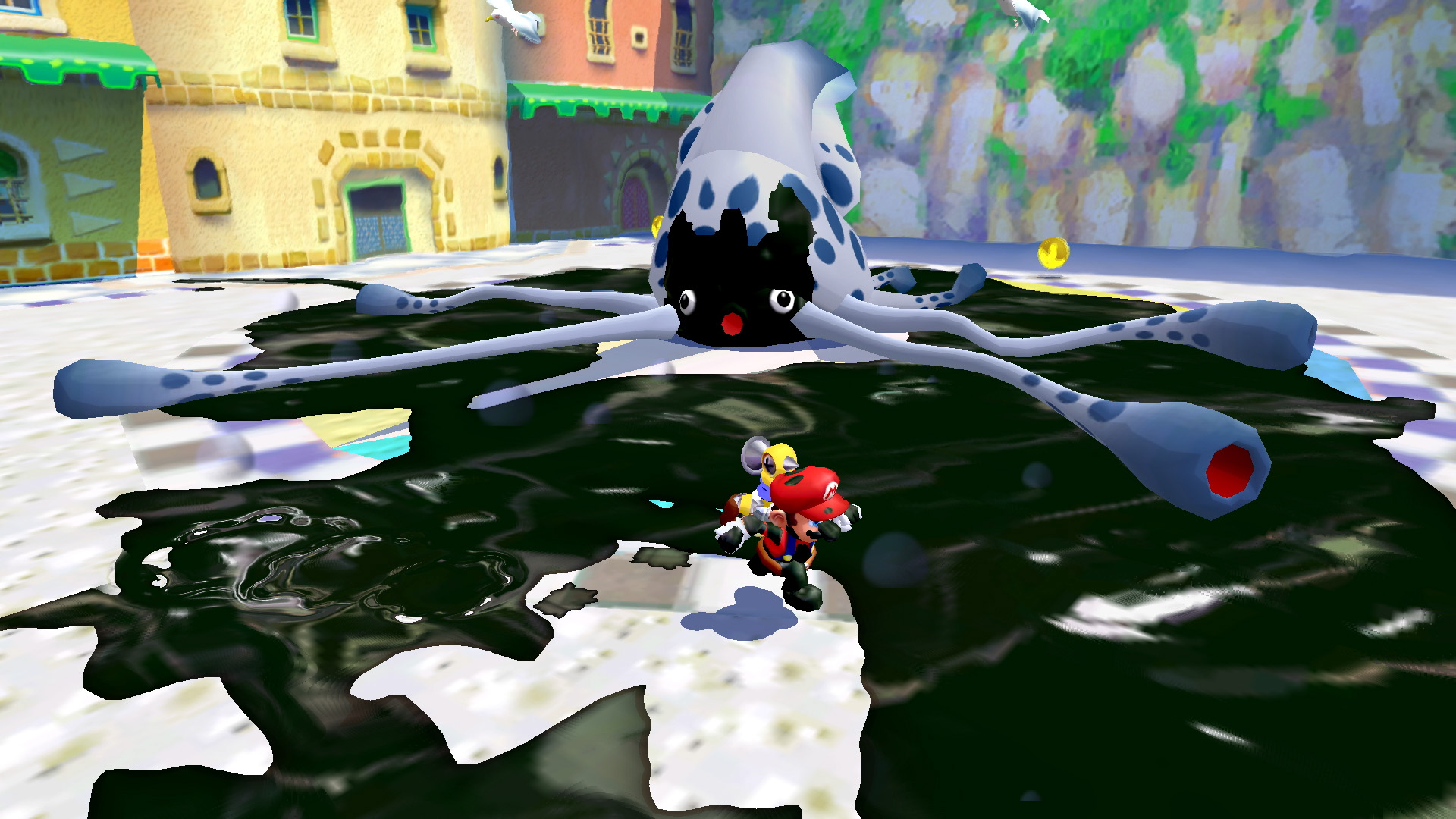 Finally you have the Big Daddy of the entire bunch, Super Mario Galaxy (Although, inexplicably, missing Galaxy 2, which seems like a missed opportunity); this is where players will notice some of the biggest tweaks to the gameplay, as Galaxy, when first released in 2007, relied heavily upon using the Wiimote and Nunchuck accessory.

Nintendo have given players a few choices to help mitigate the fact that the Switch doesn’t have either of the aforementioned devices, with the pointer function being mapped to either the Joy-Cons, your controller or via using the touchscreen when the console isn’t docked. 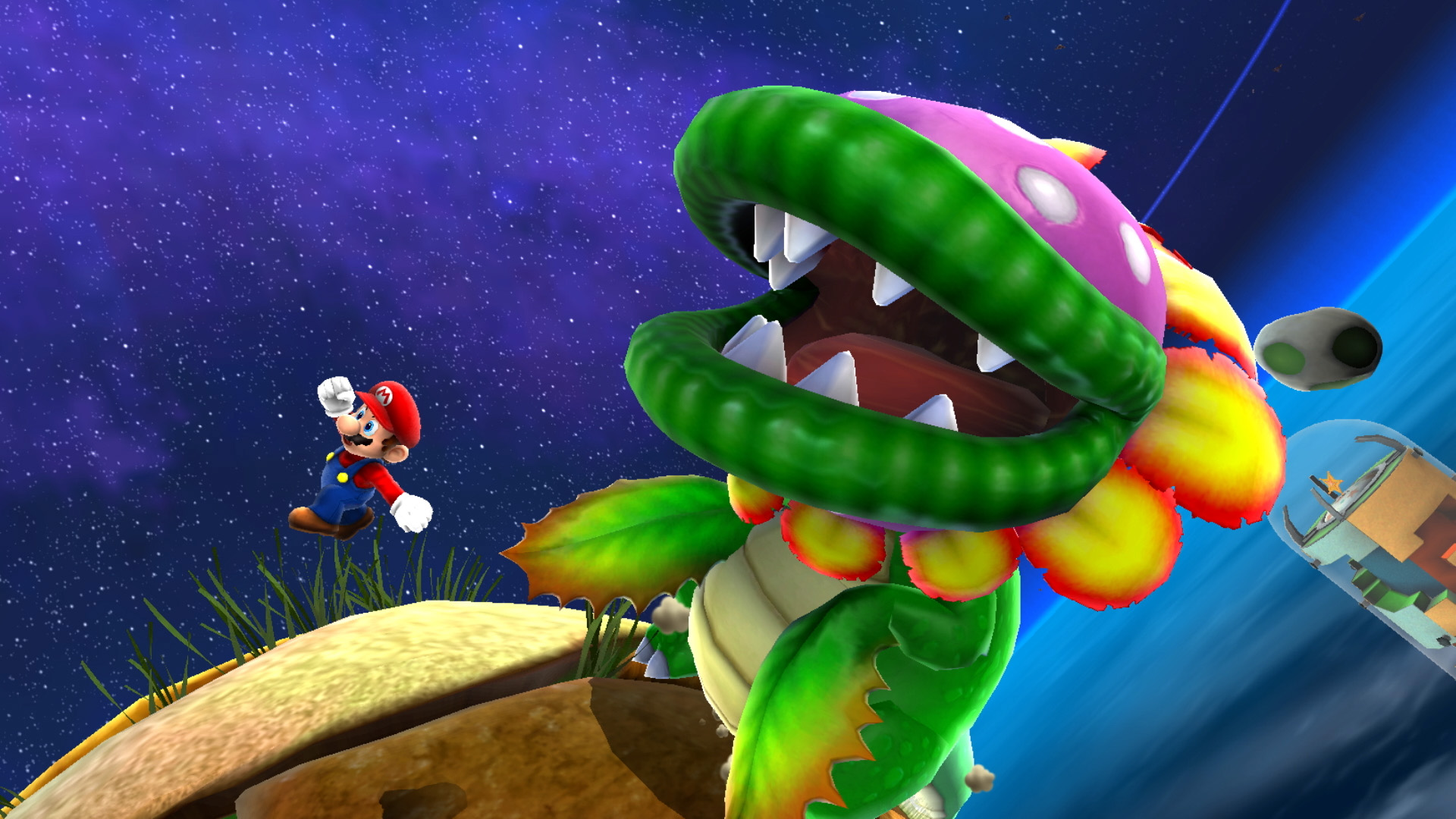 This can be a bit of a mixed bag, however; I mentioned earlier that I preferred to use the Pro Controller whenever possible and Galaxy allowed me to do just this, but the pointer would constantly seem to lose sync and I’d have to slam the right bumper to reset it.

This wasn’t a big deal in the earlier galaxies where precision isn’t entirely the name of the game, but in latter stages and during the endgame it can become infuriating when you’re trying to pull off star grabs and the like and the pointer starts drifting.

Running at 1080p on the big screen and 720p when handheld, Galaxy, as the newest title in this compilation, obviously looks the best of the three. The art direction and visual style always allowed for impressive graphics but here everything looks absolutely terrific in all of its high def glory. 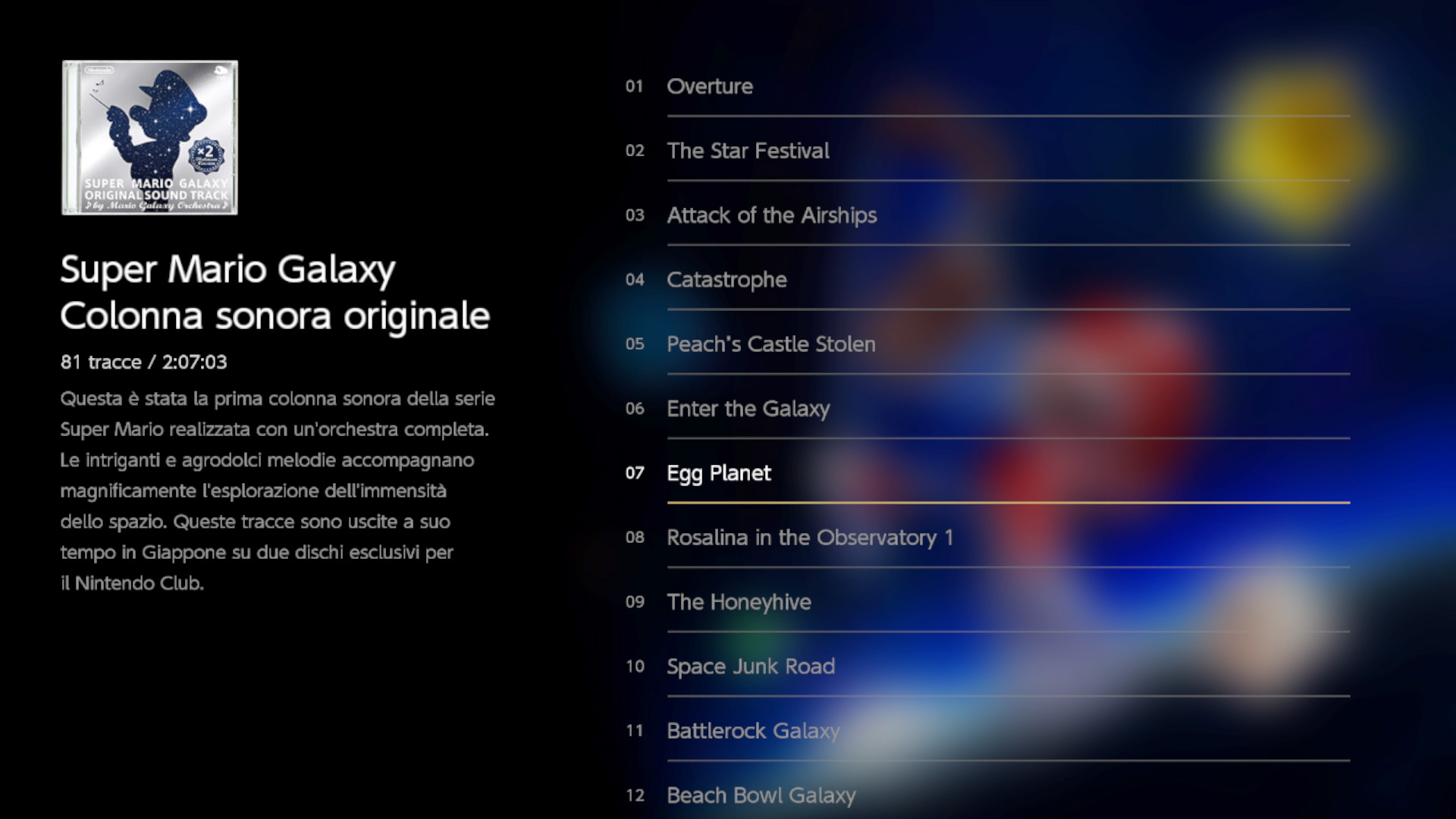 Again, this is just a slight boost to the resolution, with the graphics looking essentially the same as they always have, just a little bit clearer. The bright and colourful aesthetic of the Mario games always lent itself to a kind of timeless charm and even the Grandaddy of the bunch, Mario 64, looks far better than it has any right to, being a 23 year old game (It came out on Aus shores in 97, not 96 like in other territories, so I’m using that as my metric… Don’t @ me).

From a musical standpoint, the entire soundtrack being bundled in is a nice touch, and the classic tunes sound as nostalgia inducing and cutesy as ever. Again, there’s no major changes to the games in any of these departments, but one could argue that if you’ve already achieved perfection, why mess with the formula?

With the crumbling edifice of the world being chipped away every day by the chisel of COVID-19, it’s a welcome comfort diving back into these three games and reliving the classic days of Mario’s early adventures in the third dimension.

The snazzy graphical upgrade and remapping of the controls ensure that these are the best current incarnations of these three titles, even if Galaxy’s motion control stuff can feel a little janky, at least when using the Pro Controller.

Still, I mean, it’s Mario, so you know what you’re in for, and Super Mario 3D All Stars is worth grabbing simply for the chance to play Sunshine again after so many years. 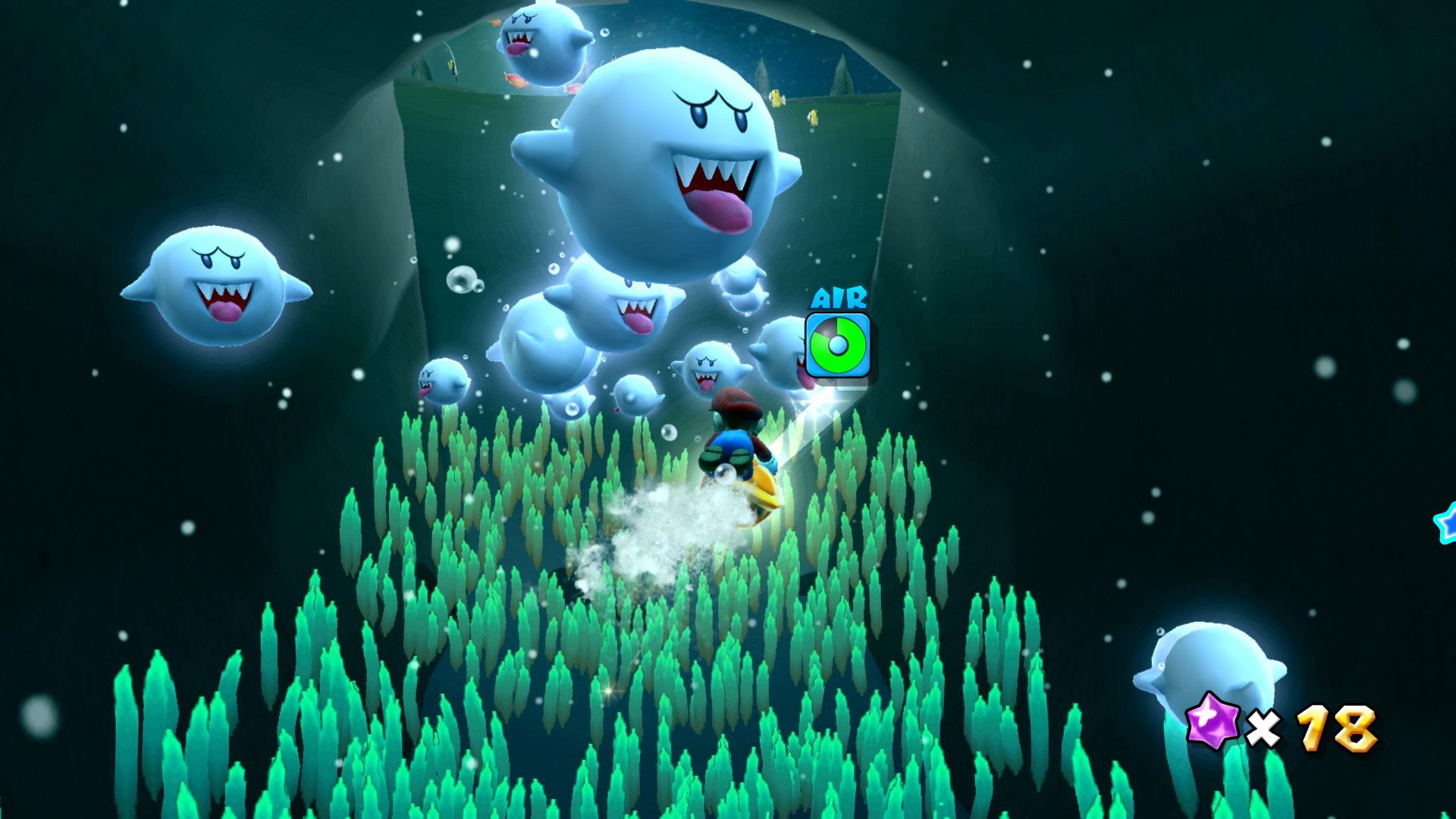 Of course, I’ve somehow avoided talking about the elephant in the room here, which is Nintendo’s baffling release schedule for this game; after March 31st, Nintendo has declared that this bundle will no longer be available for purchase, either physical or digitally. This has sparked a deluge of scalpers trying to take advantage of the high demand for the physical edition, leading to cancelled pre-orders and a whole mass of disappointed fans who have been unable to get their hands on a copy.

Sure, one can grab the digital edition, but for collectors that just isn’t the same, and it’s a situation that has been driven entirely by Nintendo’s transparent artificial scarcity model. I mean, I get it, again, it’s a case of why change your approach if something is working well for you, but in this case in particular it really feels like Nintendo has misread the room a tad. 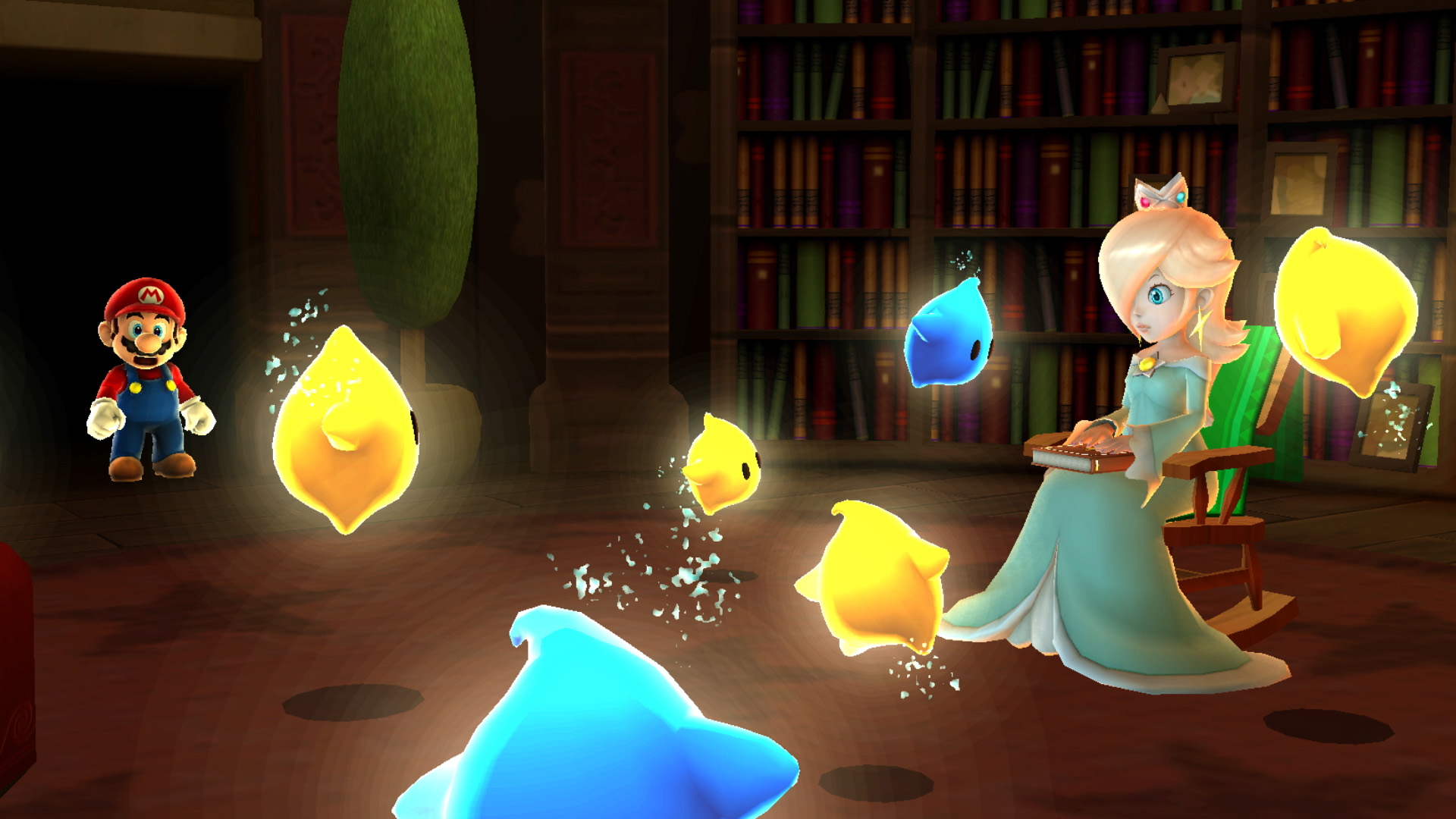 Nonetheless, the methods of distribution don’t have any bearing on how the end product actually plays, and although some could argue that Nintendo could have given us entirely remade versions of these games with flashy new graphics and the whole kit and kaboodle instead of what are essentially emulated ports, for any longtime fan returning to the series, or even those newer players curious about Mario’s roots, picking up Super Mario 3D All Stars is a no-brainer, with three top tier games packed to the brim with content providing some of the best platforming you’ll experience anywhere. 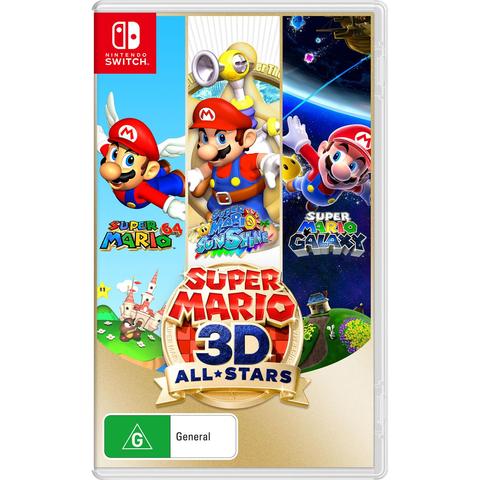