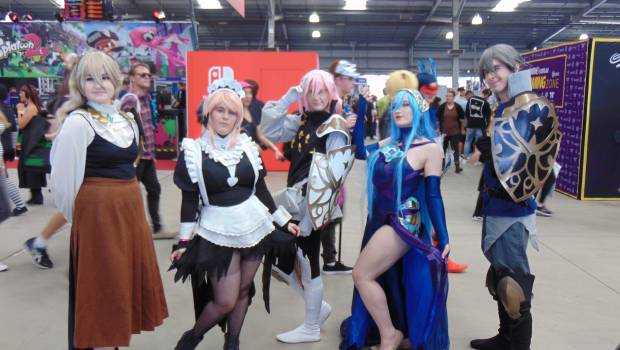 Pop-culture fans unite because con season in Melbourne has officially begun with Supanova 2018! I have to give points where it’s due, Supanova Sunday had a much better layout to previous years with the use of one of the large pavilion tents for a much larger artist alley, it was here that our day began perusing the wares that many up and coming artists have brought with them to sell and promote their trade, chatting with some here and there and learning about their experiences and gaining a few insider tips along the way. It really amazes me at the level of some of these artists and I can’t help but feel a little jealous at the same time, it really speaks of the time and effort these people have put into making their dreams reality and while it’s not always easy, it’s all they would rather be doing and I applaud them for having the strength of will for sticking to their guns.

Then a short tour of the grounds, hunting for amazing cosplays and boy did we find some, to name just a few; Final Fantasy, Jurassic Park, Batman, Marvel Avengers, Overwatch, League of Legends, Power Rangers, Fire Emblem and even a Spiro the Dragon! The level of details astounds me every year and it’s so good to see the levels of effort being put into making their favourite characters come to life and to hear we’ve finally got a supplier for materials here in Aus in Lumins Workshop may finally get me to make some of my own cosplays I’ve always secretly wanted to make. 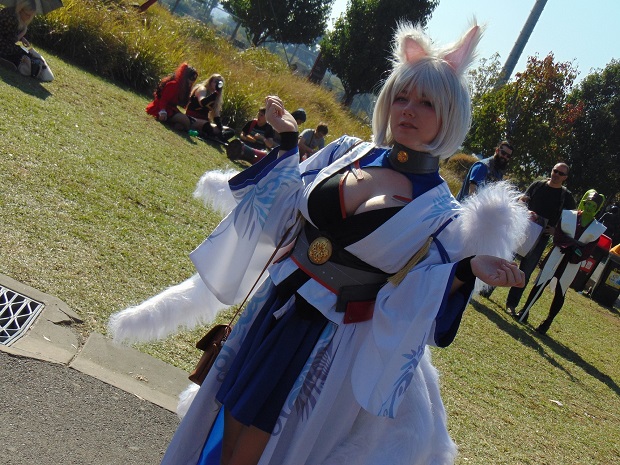 Then we just happened to end up in Todd Haberkorn’s panel and decided to stay and hear about his experiences and tales of the industry. It’s always refreshing to see such a down to earth voice actor who really enjoys the small things and is super comfortable engaging with fans, it’s not always easy to deal with the screaming mass of fanboys and fangirls but he made it look easy, it always nice to hear experiences from these guys as it makes them seem as real as any normal person too and it helps those who are looking to break into careers like his, a little bit of comedy on set goes a long way too.

The another tour of the grounds, getting some more awesome cosplay and perusing the wares in the traders hall where my colleague and I stocked up on some pop-culture gear to feed our hungry bodies. A brief stop…or three to the Splatoon 2 setup up where we passed some time checking out players going head to head playing each other against waves of “Zombies”, I use the term Zombies lightly as the game mode has you collecting eggs whilst fighting various types of fish, incredibly amusing to watch though. Then a brief stop for lunch and a catch of breath before round 2. 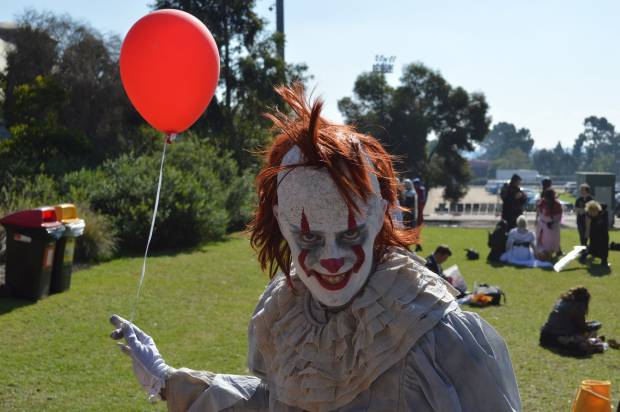 After a final tour of the traders hall and a last pit stop at Artist Alley, we journeyed to the Cosplay Theatre for Action Reaction, a group of epic cosplayers and stuntmen, who can perform some sweet moves, they performed a skit that played on their characters traits, fighting ninjas and dancing to smooth beats and the while inviting members of the audience to join in on some dancing and in some of the nimble Spiderman’s stunts. Then we hung around for the cosplay competition to see some of the courageous cospayers we’d snapped earlier in the day strut their stuff and even perform a few skits of their own, I honestly don’t know where they find the confidence because I surely couldn’t get up on stage like that.

All in all, after some rocky years we’re I felt Supanova had been lacking, I was pleasantly surprised at how much more I enjoyed myself this year, I can only hope they keep striving for better in the years to come and I am definitely looking forward to the rest of Convention season in the coming months, from here it’s onto Comic Con, I hope to see some of you there!

P.S: Please do head on over to Melbourne Cosplay Community and support these amazing cosplayers!