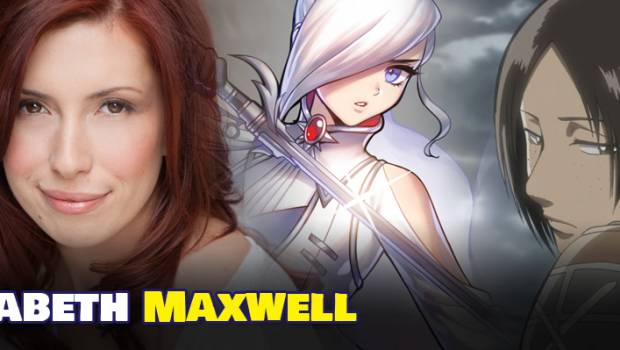 Elizabeth Maxwell is an accomplished actress, award-winning voice over artist, and life-long lover of all things geek.

She made her debut in the dubbing world on the hit anime series Attack on Titan(Ymir) and soon after took on the most recent incarnation of The Major in Ghost in the Shell: Arise (Motoko Kusanagi). Other popular anime titles include Noragami(Bishamon), Fairy Tail (Jenny Realight), Soul Eater Not! (Shaula Gorgon), My Hero Academia (Midnight), Show By Rock!! (Victorious), Overlord (Albedo), and Code Geass: Akito the Exiled (Ayano Kosaka).

You can find Elizabeth’s voice AND face on such TV shows as Criminal Minds, From Dusk Till Dawn: The Series, and Lost Tapes, and in the big screen psychological thriller A Perfect Getaway. She is also a regular fixture in the indie genre film world, with starring roles in such films as Virgin Cheerleaders in Chains, Tip Your Waitress, Focus Puller, and Hard Reset 3D.

When she’s not behind a camera or mic, Elizabeth enjoys super hero training (aka kickboxing and stunt fighting), watching John Carpenter and Miyazaki movies, reading fantasy novels, playing RRGs, and planning for the zombie apocalypse.