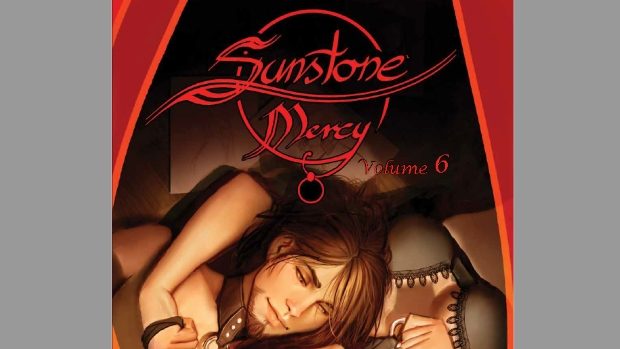 Summary: Finding someone you click with is a great thing... when you find someone who shares your kink, that's amazing! But sharing a passion doesn't always mean you are passionate about the person.

Sunstone: Mercy is the tale of Anne and Alan, or perhaps I should say it comprises both Anne and Alan’s stories. We are taken back to before the familiar events we know now and learn of Alan’s challenges having his kink discovered and used as bullying material… but also how that event arguably turned his world around for the better. We also learn about Anne’s self discovery and how metal music can lead to some pretty amazing places. 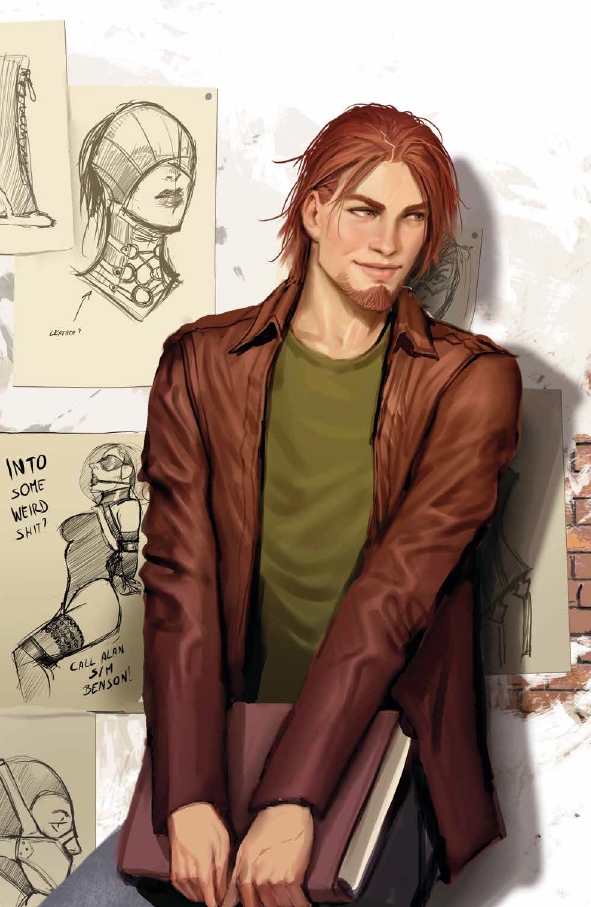 Stjepan has a great way of writing that feels very natural. The casual banter of conversations laced with playful insults and long developed understanding between friends and partners. In addition to the repartee between characters there’s also a very important humanizing of kinks. Now that may not seem like much in and of itself but it’s actually very important… the way kinks are discussed in the Sunstone series is very natural… it’s people exploring their boundaries and learning what they do and don’t like… without stigmatisation… well within the right company they avoid the stigma. It’s one of those “representation matters” things… demystifying kinks can help people who have those kinks to feel less “abnormal” and the Sunstone books probably form a great way to introduce the idea of trying some kinky fun with a partner by way of asking them to read the book and seeing what they think of it. 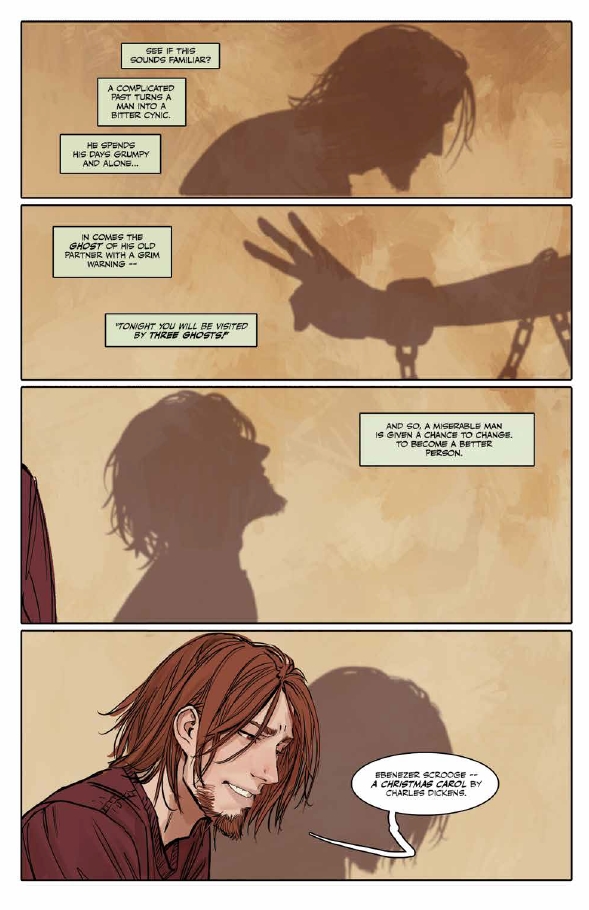 I love Stjepan’s art… the standard pages are filled with beautiful colours and tones and the line work is exceptional. There’s a transition from a current to a past scene that locks on Anne’s face, same angle, same expression… but it clearly shows her in a different place both physically and emotionally/psychologically. I’ve always loved Stjepan’s skill with expressions too, subtle knowing looks between characters… a raised eyebrow or a sly smile… they add so wonderfully to the texture of the story without saying a word. But along with all the regular panels are the special panels… the panels that really catch your eye that have been given that extra bit of attention. Whilst most pages have images with a standard 2D look… these special panels pop off the page with their 3D style… the shading and tone work just really bring these images to life and are worth pausing on for a bit longer to just drink in their beauty. 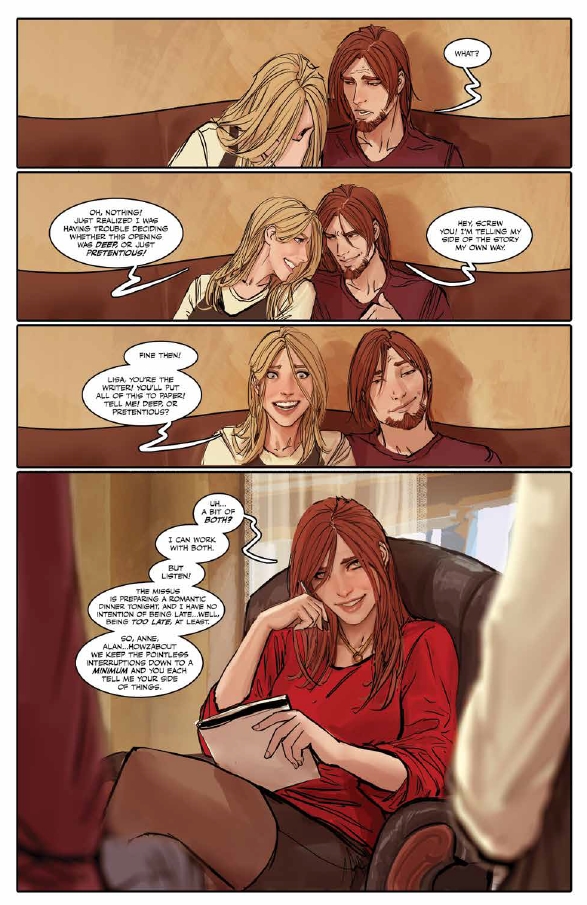 As someone with his own fare share of kinks and a position not on either extreme of the sexuality spectrum… Sunstone books are pretty much right up my alley. They explore sexuality and fetishes without shame… they have a decent amount of erotica too them… but they also have a really lovely heart to them and it’s easy to get emotionally invested in the characters. I can imagine (and hope) that this series might help people who are feeling awkward or “wrong” about their sexuality or kinks, feel more comfortable about themselves and their interests. I also hope that it might be useful for couples who may want to try some new things but not really know how to ask. I highly recommend Sunstone Vol 6 to anyone with an open mind. 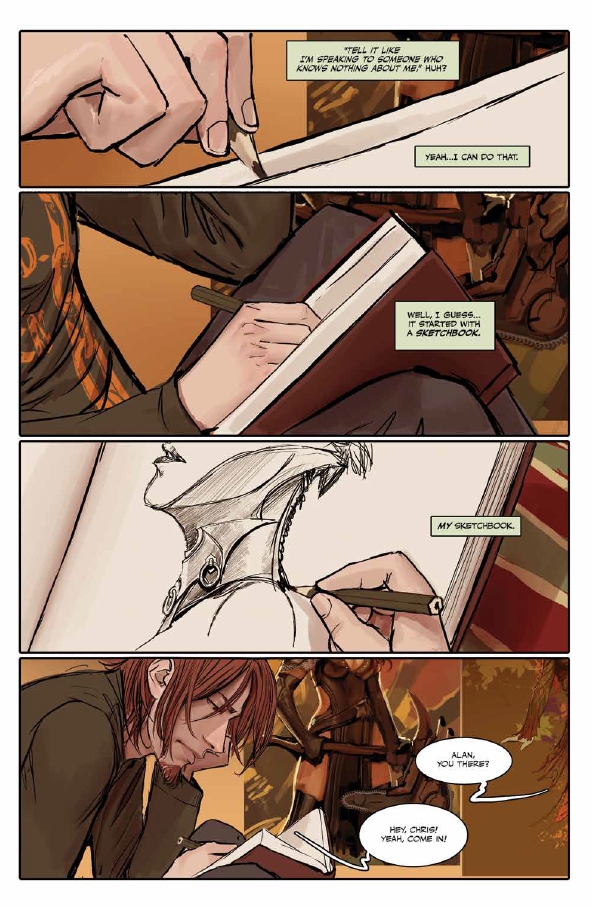