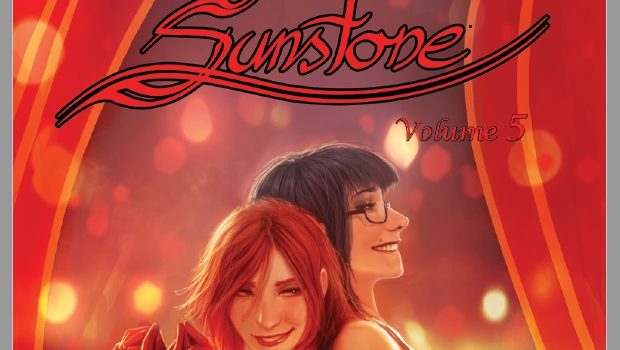 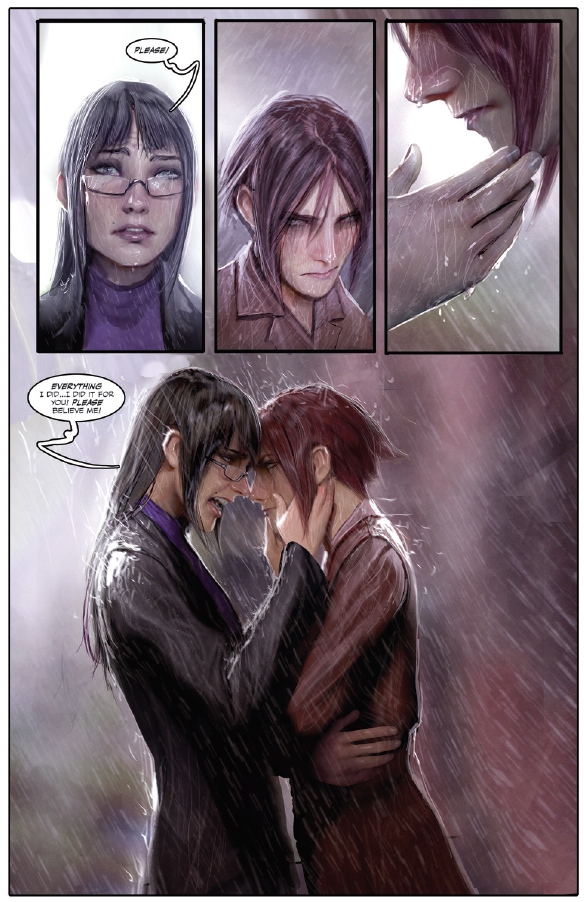 Perhaps ironically at this point… I almost don’t know what to say. The story was absolutely gripping… I wanted to know what was going to happen next and part of that meant learning what happened before, actually a lot of it meant learning what happened before. The interplay between characters is very natural and has the same clunkiness many of us experience when fumbling through our feelings for someone. But perhaps even more familiar is the internal monologues… the going over everything that was said and done, not just to try and figure out what the other person did to bring about the end… but the realisation that perhaps it was both parties making mistakes and misunderstanding. There is so much here that is relatable that the words just seem to flow so naturally that you have to keep reading. 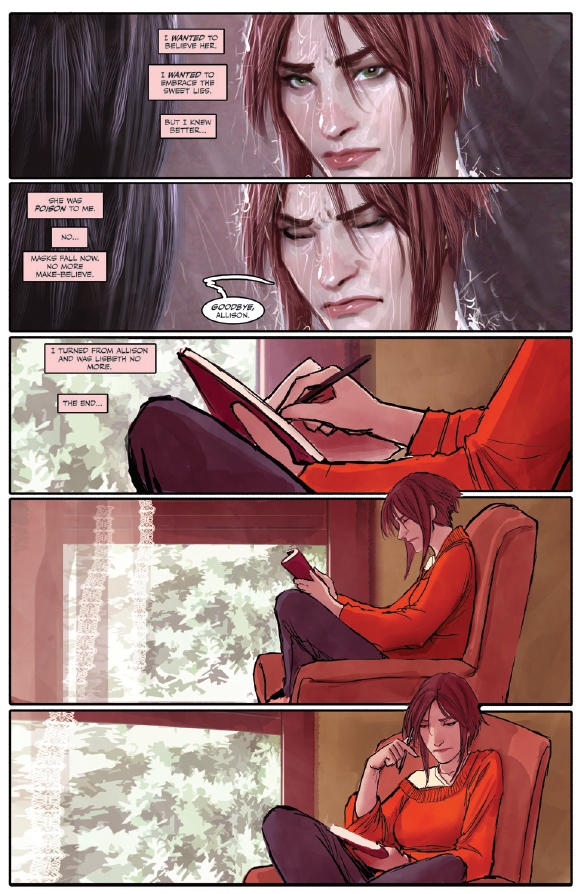 As much as this story really rides on the power of the writing… the artwork is not to be dismissed, it is simply gorgeous. There are the set pieces, fully page emotive images that guide you into the next section of the story, these alone contain a lot of power…. like a snapshot from the story. But then there are the panel to panel images… the whole story is filled with wonderful subtleties, raised eyebrows, bitten lips, the expressiveness of each character is all over their face… even if part of their face is obscured by bondage gear. There may be people who are put off by the BDSM imagery… but they will miss out on a wonderful story if they let that stop them giving it a go. 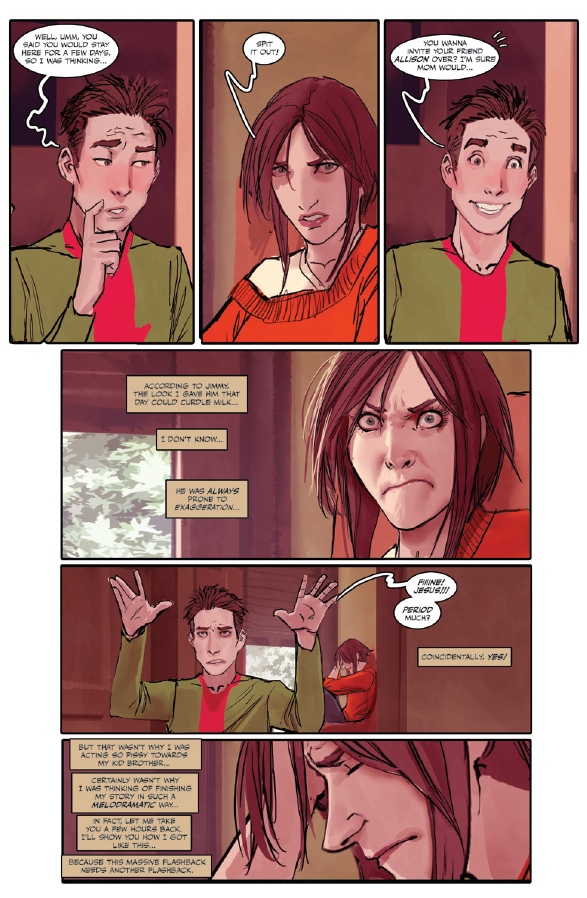 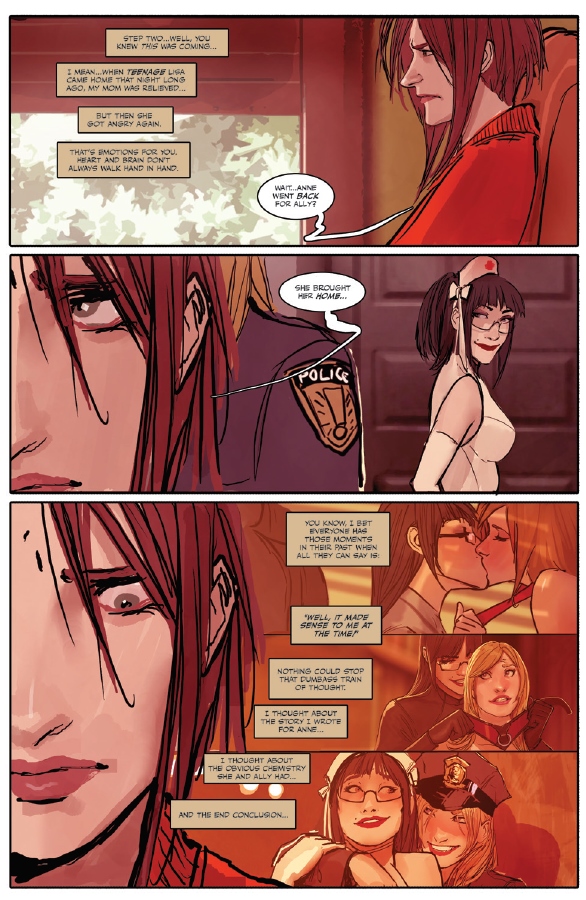