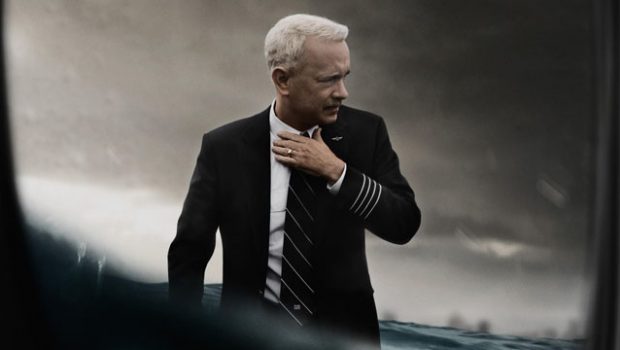 Captain Chesley Sullenberger or “Sully” has just landed Flight 1594 safely on top of the Hudson River. The airbus is now filling with water, forcing the scared passengers to climb out onto the plane’s wing. But Sally isn’t ready to leave yet. He checks the aisles and calls out to make sure no one is trapped. He then re-enters the cockpit, collects his folder and puts his arms through his coat before exiting. In this sequence, it’s Sully’s professionalism and attention to detail that refuses to succumb to the pressure of extreme circumstances. While the moment humorously illustrates Sully’s every-man quality and patience, the scene may have been culled by a less patient filmmaker than Clint Eastwood. Few contemporary directors in Hollywood are as generous with their time and as unobtrusive with their camera as Eastwood. With his unfussed shooting style and selective film techniques intact, he allows Tom Hanks to inhabit Sully and retell the Miracle on the Hudson and the subsequent investigation of the landing. Sully is a brief, slender film about heroism as an instinctual, unrehearsed act, which despite its excellent lead performance from Tom Hanks, also feels like a thematically safe and unadventurous entry from one of the industry’s heavyweight filmmakers.

The landing is contextualised in the framework of Eastwood’s longest serving narrative staple: an ordinary man whose bravery transpires from a sense of duty. The film opens by cutting between its credit sequence on black title cards and with a plane edging dangerously close to the New York skyline. The sequence, revealed to be a nightmare of Sully, serves two purposes. It is the first of several scenes to reference the September 11 terrorist attacks. Eastwood’s regular cinematographer, Tom Stern, frames the cityscapes with a wide shot from an IMAX camera to strikingly capture the quiet city lights and the ghostly sense of dread the terrorist attack evokes as the plane narrows in on the buildings. Eastwood views the story of the Miracle on the Hudson as a response to 9/11; it is in his eyes a case study in quick thinking, bravery and experience in times of danger. But quiet patriotism does not deter him from exploring character either. The dream sequence amplifies the inner feelings of Sully, whose self-assurance is regularly assaulted and compromised by his fears of endangerment as he questions his judgment about landing the plane on the river. Conflict in the story is visual, through the well-produced but sometimes fragmented aerial sequences, but also personal as Sully earns reassurance from his co-pilot Jeff Skiles (Aaron Eckhart) and his wife Lorraine (Laura Linney, deserving a bigger role); the latter fears that an abrupt end to Sully’s career could cost him his pension and eventually their home. The stakes are set high because Sully is being investigated by narrow-minded officials of the National Transportation Safety Board (NTSB) who don’t understand his actions and believe he could have landed the plane safely at LaGuardia Airport. They argue their computer simulations demonstrate the landing, but they refuse to let him see the programme; they also stipulate that one of the plane’s engines was still functional and refute Sully’s claims it was destroyed by birds. Consequently, the film’s dramatic conflict is cast between Sully’s instincts and personal reactions against rules, formalities and regulations—a war Eastwood himself has regularly fought since starring in Dirty Harry (1971). 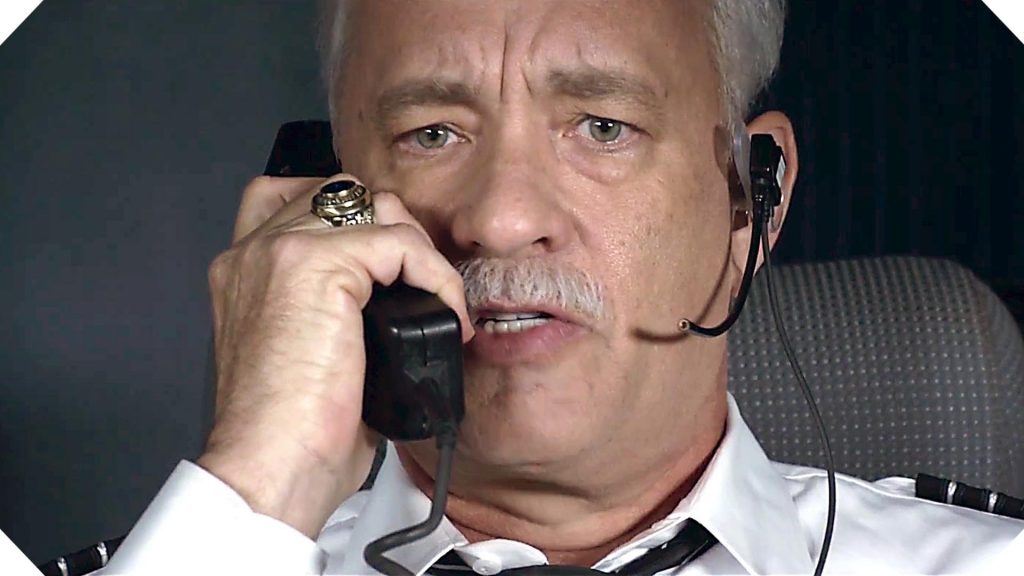 However, the way the film genuflects in front of Sully becomes a limitation of the narrative. Its fitting that Eastwood sneaks in a visual gag of his film Gran Torino (2008) because it too dramatised a man’s choice to be heroic. But in the Hudson story, where 155 people were at risk, some shades of grey could have been added to Eastwood’s interpretation so the NTSB wouldn’t seem as eye-rolling and condescending. For example, there’s a long sequence where the Coast Guard gears up to the aid the passengers huddling together on the wing of the plane as it begins to sink into the water. This is an action charged time-filler that despite its restrained nature is a conventional representation of heroism. Meanwhile, to reassure us that Sully is an experienced pilot, Eastwood intercuts two pointless flashbacks of Sully’s past adventures as a pilot. The more compelling portions of the film are the two hearing sequences that bookend the story. The camera becomes infatuated with Tom Hanks, framing his white hair and prickly moustache mostly in medium close-up shots. Hanks’ performance is one of his best in recent years and also proves how strong Eastwood is in directing actors. Eastwood’s camera gives Hanks ample room to find the contradicting emotions in Sully, where his unwavering belief in his skills and decision-making is undermined by doubt and sadness agitating his confidence. Hanks is so convincing, resembling Paul Newman at the end of his career, and the film is entirely adamant about Sully’s bravery that it becomes a simple and digestible toast to heroism. It shares an agreeable message that people who set out rules and criticise heroes can’t understand a dramatic situation until they have experienced it themselves. But like American Sniper, where the main character was also spurred by 9/11, the politeness Eastwood has for his subject is putting the brakes on the same narrative risks and themes this important filmmaker took a few years ago. Films like Mystic River (2003) and Million Dollar Baby (2004) served to deconstruct his own career and image by analysing the ethics and moral consequences of a man’s decision to take charge. In their company, Sully’s incredible story is a footnote.

Summary: Despite its excellent lead performance from Tom Hanks, it also feels like a thematically safe and unadventurous entry from one of the industry’s heavyweight filmmakers.