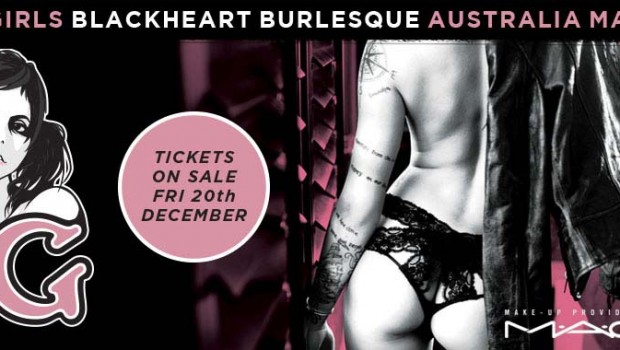 SuicideGirls – the sexiest, smartest, most dangerous collection of outsider women in the world are bringing their full Blackheart Burlesque Tour to Waves @ Wollongong on Friday 21st March!
This unique tour is unlike any other Burlesque show.

SuicideGirls is an online community that celebrates alternative beauty and indie culture from around the world. Since 2001, tens of thousands of models have submitted millions of photos to the website hoping to earn official SuicideGirl status. The community carefully chooses the most unique, beautiful women from those submissions and invites them to join the SuicideGirls sorority of bad ass bombshells and geek goddesses. SuicideGirls are the sexiest, smartest, most dangerous collection of outsider women in the world.