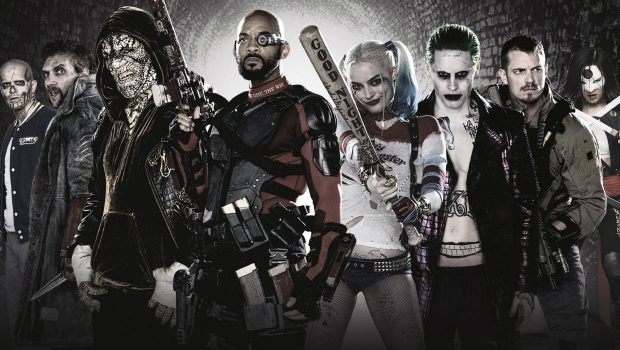 Suicide Squad, Warner Bros’ latest addition to the DC comic universe, is one of the silliest films ever made. It is a derivative, preposterous and amateurish slice of fan love that may triumph at the box office only because of its oversaturated marketing and the blind curiosity that is our stunning dedication to the limp superhero genre. The creative team behind the film’s boring content hasn’t capitalised on a potentially unique concept, where the DC villains have their own movie and become anti-heroes, free from Batman’s square-jawed moralising. Instead, Squad degenerates into the safest and most generic narrative type: a save the world story with terribly unappealing characters, awful dialogue and lame cameos that coast on fan anticipation. It’s also an ugly film in its visual and political aims; the murky visuals typify the black and white approach the story takes to its quasi-fascist politics, an unfortunate staple of this subgenre, where teams comprised mostly of men, solve the world’s problems through combat and violence.

This is the darkest and ugliest side of the American Dream. If you are well armed, you are already taller than a regular man and can achieve anything. The world is in debt to you. To shield the film from criticisms of being right-wing and comparisons to similar movies about deadbeats becoming useful pawns, such as The Dirty Dozen (1967), Warner Bros may cite the age of the original comic book and ask whether these characters are truly villains or flawed heroes. However, the moral ambiguity is a question the film becomes disinterested in because the story isn’t subversive enough or unique from the films that have recently proceeded it. The film’s laziness is loudly amplified by staging the very same climax that ended a rival franchise a few weeks ago. The staleness of this superhero genre has rarely been so apparent.

Long ago, the appointment of David Ayer to write and direct the film may have seemed like a good idea. He’s a Christian who comes from a military family and spent two years in the US Navy. The films he’s made, some interesting and some poor, have been about men working together, militarisation and gun culture. He wrote Training Day and SWAT and directed End of Watch and Fury. He shares a passion for law enforcement and views police and servicemen as selfless heroes, which in recent times seems like a simplistic and naïve perspective given the state of policing in the world. Similarly, Squad’s narrative trajectory, where hardcore villains are mistreated and misunderstood before transforming into generic heroes, underlines the simplicity of Aye’s political rhetoric. The black and white, rock ‘n’ roll lens through which Ayer sees law enforcement becomes typical of his stylistic choices.

The film is painted with the same dreary monochrome colour scheme that desaturated Batman vs. Superman: Dawn of Justice and against the pelting rainfall of the night, almost every character is stained with tattoos and piercings, only to be softened by stories and thoughts about family. It’s a deliberately ugly, punk world, but lacking coherence. When everything is weird and self-consciously “edgy” a character like the Joker doesn’t look or feel as bizarre or scary anymore. Ayer concedes this by cutting to a huge circle of knives to desperately grasp at something creepy. He’s also indecisive about whether this is a film or music video. He impatiently slashes the film’s exposition into quick cuts and montages and pointlessly dumps a jukebox of rock and pop songs over the top of scenes. His approach, fast and loud, is a signpost for how much this film will wear you down long before the real gunfire has started. Put in another quarter and try again! 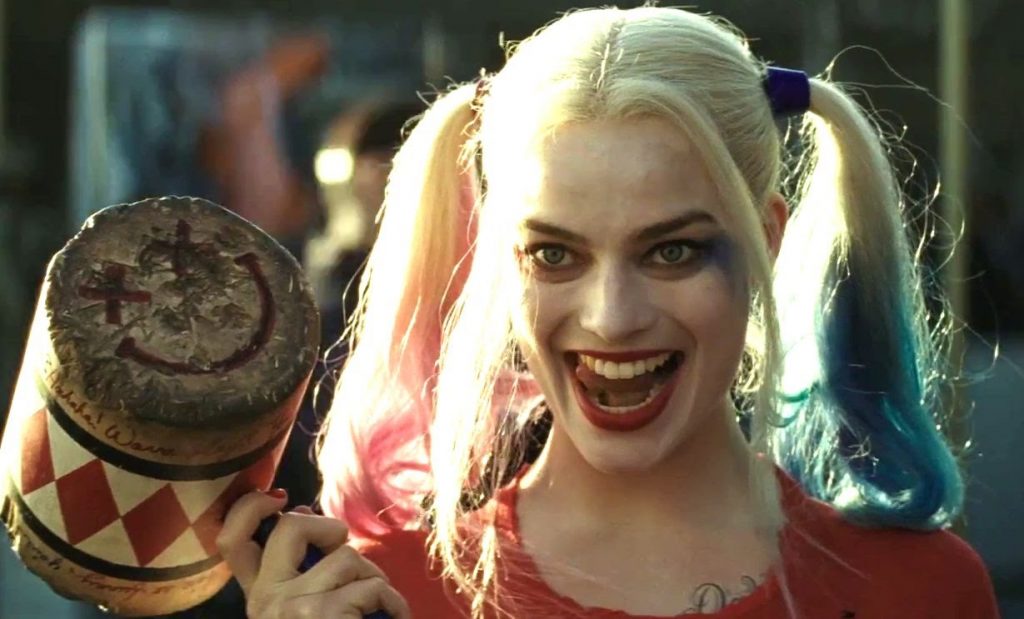 The gothic textures and pop songs become useless trimmings to distract us from the terribleness of Ayer’s screenplay. Set after Dawn of Justice, the film is about a group of imprisoned villains that the government has kept locked up but then decides to train out of fear that superheroes comparable to Superman will endanger the government. Amanda Waller (Viola Davis; what is she doing in this?) dumps a top secret folder on a table and introduces each villain, who are described laughably as “a team of bad people who can do some good”. The exposition dumping ground is the narrative’s first major problem. It rigidly outlines each character one after the other, which isn’t a very organic or spontaneous introduction. Each one is a hastily assembled action figurine, the personal stories of which are either uninvolving or incredibly stupid. Harley Quinn (The Wolf of Wall Street’s Margot Robbie) is a disappointment; Robbie is given little more than a checklist of ticks and has been ordered to prance around with a baseball bat on her shoulder and chew bubblegum in hypersexualised short shorts.

Separating Harley from the Joker (Jarod Leto) is a huge misstep. We rarely see them together, which robs the film of their famous chemistry. Harley and her puddin’ really do need each other. For all the hype about Leto’s preparations, the Joker barely features and isn’t important enough to the story. In his short time, he doesn’t possess the menace or the humour the other interpretations have displayed and a supposedly big climax is embarrassingly predictable for the character. Will Smith as Deadshot, a sharpshooting hitman, opens this mess up to obvious schmaltz. Deadshot must be the world’s first hitman to demand visiting right because he’s fighting his wife over custody of their daughter. Not even the world’s most dangerous criminals are safe from the family friendly values of Will Smith, who fails to invent a personality or voice separate enough from his own to embody the character. By resorting to mushy intercuts about family, David Ayer is also compromising the moral ambiguity of these characters and their darkness by characterising them in the same glowing aura in which he views the police and military. 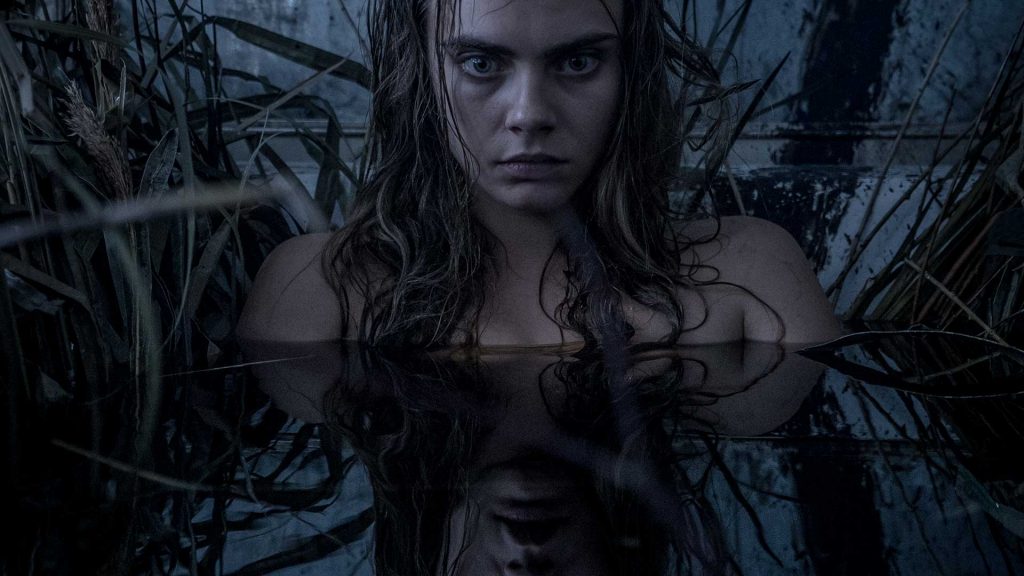 The other losers are half-drawn or too silly for true emotional investment. Jai Courtney exaggerates his Australian accent so we’ll know he’s Australian. He plays Boomerang, a supervillain named after his weapon of choice who steals things. Try pinching the number of a different agent Boomerang. There is one Asian character (Karen Fukuhara), a samurai girl (what else?) whose husband died, but she still speaks to him because his soul is place within her sword. Moving right along, Killer Croc (Adewale Akinnuoye-Agbaje) is somehow less scary than his counterpart in the Arkham video games and there is a bizarre Hispanic criminal named Diablo (Jay Hernandez), who is reluctant to shoot fire out of his hands again, really, because he killed his family. On that very note, is it worth mentioning that it’s difficult to truly love this group? What keeps them from escaping the soldiers overwatching their assigned mission is that they each have a bomb implanted in their neck that can be set off if they leave—they should be so lucky. But Squad is sunk most profoundly by the ridiculousness of its villain and the doomsday plot that becomes Ayer’s most cornball thesis of why the world needs policing by underappreciated heroes.

Initially part of the group, Dr. Moone (Cara Delevingne) is a girl who has become possessed by an evil witch called Enchantress, yes really, that allows her to transcend time and space. The witch’s weakness is her heart, which is kept by Amanda in a box (no, really). Even more insane is that after Enchantress frees herself, she possesses a man on the subway to turn him into a god, and then unleashes giant tentacles that smash through buildings. This is the exact same plot as X-Men: Apocalypse, a Marvel property no less, which was terrible. In between checking your watch and the squad debating about escaping, there are tensionless, video game-like scenes where the gang fights waves of mutants; someone thought it’d be fun to watch a Gears of War-style “horde mode” sequence you can’t actually play. The juvenility is so far beneath comic book and video game fans, who excitedly dress up for these movies and deserve so much more. For someone who knows the toughness of military life and regularly makes films about how macho and brave law enforcement is, David Ayer’s adolescence is staggering. He needs better squad goals.

Summary: For someone who knows the toughness of military life and regularly makes films about how macho and brave law enforcement is, David Ayer’s adolescence is staggering. He needs better squad goals.