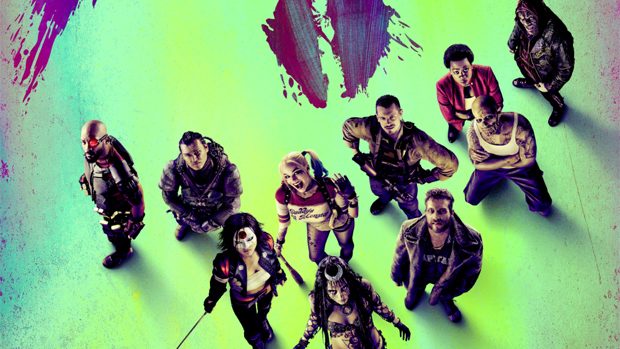 Summary: Who do you cheer for when the villains are asked to be heroes and the ones pulling their strings are villainous?

I have a love hate relationship with films based on characters from DC Comics which all started with Zac Synder’s Man of Steel in 2013. With that said, I LOVE the DC Comics universe, especially in the world of comics but unfortunately Marvel has the edge when it comes to movies who have faithfully recreated their characters almost to the letter on the big screen. However it seems with the current batch of films revolving around the assortment of DC Comics, Warner Bros. are trying for a more realistic approach with their grim and gritty stories that harkens back to the Batman films of Christopher Nolan which were blockbuster hits. On that note and given the money made at the box office from superhero films, it seems that movie goers prefer their heroes more colourful, positive and slightly comedic which is a staple of the Marvel films. 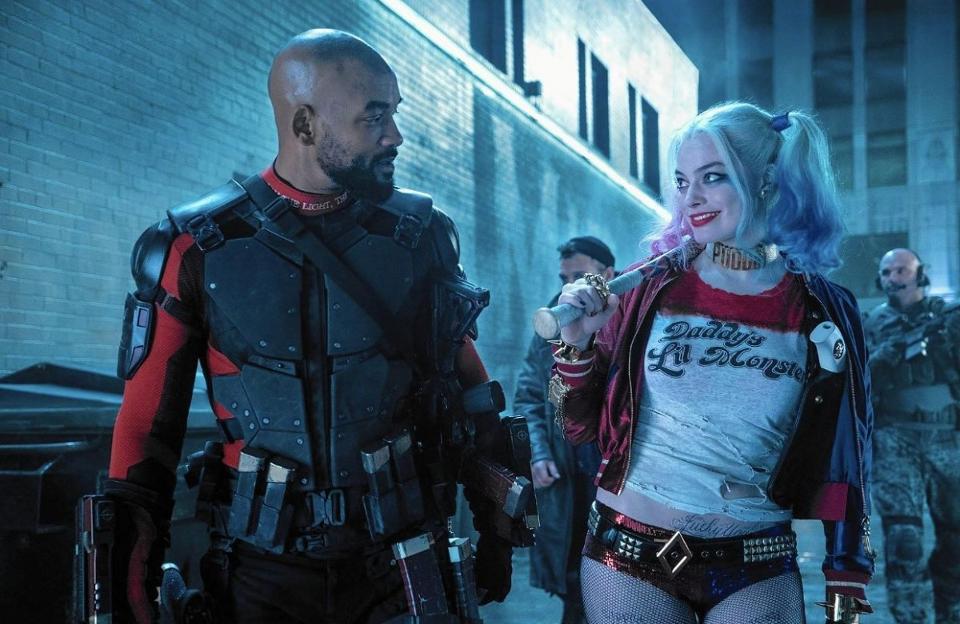 So while I loved elements of both Man of Steel and Batman vs Superman: Dawn of Justice (2016), I was cringing and cheering throughout both movies because they done some things extremely well, whereas others elements were totally off, particularly when it comes to some of their characterisation. However on a brighter note, I simply cannot wait until Wonder Woman next year as that trailer looks insanely good. So here comes Suicide Squad that was directed by David Ayer and written by comic scribe and film writer David Goyer as a top-secret government agency collects some of the world’s most dangerous super villains after the death of Superman (Henry Cavil) to help protect the world from dangerous threats. Unfortunately a new threat has emerged and it doesn’t help that the government is trying to control this ancient menace. 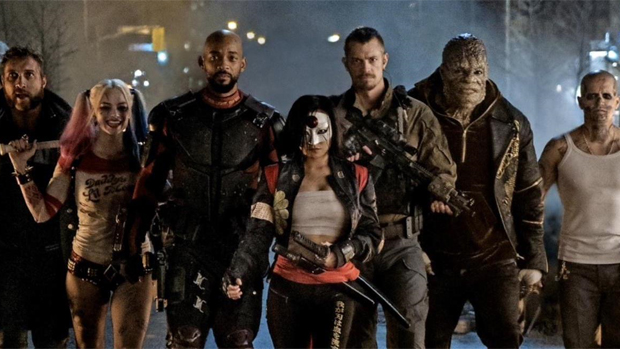 Cue to the Suicide Squad (…Worst. Heroes. Ever.) who are the only ones who can stop this primeval evil as they take us on an almost roller coaster action ride filled with special effects and carefully choreographed action scenes as ‘evil’ fights evil. However what made Suicide Squad more enjoyable for me than the other aforementioned Warner films was that the story which was more authentic to the origins of these characters and more importantly, some clever humour was thrown into the mix. Sure, it’s still grim and gritty but there was a beacon of light and hope still ingrained in the story plus some cool cameos from Batman (Ben Affleck), the Flash (Ezra Miller) and the Joker (Jared Leto). The creators even give us a montage of our these super villains were made which helps non DC Comics fans.

So as mentioned the story revolves around a group of super villains who have been banded together by Amanda Waller (Viola Davis) as Task Force X and that by joining the group, some of their jail time will be reduced plus maybe a few additional benefits to help with their time. But if they try to leave, a detonator planted inside their heads will make them go boom. This team includes the perfect shot hitman Deadshot (Wil Smith), crazed psychiatrist and lover of the Joker Harley Quinn (Margot Robbie), pryokinetic gangster El Diablo (Jay Hernandez), Australian thief Captain Boomerang (Jai Courtney), assassin Slipknot (Adam Beach), Killer Cros (Adewale Akinnuoye-Agbaje) and samurai sword weilder Katana (Karen Fukuhara) that are led by Colonel Rick Flag (Joel Kinnaman). Needless to say, not all see eye to eye. 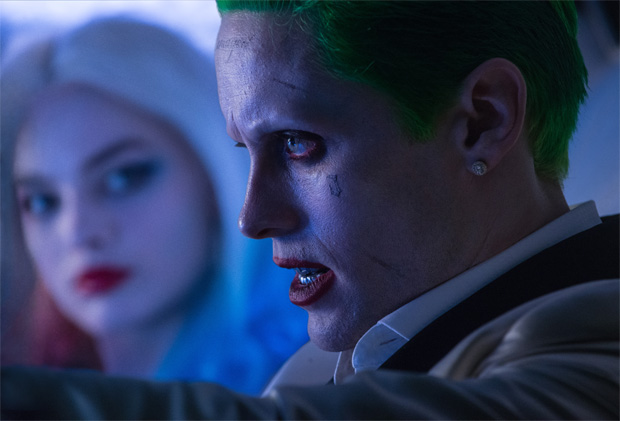 Unfortunately one of the recruits archaeologist June Moone (Cara Delevingne) has also been possessed by the Enchantress, a witch-goddess that with the help of her brother Incubus hopes to restore the world into their image. What I enjoyed about Suicide Squad which was a little different than other superhero films are the interactions between the characters and that old age analogy of there is no honour among thieves. Unfortunately given the large amount of characters in Suicide Squad, following the story does become a little convoluted at the best of times as it tries too hard to appease the fanboys (myself included) and make it accessible to those viewers who have never read the comic but may have enjoyed Batman vs Superman. Another issue is that there are way too many characters for each of them to explore their characters fully which is a shame because there’s some great back stories and actors involved.

However the stars of this film are Wil Smith and Margot Robbie who already share onscreen chemistry but they really bring their characters to life and I love the short yet entertaining scenes with Margot Robbie and Jared Leto as these crazed lovers of Harley Quinn and The Joker. Furthermore, the main villain in the film is quite unrelatable and does have parallels to Doomsday from Batman vs Superman or Parallax from the huge movie flop Green Lantern. However Cara Delevingne as the split personality June Moone and Enchantress is really good and proves she is more than a pretty face, although I do wonder about her almost strip club type dance near the end of the movie. 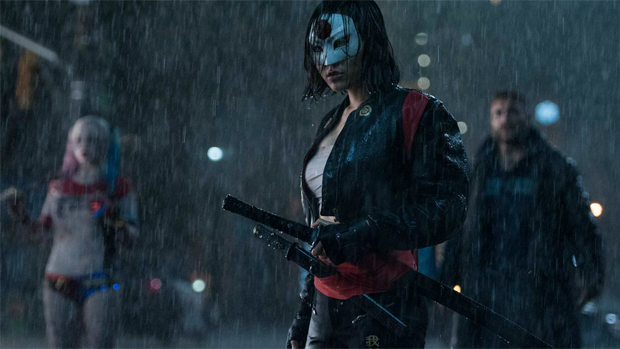 Also Jay really hams up the Australian accent in Suicide Squad which at times becomes a little clichéd and over the top.In relation to the extended cut, there’s about 11 minutes of additional footage which is focuses more on the relationships between Harley and the Joker (definitely a highlight), including Deadshot and Rick Flag. Given that, I was hoping to see some more scenes from the other members of the Suicide Squad, particularly Slipknot. Nonetheless, this movie still has its flaws but it’s definitely one of the better comic movies from Warner Bros.

On Blu-ray Suicide Squad is a very good looking film and when colour is used, it really pops. Overall, the image quality is quite sharp, however this is a very dark looking film. They actually needed to increase the contract and the colour palette but once again the channeling from Christopher Nolan comes into play. Audio is flawless with larger than life sounds, good levels and a pumping soundtrack. For special features, this release is booming with them as it takes the viewer behind the scenes and helps explore these fun characters. The gag reel was also quite funny and I found the Joker/Harley featurette quite interesting about these two ‘damaged’ character.

Special Features:
Task Force X: One Team, One Mission
Chasing the Real
Joker & Harley: “It” Couple of The Underworld
Squad Strength and Skills
Armed to the Teeth
This is Gonna Get Loud: The Epic Battles of Suicide Squad
The Squad Declassified
Gag Reel 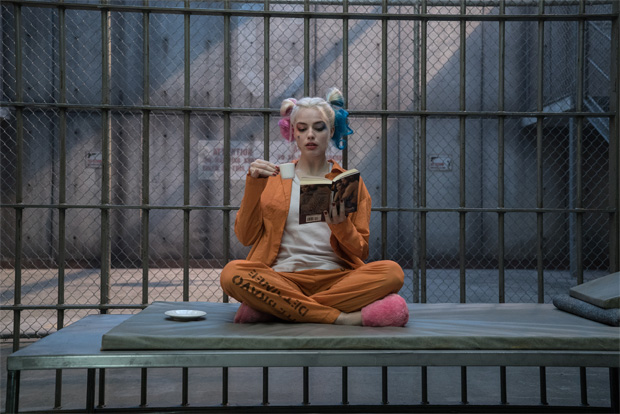 Suicide Squad isn’t the greatest superhero or anti-hero film and titles like Deadpool still highlight why a more colourful and comedic film works better for this genre. Nonetheless, it’s a step in the right direction for Warner Bros. and this is easily my favourite film so far out of the new superhero films from this company. The story is a little so-so but the characters are fun and the action sequences are to die for. Kudos to Wil Smith and Margot Robbie for help bringing these comic characters to life and all in all, it’s a fun popcorn film. 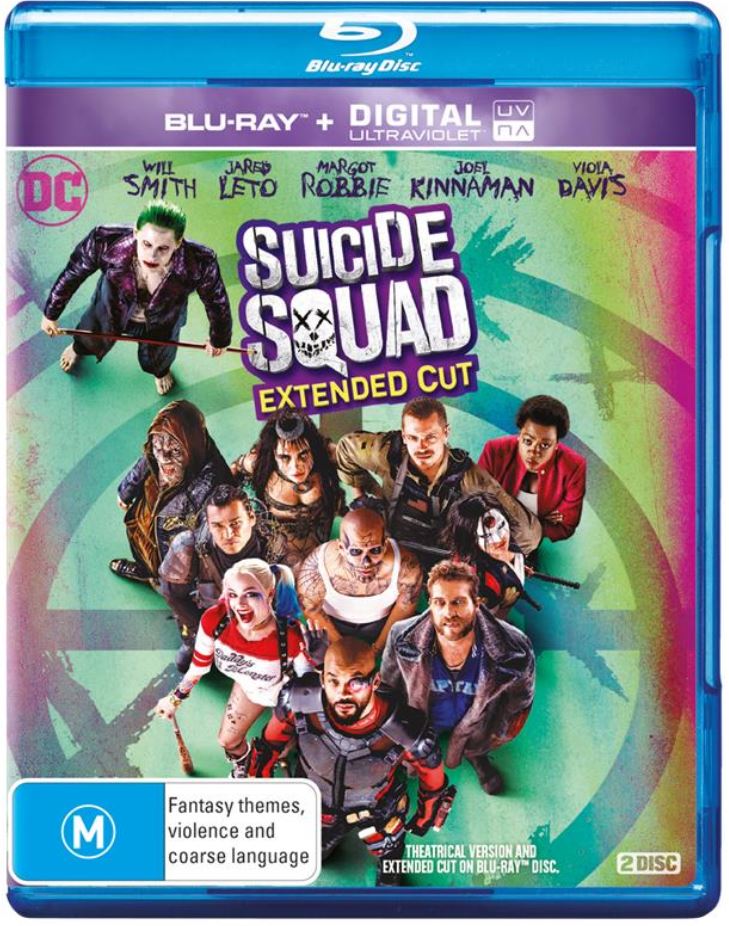