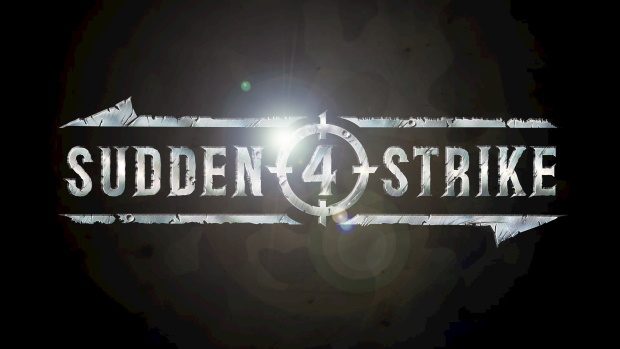 Summary: WWII RTS with battles on land and sea. Tactics rule the day but AI might annoy.

WWII is a well used theme for games. That statement is pretty obvious but it must be heavily considered by developers when deciding to make a game as it means the competition is much greater than a totally new or even less used theme. Sudden Strike 4 enters the fray as an RTS, but there is not base building here… you have your troops allocated to you and other than the odd reinforcement… that is more or less what you have to work with.

As much as it can be frustrating to not have access to a build cue that will provide you with fresh troops… it does arguably make for a far more “realistic” experience. It is likely to help hone your tactical skills too as you soon realise group selecting your troops will negate the benefit of individual units… units that will likely mean the difference between success or defeat at key moments of the battle ahead. Troop types is something that you have quite a lot of here and as mentioned, they have their strengths (and weaknesses). Strategy will also play heavily in regards to ammunition and fuel, it’s all very well to commandeer an enemy gun emplacement… but if you just keep shelling a location, hoping to hit a target, you will find yourself soon out of ammunition and with no way to destroy the enemy armour when you do spot them. 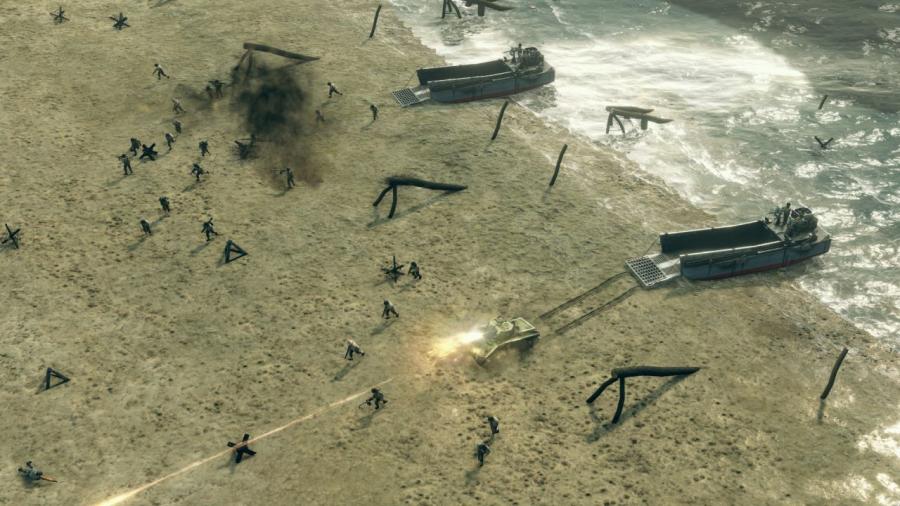 This again works very well making you feel like you need to careful plan your moves… but is a little frustrating when you have one of your own weapons or vehicles run out of supplies and you have allied resupply trucks or bases on the map, but you aren’t allowed to use them. Now I need to clarify there… you do have support units that can replenish you… but certain battles have non playable “allied” units. Those non playable allied units basically just sit on the map and even though they are clearly listed as resupply or refuel units or locations… even if you move your unit up to them… there is no way to get them to help (or at least I didn’t manage to get any help from them). 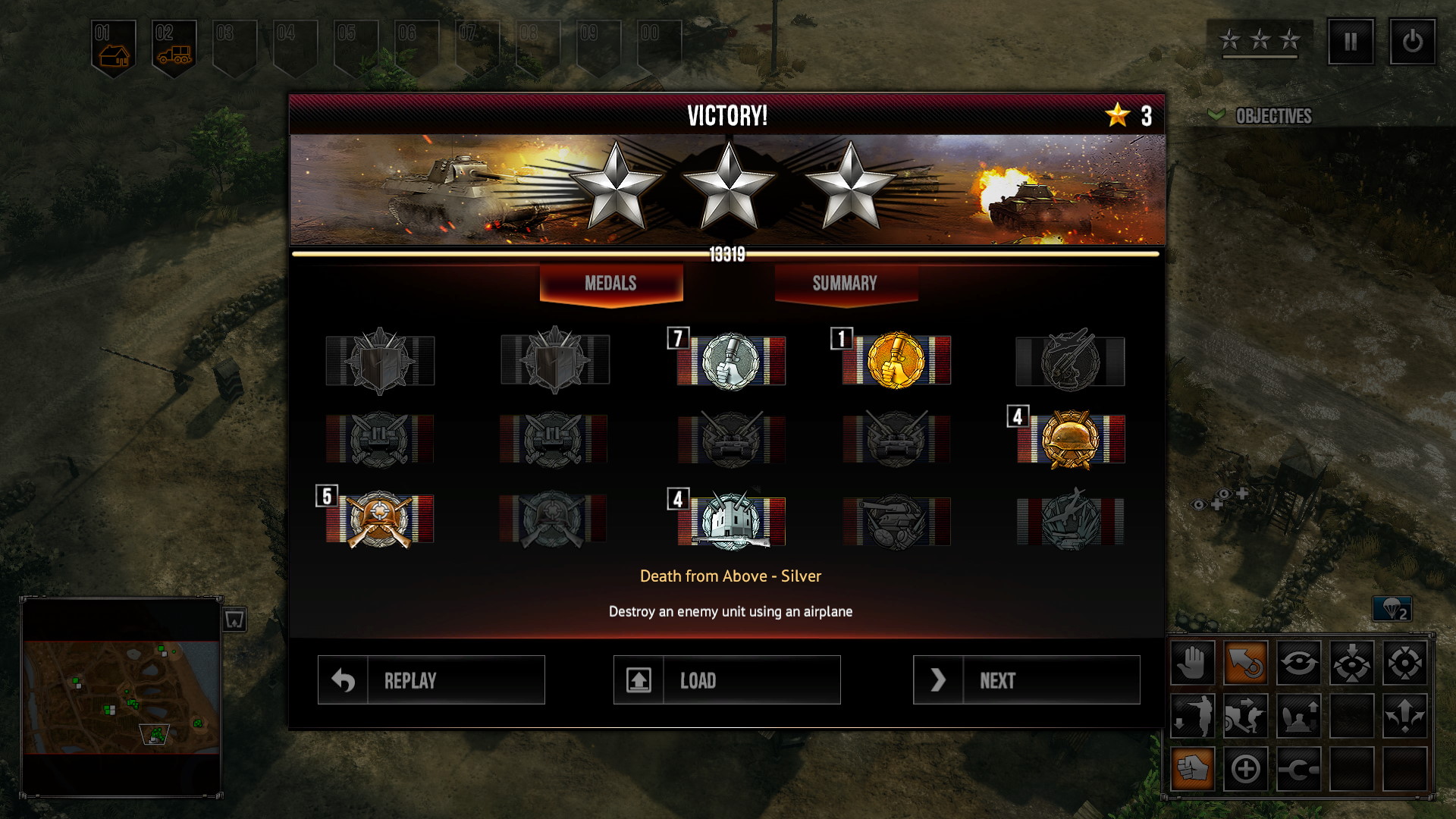 But that is just a small irritation… Sudden Strike 4 has a few little irritations but they aren’t anything game destroying. What it has going for it is, as mentioned, that tactical focus, the unit variety, the fantastic historic videos (I’m a sucker for historic footage and this just took me back to the early days of Medal of Honour). The DLC brings some nice new flavours as well, we have the familiar campaigns featuring Dunkirk, the desert war in Africa and the Pacific Campaign to name a few. But what is a bit different is the (albeit brief) naval battle. There probably have been other WWII RTS games with naval battles in them… but my aging brain can’t currently think of any. It just makes for a nice break from the land based battles that are the norm for the genre. 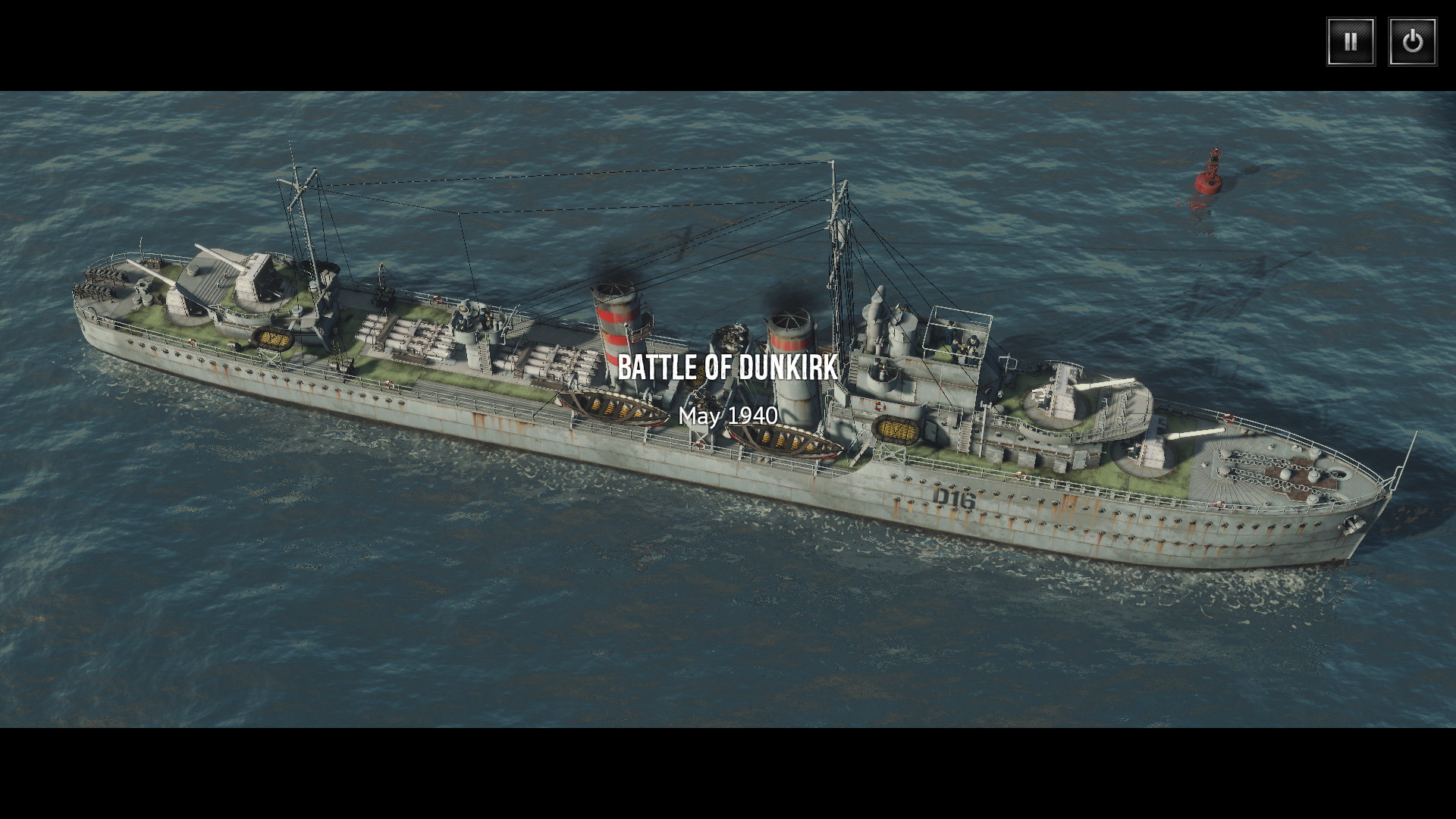 At the end of the day… there’s not a lot to distinguish Sudden Strike 4 from other WWII RTS games… there are small differences here and there but nothing major. That is both a pro and a con… it’s a pro if you love that style of gaming and simply want more. It’s a con if you really want something new in the field. Personally I’m a sucker for these sorts of games and the challenge level is just about right for me… I can go into battle and make mistakes, but figure out where I went wrong and try again with different tactics. The visuals are perfectly nice, with some lovely SFX and the audio will help immerse you in the experience. 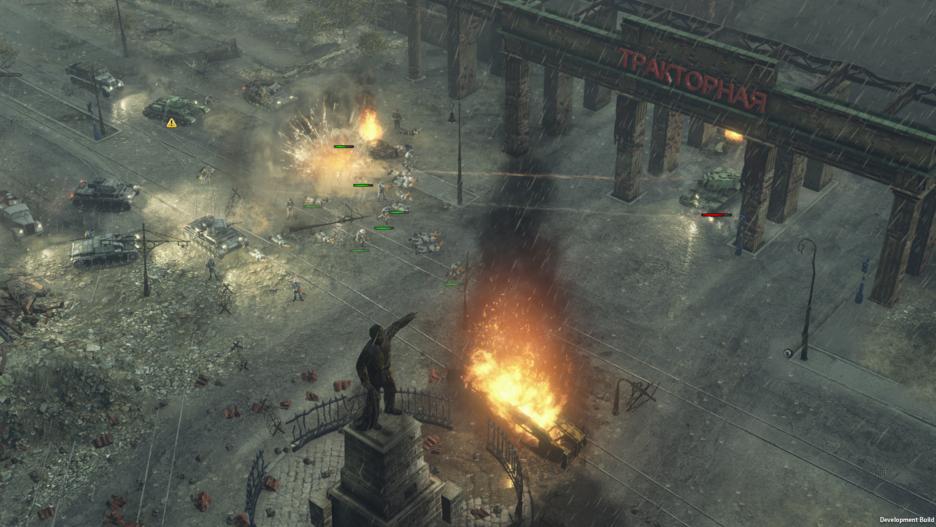 I’d say buy if you love your WWII RTS games regardless of uniqueness. If you need something new in the genre… this might not meet your desires.