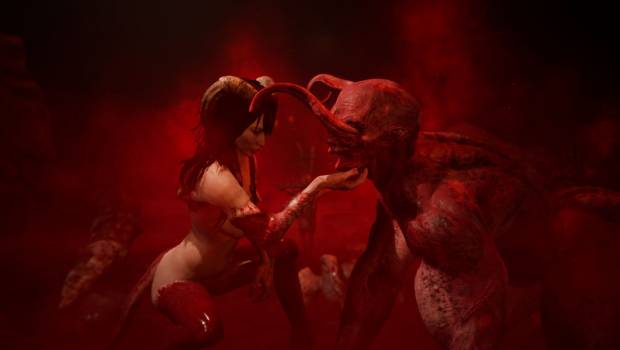 Community Villa would like to present the latest Succubus Teaser Trailer, focusing on a new type of an opponent – The Chort. This demon is a new type of threat to the main character. His unsurpassed melee power and fearlessness make him one of the most demanding enemies in the game. As soon as it enters the arena, it becomes a great challenge for the players, teaching them tactical approach to combat and skillful use of special powers.

One of the key elements of the Succubus promotional campaign remains the main character of the game – Vydija, who maintains her Twitter account, regularly uploading new photos and interesting facts from the game world. Vydija also occasionally gives interviews.

Players have the opportunity to maintain a dialogue with Vydija, who actively responds to their comments and suggestions.

Responding to the needs of the fans, we decided to expand Vydija’s activities on the Internet. Vydija has also begun to talk about the progress of the development of Succubus, describing it on her private Blog, which allows fans to be up to date with the production.