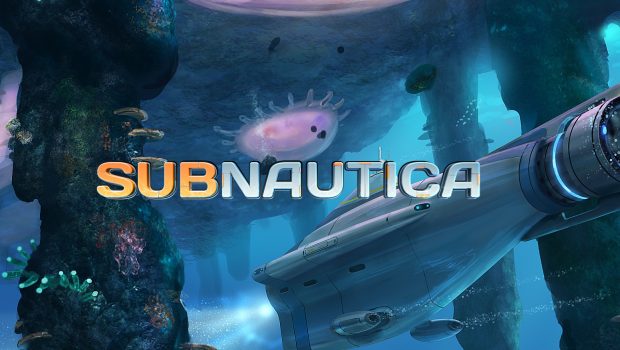 Subnautica is an open world underwater exploration and construction game that is set to take things to that next level in the survival style game genre. Unknown Worlds is the developer for Subnautica, some may know them for the work on Natural Selection 2. While the game is still in early access, it is one that I am suggesting it may well be worth your while to jump on this one even now.

It’s obvious in the games latest form that Unknown Worlds worked hard at this game.  This mix of Role Playing, sandbox play and the true feeling of exploring an unknown untouched world is an outright spectacular feeling as you play. 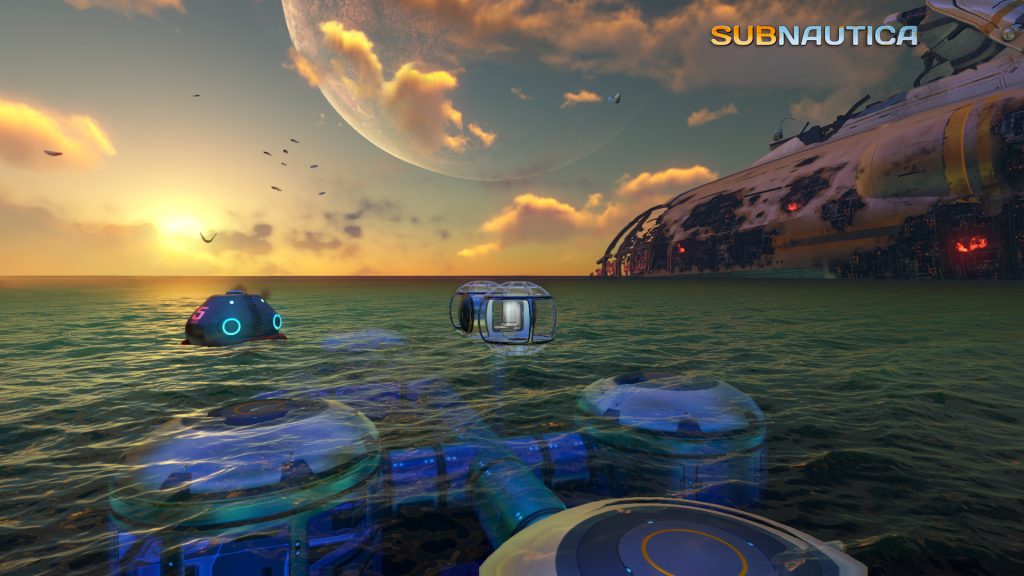 While there are other games out there that tout survival as their draw to their game, and even a couple that utilize water and or an ocean as more of a gimmick and obstacle, it’s the game Subnautica that makes you feel the wonder of what looks and feels like a thriving ecosystem of not only planetary and geological natural occurrences, but plants and animal life as well.

Now dial that up exponentially and have the player character have to deal with an environment not designed for humans… a world that is an ocean world… and you have a survival game like no other. From the frantic escape sequence in an escape life pod from your damaged and crashing space craft, to the realization when opening the top hatch for the first time that there are extreme challenges here in surviving… the game is a wonder. I originally got the code for the game from the developers a while back but wanted to hold off on any kind of review to see how the game developed. Now diving into Subnautica at this stage, I am delighted to get those senses of true wonder and exploration from this game.

The world is vibrant, alive and having been on a few real life snorkeling swims in the waters of Florida, and the Caribbean, I can say regarding this game I am astonished on how alive the underwater world looks. Even on this alien planet in a game, it just seems right. 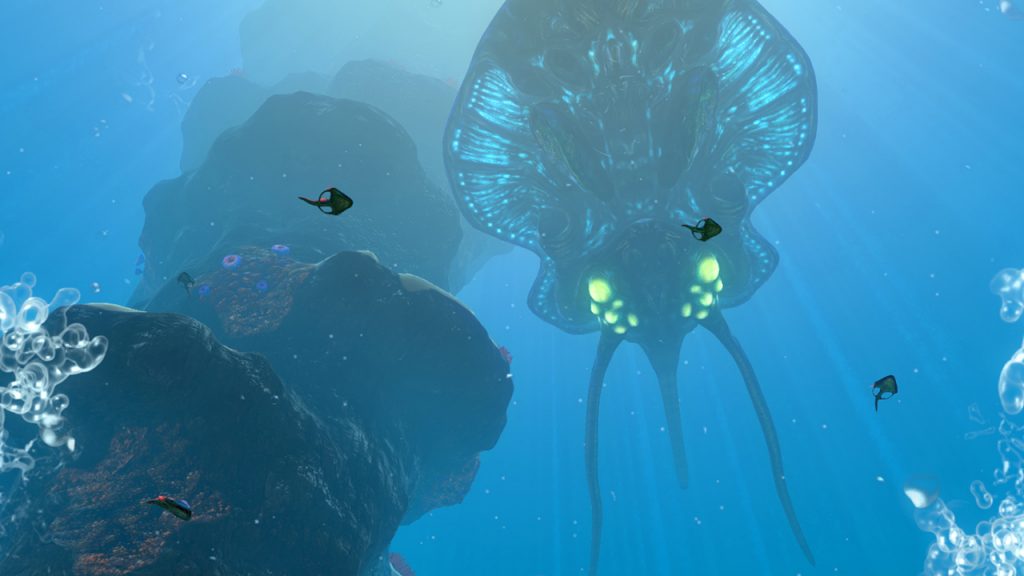 There is so much to see and explore. Beauty is all around as well as danger.  The sounds and sights are just hauntingly beautiful.  This goes for below the water as well as above since the planet has a day and night cycle. The skies look incredible and the top of the water looks just as incredible as its depths.

The game has a pretty decent system of crafting and thanks to the natural elements around as well as bits from the crashed ship, you have everything you need to survive.  Though some things will take more effort to salvage than others. That’s part of the fun on exploring, and of course the wonders of discovery. From the sand and coral flats to the Haunting kelp like forests, and even caves that wait to be found.

You will find yourself crafting elements to build other items, and tools and eventually other vehicles and habitats the better to survive with of course. The elements, and the harsh surroundings are not the only things the player has to watch out for. There are sea creatures as well. Many of them are beneficial for survival providing a food source. Some are dangerous and can be territorial of their little part of the sea. 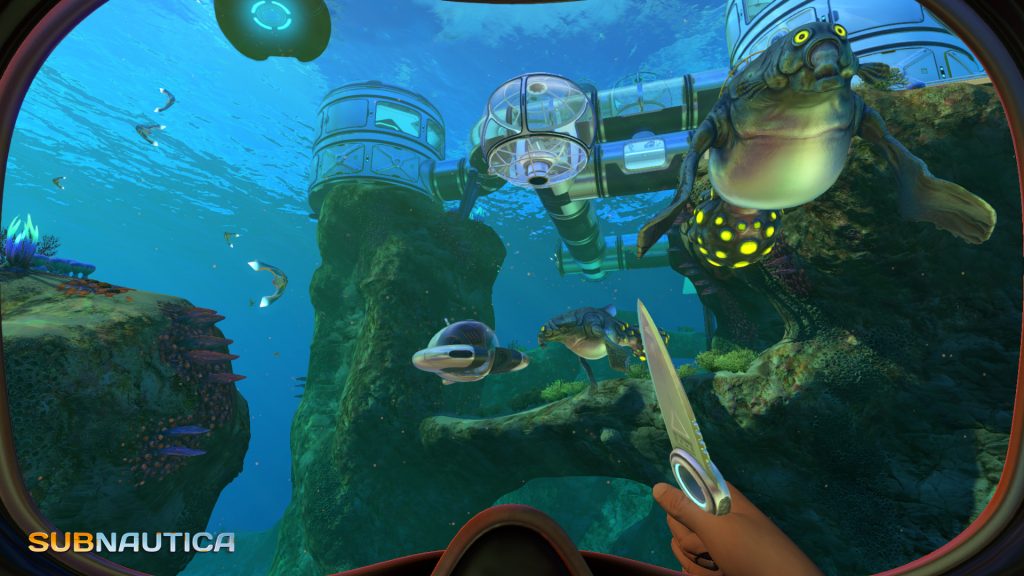 Finding out which one are docile and no threat and figuring out which ones are a bit of a danger is half the fun, or more like the horror. Because no matter what you craft to make dives easier, you are still in these creatures element. So add that element to deep waters and the unknown and you have some thrills and chills.

Players will not have to just jump right into it though,

The game has several different modes to suit any players taste and some of the modes are more suited for a sand box no worries exploration without consequences, while some will appeal to the hard core survival loving gamer. Because those survival type modes makes you earn almost every moment of life and discovery on this spectacular but unforgiving world. 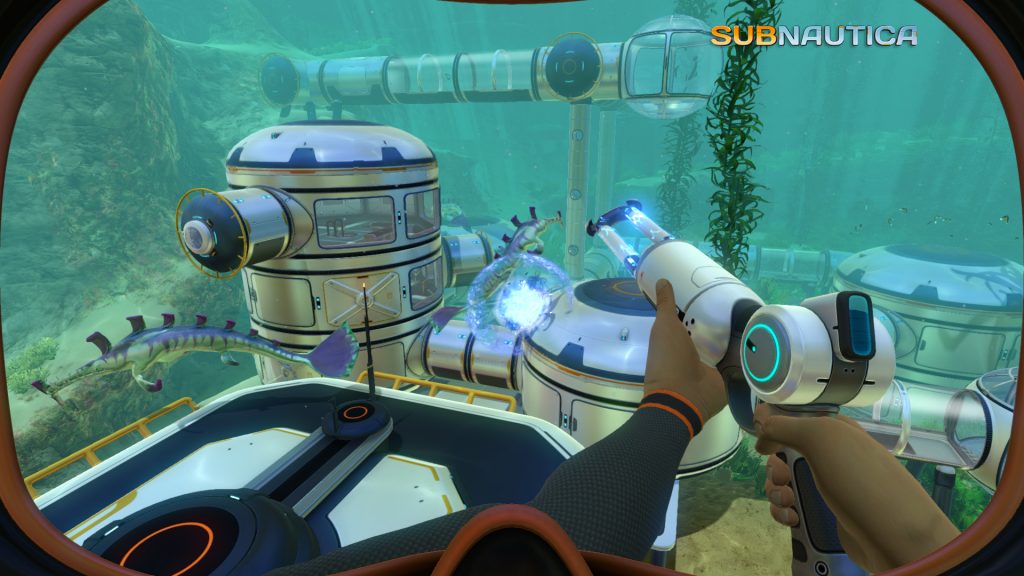 The game modes are:

The game also supports Oculus Rift, though we sadly did not get to check this aspect out. We did want to let it be known that it is supported.

Subnautica has a lot to explore and it is recommended you do so. Even as an early access game it plays surprisingly well. At this time it is a single player game. I could not imagine it being a multiplayer game, though I suppose it could be possible.  I would think maybe a crew of three or four players could make things interesting especially if they could interact.  Though this is of course only musings. It is an excellent single player game.