Summary: Stray is a game created for cat lovers by cat lovers, but with features and mechanics everyone can enjoy irrespective of age or pet preference.

Stray is the new feline-focused game from Annapurna Interactive that everyone seems to really love. The game occurs in a futuristic dystopian world where humans are no longer around. Just lots of vegetation, animals, robots, and an alien race that threatens the world and may be the reason the humans aren’t around anymore. The robots also seem to have taken over from the humans as they’ve formed their own community and have related and coexisted with one another for a long time. However, this coexistence is interrupted when an orange cat appears after being separated from its family. The unnamed cat then meets a new robot friend named B-12, who tags along and helps him on his quest to find a way back home.

The first thing players will notice in Stray is how well the developers captured a cat’s movements, behaviors, patterns, and sounds almost perfectly. So much so that it feels like you’re playing a cat simulator within an adventure game. You’ll often find yourself interacting with things in a cat-like manner, like scratching random objects or finding cozy places to sleep. Whatsmore, the fact that there’s a dedicated meow button alone proves just how much dedication was put into the game. The developers also did a great job of crafting the world-building and narrative of the game in a subtle but distinct way. It almost forces the player to want to be involved and learn more about the city’s history and mysteries, like how the robots that now populate the world communicate and live together and how they are starting to form patterns similar to humans. The gameplay in Stray is simple but not always easy. Players control the cat as it jumps, knocks over things, and interacts with items while your robot companion helps you open locks, enter passwords, and more. Puzzles range from finding and collecting items and finding ways to platform to specific areas, to avoiding enemies while trying to solve traversal puzzles. Of course, the second sentence is easier said than done, as enemies in the game will often find a way to swarm and surround you fast if you aren’t paying attention. Overall, for the most part, Stray’s puzzles are straightforward, but many will take time to try to solve.

Outside puzzles and traumatizing chases, players can purr and sprawl around the neon cyberpunk city and talk to robots with specific dialogue trees depending on the items you show them. Some robots, all of whom have their own distinct personalities, hold more importance to certain items over others, so if you encounter a robot who prides itself as a musician for example, it’s no surprise that if you find sheet music (which serve as a collectible in the game), it’’ll have a use for it. 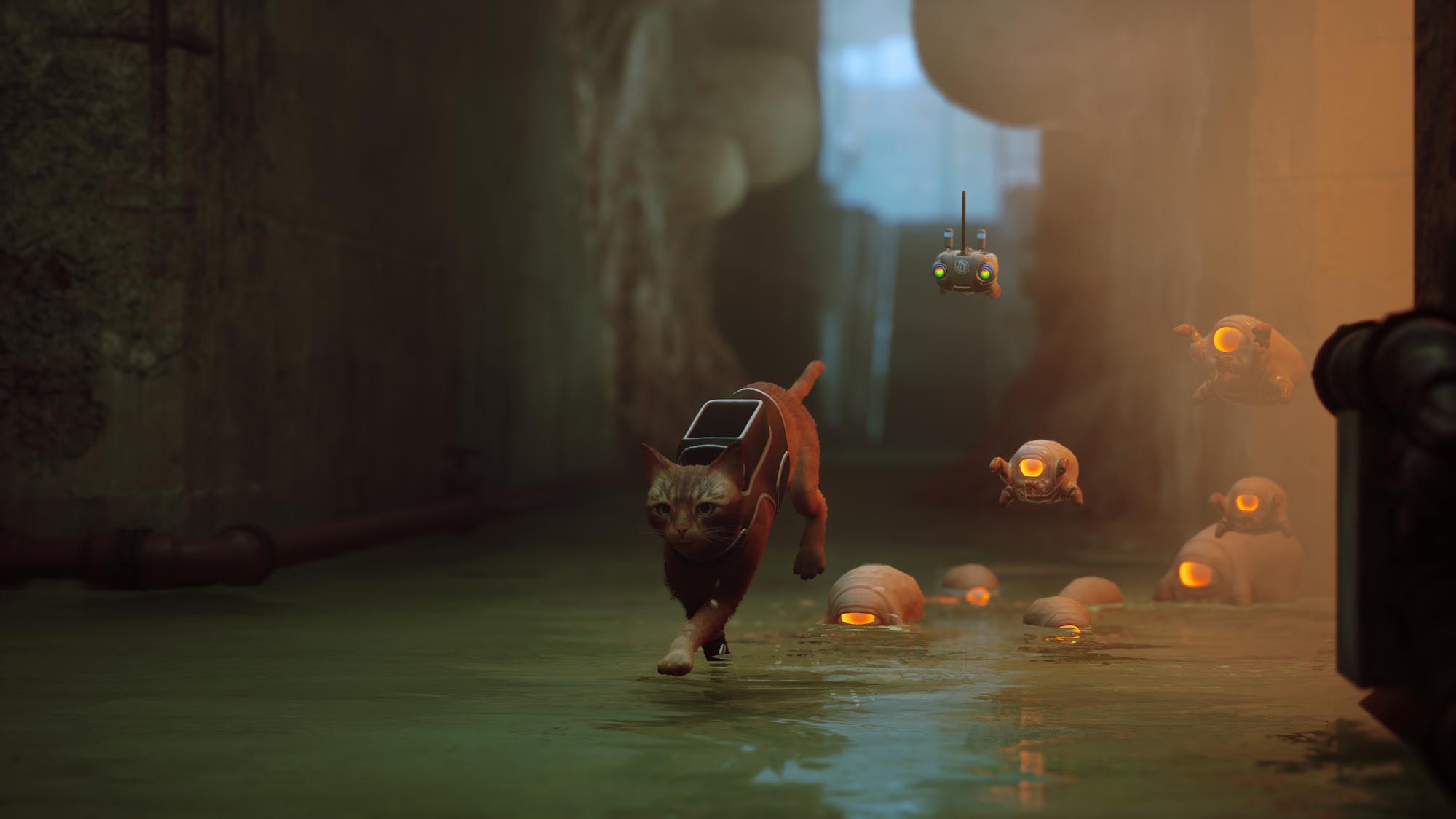 Other than that, another great aspect about Stray is its impeccable art direction and overall visuals. Players will traverse a slew of dynamic environments, from bright, neon cyberpunk cities and lush greenery to drab, depressing, dimly lit areas lacking in life and teeming with enemies. Your adventures will also be supported by great songs from the game’s excellent soundtrack that match the vibe of any scenario, be it exploring or escaping. 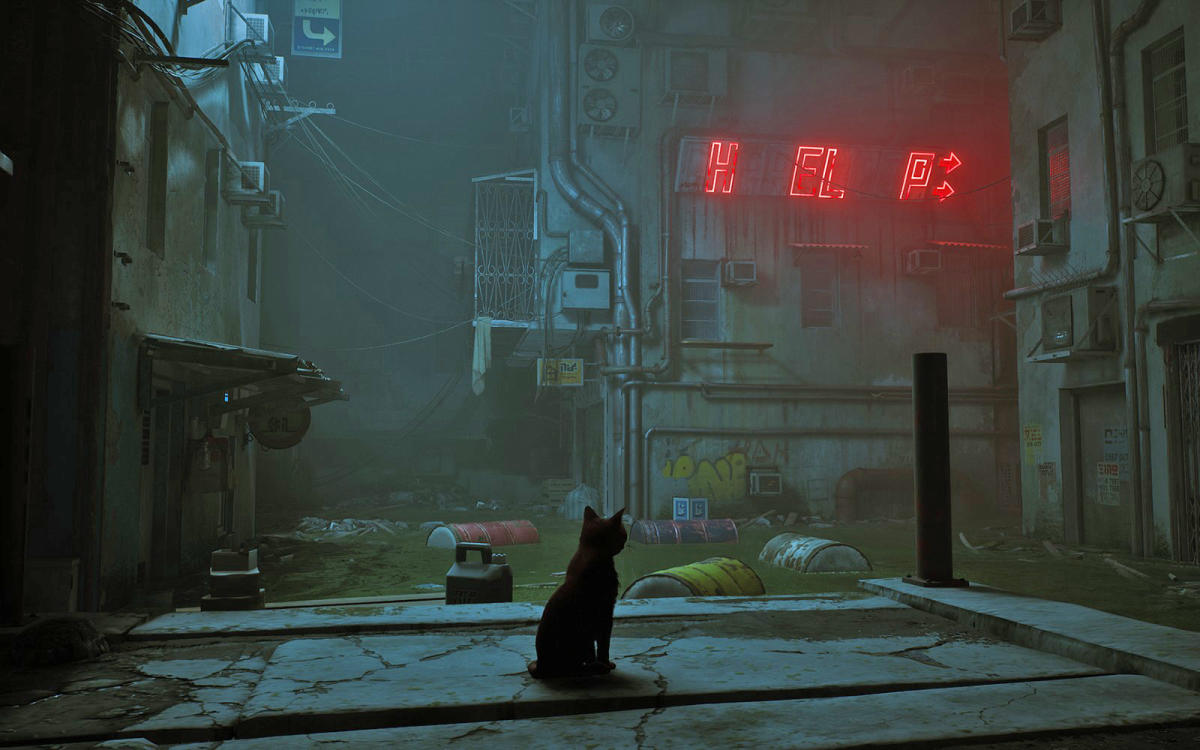 Overall, Stray surprised me in how well it wears its features and themes on its sleeve and how well crafted said features are. It’s a game created for cat lovers by cat lovers, but with features and mechanics everyone can enjoy irrespective of age or pet preference. It’s just too bad that the journey you’ll go on, while memorable, is incredibly short, at only about eight hours long.