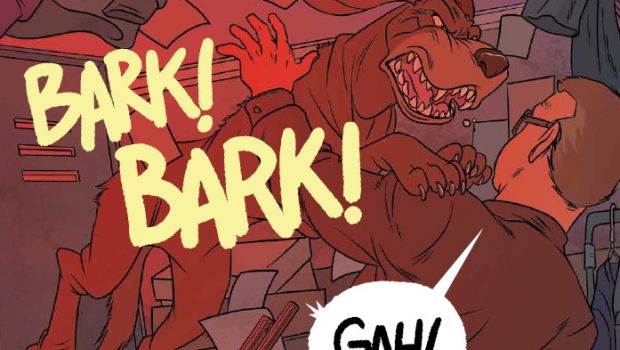 Summary: If you've come this far then you would want to finish the series. Bonus reader dog photos at the end of the issue.

After finding the pelt of one of their own in the punishment shed, the dogs finally confront their new master and bring things to a head. Who will survive?

After the last one in this series I pretty much had to read the end of the series. I have been following the Twitter of the creators of this series and have been enjoying the reactions to #4 in particular.

Even for a such short series they managed to fit an interesting an engaging series into it and the dogs are so cute, which makes it all the harder to read considering what happens during the story.

I may have been overly harsh taking one star off the entire issue for the contents of one panel but considering that the entire John Wick series is the result of the death of one dog it does show how much emotion is involved.

There are four pages of photos of readers’ dogs at the end of the issue to celebrate much like the last issue. Using part of it in the review of the last issue caused the writer to remark “Wow! Those tiny dog panels are so realistically drawn!”

Looking forward to the trade paperback edition of this and I would buy a physical copy of this for my collection, something that I rarely do as shipping times to Australia are so long and I have no idea when it actually comes out here.