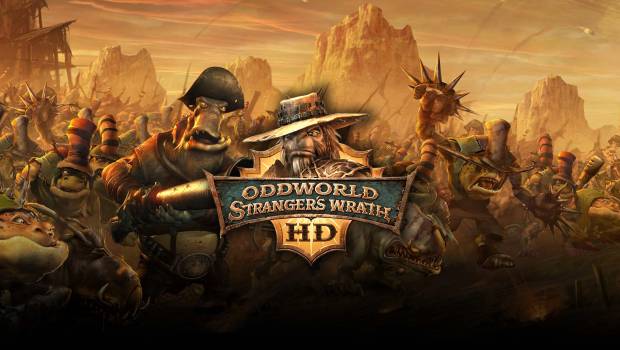 Summary: Still extremely unique, but age and the initial failings of the game are really starting to show their cracks.

When I boot up a HD remaster these days, there are some staples that I’m expecting to see. Updated visuals are a given, but I’m also expecting the UI, controls, and other basic mechanics to receive a new coat of paint to fit in with the design sensibilities of today’s standards. Sure, I don’t expect an entire redesign such as the extremely excellent Resident Evil 2 re-release, but I’m definitely looking for something that captures the nostalgia I have for a title, while bringing it into the “new age”. That’s what makes Oddworld: Stranger’s Wrath HD such a puzzling proposition – it delivers on none of these expectations. 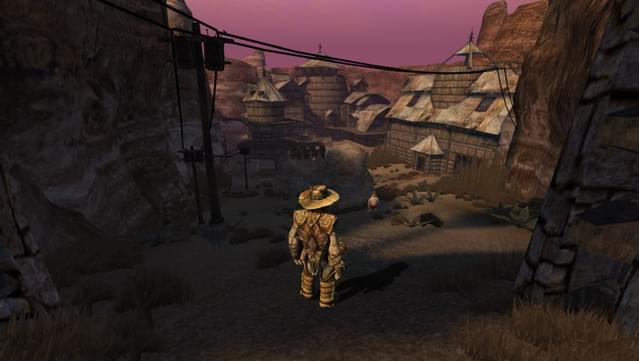 That’s not to say that Stranger’s Wrath isn’t an interesting title. When it launched in 2005 on the original Xbox, it was met with critical praise for it’s combination of FPS mechanics with third-person combat and platforming. I still feel that it’s ahead of the curve simply for using creatures in the world as ammo, each with their own properties to help you take down your enemies and capture them for some moolah. Yet fifteen years on, Stranger’s Wrath feels like a hulking relic that desperately needs a fresh coat of paint to make it worth sitting through.

If this is your first encounter with the Oddworld series, the clue is directly in the title – these games are Odd. Kicking off on the first PlayStation with Abe’s Odyssey, these quasi puzzle games were picked up on the fringe of the mainstream for their smart writing, dark humor and interesting mechanics. When Stranger’s Wrath was first announced as a hybrid FPS platformer, it was exciting that we were going to delve into the wider world of the Oddworld franchise, see things from a new perspective, and get an entirely new style of game. 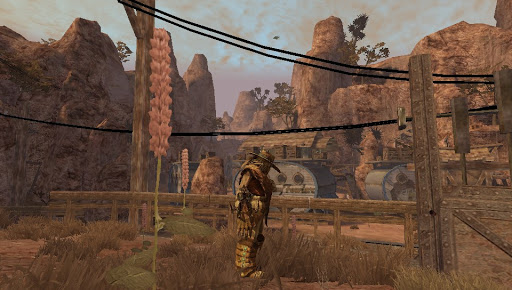 Even today Stranger’s Wrath has a lot of interesting ideas. The story follows the titular hero as he tries to earn enough money through his bounty hunting to pay for a life-saving operation, eventually leading to a dark and corrupt world that sends you down the rabbit hole that the Oddworld franchise is known for.

Yet it’s marred by gameplay that isn’t necessarily bad, just old. There are no mechanical improvements here, which means that you’re getting the same treatment as the original release. Controlling Stranger just feels off, not quite tight enough, a little too floaty. The level design feels old, and it should – this game is 15 years old after all, but when we live in a world that has The Legend of Zelda: Link’s Awakening HD which managed to keep the old design perfectly and overhaul everything else to make it feel new, I found myself feeling frustrated. Some small tweaks and design updates could have breathed new life into what is ostensibly an interesting game, but instead if feels lifeless and old.

The ammo system in Stranger’s Wrath HD is truly unique, and something that I’d like to see more shooters experiment with. Rather than a typical ammo system, Stranger incorporates a number of creatures from the game world, and the player switches between them to trigger certain effects. Your crossbow has two slots, so shooting a Fuzzle which acts a land mine in one area, then using a Chipmunk as an audio distraction to lead your enemies to the aforementioned mine is super satisfying. Finding creative ways to deal with your foes is some of the best elements of the game, and even today is a standout.

But just like the launch product, combining that thrilling FPS combat with some fairly rote platforming is where Stranger’s Wrath comes undone. Controlling Stranger just isn’t very fun in these situations, and while the environments and arenas are well designed, it can feel like a bit of a slog as you go from thrilling combat to the wandering stage until the cool combat kicks off again.

The other big problem that I have with Stranger’s Wrath HD is the audio. This is from a time when music triggers were basic, and audio quality in general was lacking. That really shows today, as no updates to audio fidelity or increased musical numbers have been added. It was really jarring to just have areas of silence, and once again another small detail that could have improved my experience. 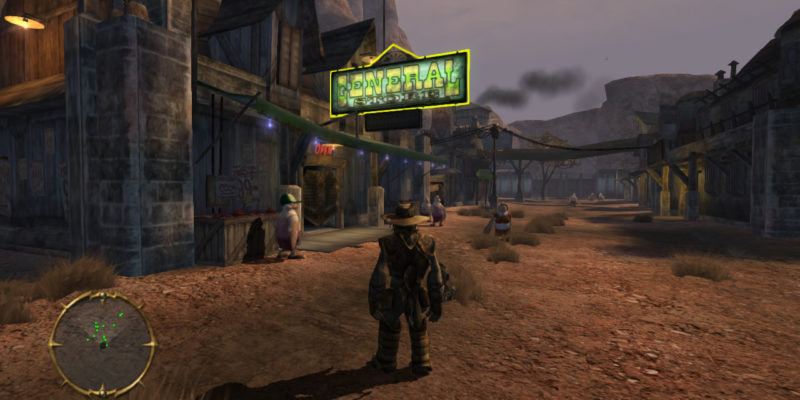 I sound overly negative in this review, but it’s because I don’t know who Stranger’s Wrath HD is for. If you’re a fan of the original game, this re-release has been floating around since 2011 when it arrived on current consoles and the PC. If you’re wanting to check it out for the first time, it’s going to feel horrifically dated, and I wonder if it has enough staying power if you aren’t already invested in the nostalgic dream of experiencing this weird and wonderful game again. I simply don’t know the answer, but I’ll give you this advice. If you want to experience one of the more interesting Oddworld games out there, or are interested in experiencing one of the more ambitious games of an era that was still trying to find itself on a new generation, this is definitely a title that will give you a history lesson in game design of that era. The real question is whether or not that is a valuable experience for you.